Wednesday September 4th 9 PM EDT / 6 PM PDT / 7 PM MDT / 8 PM CDT / The once a month Wednesday Watch-Along 2 short episodes = a fun way to celebrate the halfway point of the week!!! Join the Legion Club as we celebrate an optimistic vision of the future!

Where: Right here on the forums! In this thread! In the comments!
When: Wednesday September 4th 9 PM EDT / 6 PM PDT / 7 PM MDT / 8 PM CDT /
We’ll launch the recordings in perfect unison like a precision marching band at the appointed time!

S1:E9 — “Brain Drain” - A major malfunction sends Brainiac 5’s genius IQ plummeting. To obtain the rare element needed to save him, Superman and Timber Wolf must travel to the most inhospitable planet in the galaxy – and thanks to a transporter accident, they have only Brainy’s head to guide them. DC Universe

The Substitutes
S1:E10 — “The Substitutes” - It’s that time of year again – Legion Auditions! This year’s crop is hardly promising, with most hopefuls turning out to be comic duds. But when the Legion is overwhelmed fighting a mysterious foe in Earth’s upper atmosphere, a group of rejects takes it upon themselves to save the world below… with outrageous results. DC Universe 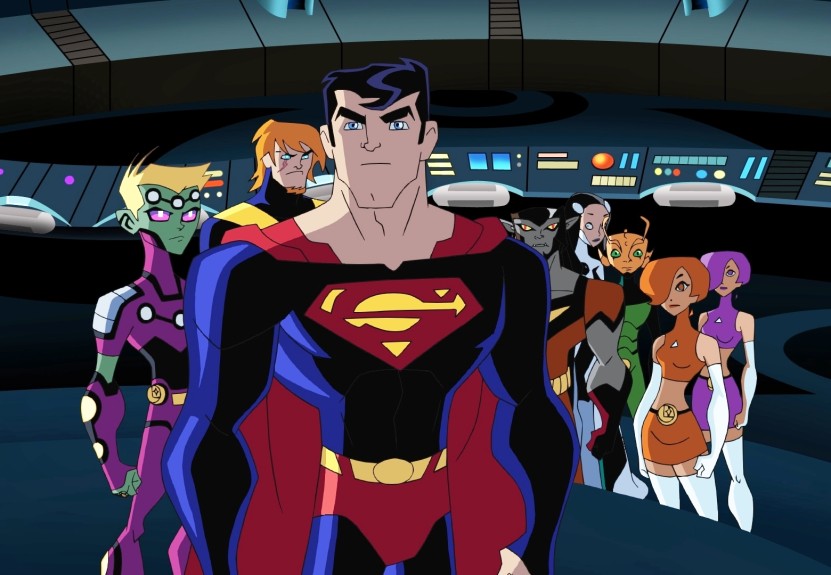 Wow, is that a snapshot of GROWN UP Legionnaires???

Can we bring our copy of Legion of Super-Heroes: Millennium #1 and nerd out about that too? Pweeez Don-El?

Sure please do. But you’ll have to share with the rest of the class!

as long as the Hurricane doesn’t give me a hard time I’ll be here.

@Aquamon Know your fellow Legionnaires are with you and wish for your safety and well-being.

@Don-El I’ll cast Millennium to a TV from DCU’s storage room. That way everyone can see it all pretty and big and stuff.

We’re all wishing you the very best, @AquamonC137! Please stay safe out there.

More on topic, I can’t wait for the 4th! Unfortunately, I won’t be able to join you, but will definitely keep an eye on all of the fun. This show is a personal favorite of mine and I do hope everyone here has an awesome time. <3

Oh this is tonight? I’ll have to arrange my schedule so I show up!!

Crazy! I almost forgot. If I had a Legion ring, I could have put that on to remember the Watchalong happening in just 1 hour and 49 minutes!

the bass is outrageous on this show!