The “CSI” - style Legion Lost New 52 story continues it’s gory / gross way on, this time featuring a nasty-looking Timber Wolf superpower of his clawed fingers bloodily flying off his hands at his adversary, and a hybrid human / alien infected chewing on another human…

I didn’t see the ending to issue three coming: the assumed-dead Chameleon Girl has actually been combined with multiple humans infected and has been behind the chewing / gnawing / attempts at consumpion going on it looks like. 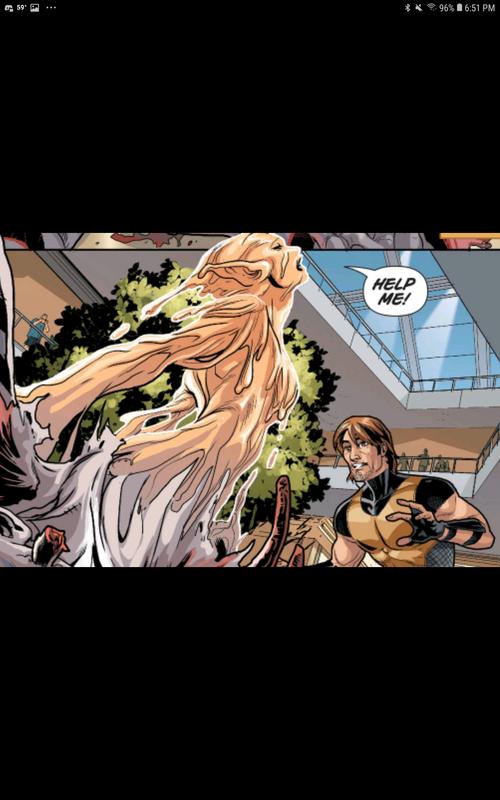 The main villain from the future is finally subdued and captive. There is “hope” finally, although humanity is now infected in a big way with this combo alien DNA virus thing.

Issue 5 ends with one of the JLA big guns finally showing up (I think Martian Manhunter was with Stormwatch when this issue came out, which at the time was way way cool)…

Nice to see Gates return, although it’s unclear if Chameleon Girl is on her way back… 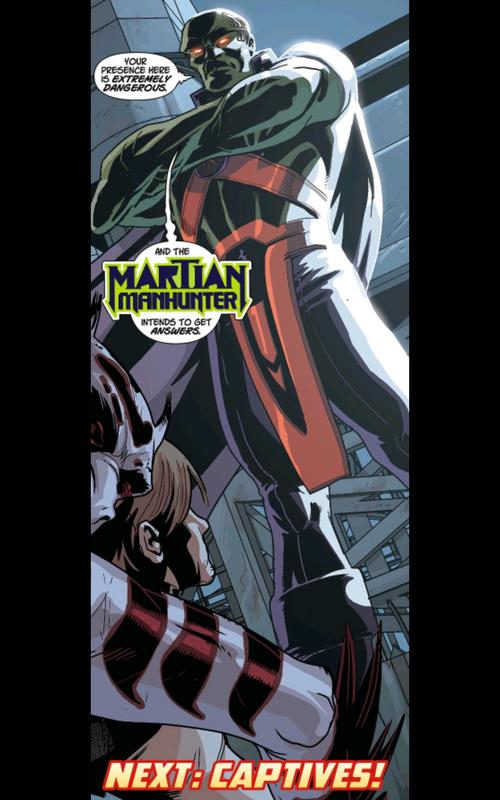 Yeah, he was in Stormwatch at this time, but he was even kind of adjacent there. They were playing him up as this Machiavellian being who was there to save the world from an unknown force, and I thought that was a pretty cool take on him.

That splash page with Wildfire and Tyroc in #4? Mwah! What a stunner!

I love Pete Woods’ art on this series (and in general).

Love the Martian Manhunter of Stormwatch appearance! Wow, did they ever make him a real character at the time! Sppppooookkyyy!

Nice ending to the first storyline! 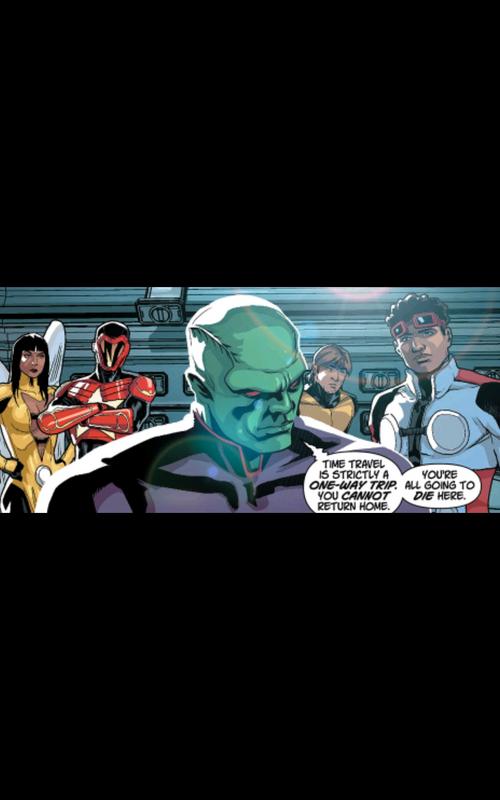 DeFalco takes over! Things slow down, some nice character studies with Tellus and Oz. Fun to watch Timber Wolf cut loose and do what he does best!

Rating of first 7 issues: 7 out of 10. Fond memories of this being part of the larger New 52 tsunami; I don’t really enjoy biological / CSI gross themes, so that probably calmed down the sizzle a bit for me, but no question, this theme is very legitimate for a Sci Fi comic!

Wildfire leans over to Dawny and whispers “He’s not getting anymore Oreos from us.”

Speaking of Dawnstar, she had some stellar moments in #5. I really enjoy her.

Oh, a Back to the Future part III reference.

Just wanted to share a couple of my favorite pages from this selection. Loved the psychedelic vibe of this page and how it visualizes the way Dawnstar tracks and visualizes the world/ universe around her. 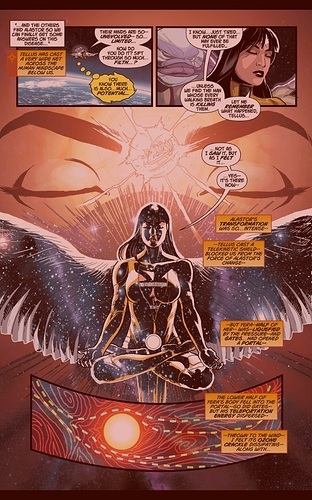 It seems super rare when the Legion references any post heroes outside of Superman, so this was cool to see, nor to mention Timber Wolf being gruff and sassy. 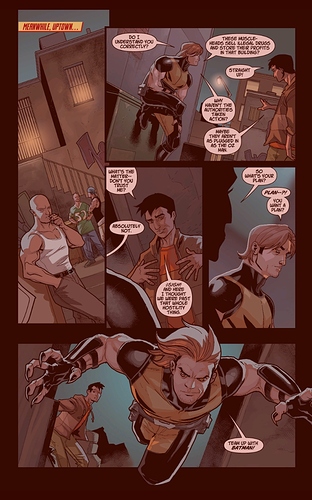 JL I love the idea of the letter, that is very very brilliant! And maybe I’ve seen it more than one movie or TV series, but I forgot.

JK agreed on both of those things for posting those two images!

@Jay_Kay That was one of my favorite scenes with Dawnstar from throughout these seven issues.

This Legion BC has drawn to a close. Thanks as always to those who participated.

Look to the stars for more upcoming Legion adventures in the very near future.