An interesting time for the Legion, where these folks were trapped in the 1990s. I’m not sure why that theme keeps coming up, but this maybe was one of the first long-term stuck in the primitive past of the 20th century runs for a limited number of Legionnaires.

Some nice comedy moments with the adult Superman trying to keep his composure with the youngun’s and their typical youth anxieties about new relationships and identity and self confidence etc. So true, so true…

A fun gem from the past, interesting how many times the Legion shows up in these present day one shots!

Roll Call of those stranded in 1996- hey, it’s only 23 years ago, and I don’t want to be stranded back there either! 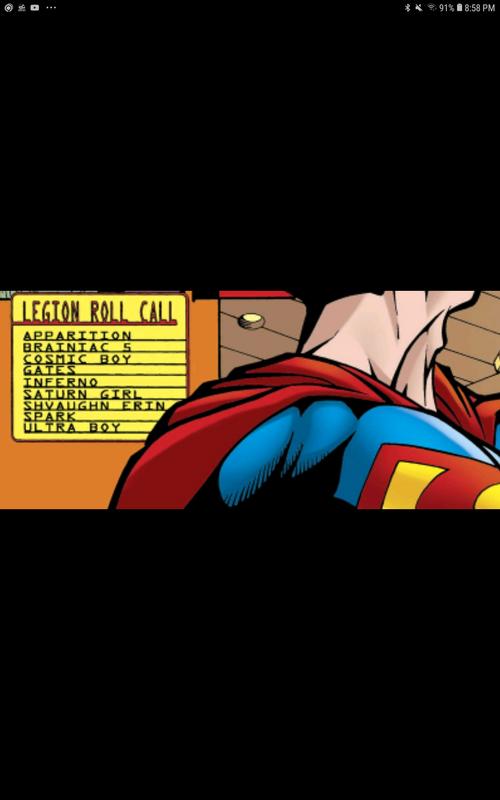 Superhero etiquette 101: always be super-nice to other superheroes at all times, especially when they are having you over as guests, no matter how S T R A N G E things get… 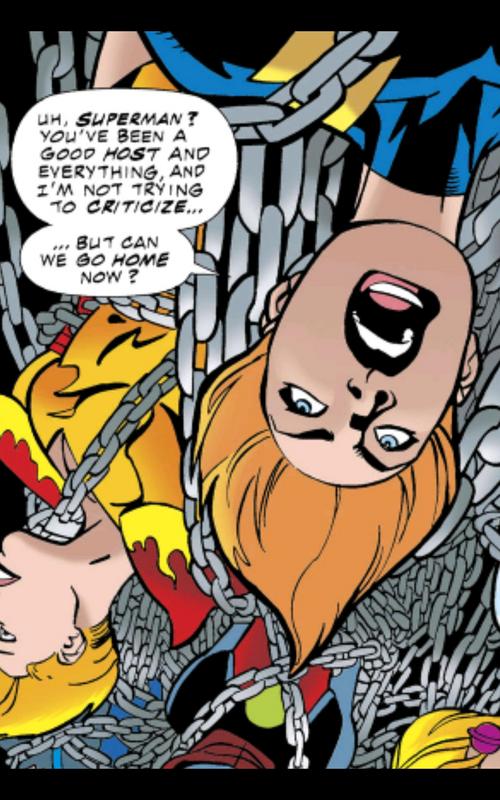 @DE What, you don’t like being tied up in chains?

Yeah, I’d hate that too.

Discussion for last week’s selection has officially ended. R.J. Brande and myself thank you.

Look to the future for a new round of Legion adventure soon!