I remember this run of the Legion so well. I was on 11th grade I think. I remember watching the Blackhawks in the NHL playoffs with friends and family while reading issue 300. So this puts us in early summer 1983.

There was a lot of great comics this month. For context, this is what folks were also picking up in May of 1983.

I could go one. Nexus, Teen Titans, the first JLA annual. We still had Charleston. Good times.

Ah Alpha Flight #1. I remember enjoying that book so much back in the day.

In the year nine-teen eighty three…

My wife and I read Camelot 3000 at that time, loved that Brian Bolland artwork. Along with Jon Sable, we also picked up American Flagg by First Comics as well with Chaykin writing and drawing (best he’s ever done at both in my opinion).

Ametheyst was introduced in Legion of Super-Heroes #298 in an insert, and DCU actually has it here (unlike the Blue Devil preview that was in Firestorm).

First Comics had some exciting titles out of the gate. The relaunch of E-man too.

Long time legion fan . Read it as a kid in the late 70s/early 80s . Fondly remember one of those “treasury edition” books featuring the legion vs Mordru. Have a lot of the Baxter series for the 80s and pretty much all of the 5ysars later through reboot . Have a few threeboot book, but not much of Johns’ reintroduction .

Look forward to the club!

By accident, DCU actually has one of those treasury editions that we read earlier this year:

For this week’s Legion of Super-Heroes Club weekly reading “forbidden” fun, the Time Bubble has only crawled 4 years into the future from last week’s reading. This is indeed a type of comic book that normally is not on the DCU library service, as it is not a normal sized comic, but is the gigantuan “tabloid” size 13.5” by 10” (like the famous “Superman vs. Muhammad Ali”). ALL NEW COLLECTORS’ EDITION (1977-1980) #55 Superboy and the Legion of Super-heroes 65 PAGES RELEASED 10/5/77 Superboy…

Thanks for the suggestion there. I need more Legion in my life.

DCU Library pro tip: click the thumbnail image of the cover to see the full glory of the back and front Mike Grell magic! 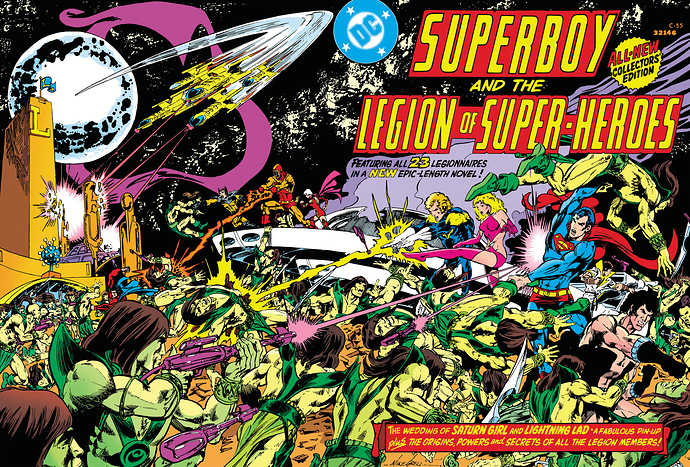 I think I’m in love.

Love it ! What a great era that was!

I looked up the old treasury edition I was remembering from my youth. It was this one: 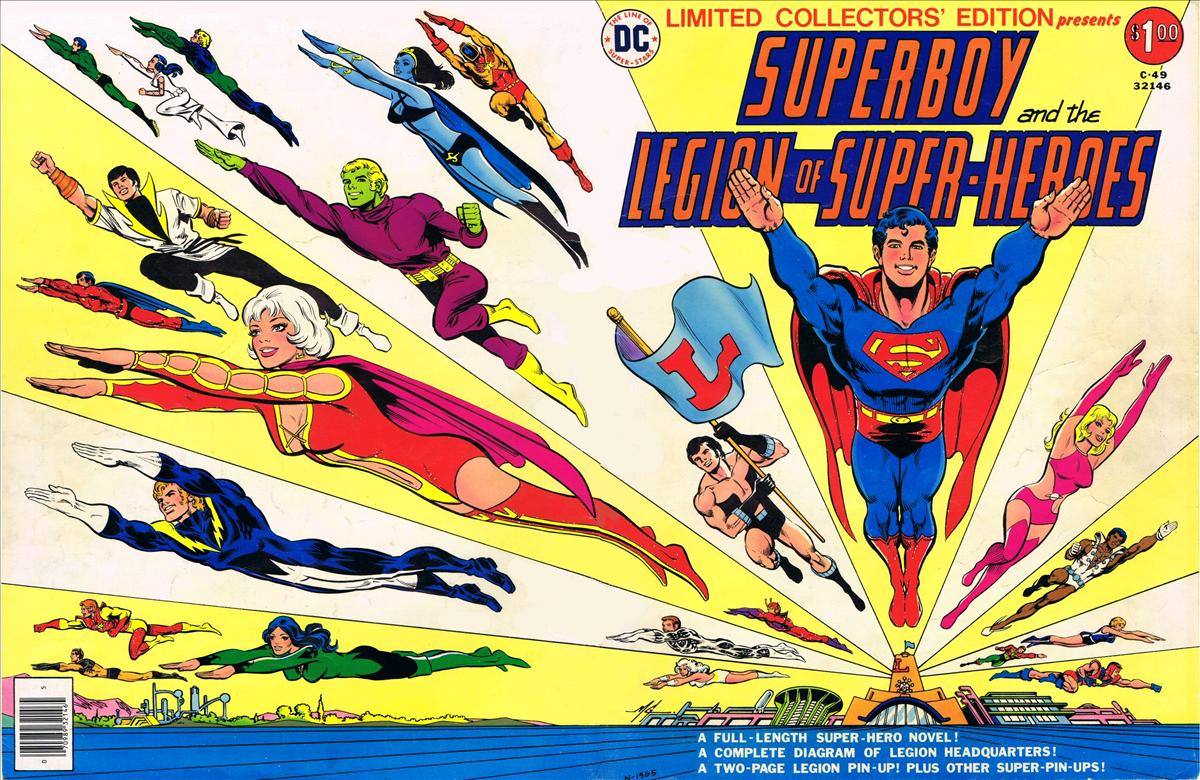 It features the Mordru story from Adventure Comics #369 and #370, which you can read on DCU here:

That’s great cover too @silveralex . I’m going to have to read that story soon.

This club is now active again.

If anyone is interested in reading Legion, please join.

New and improved and updated intro with one or two more featured links!

Wow, a second printing on the 6th issue of the current Bendis / Sook Legion run! 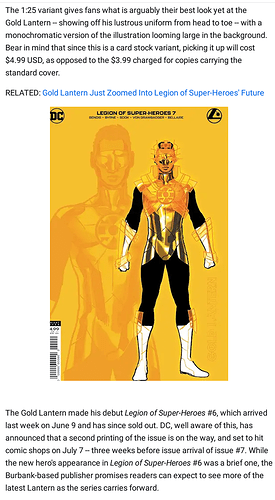 (The cover here is for next month’s issue 7)

I think I’ll search for stories of Lanterns with Legion for upcoming biweekly reading selections that we haven’t covered yet!

Legion fanatics everywhere, as we spend a couple of extra weeks on the Final Crisis Legion reading, note that the latest issue of the current Bendis / Sook Legion just arrived on Comixology and at your local comics dealer! In my opinion, the artwork and coloring of this new series is extraordinary, and the storyline is just fine as well (sorry pre teen Jon fans)… 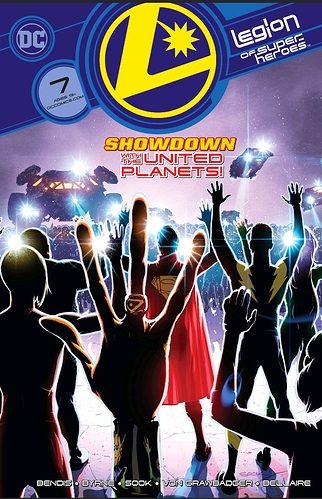 There will be a planned Watchalong next Saturday the 22nd at 10:45 pm Eastern / 7:45 pm PT for the DC fandom panel about the Legion of Super-Heroes complete series coming out on Blu-ray. The stars and showrunners will be chatting about the series!!!