[Legion Fan Club] presents a milestone, the real end of SUPERBOY AND THE LEGION OF SUPER-HEROES (1977-) , presided over by the Honorable Gerry Conway and transcribed in ink by Joe Station as we continue reading the Legion of the very late ‘70s! Among other features this time around, the Legion of Substitute Heroes steps up!! 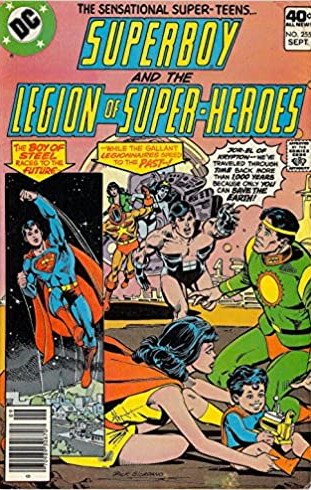 SUPERBOY AND THE LEGION OF SUPER-HEROES (1977-) #253 Superboy LoSH 253
Five youths seek revenge on six Legionnaires. They believe the heroes destroyed their home planet. They easily defeat five of them and go after their final victim…Superboy.

SUPERBOY AND THE LEGION OF SUPER-HEROES (1977-) #254 Superboy LoSH 254
Brainiac 5 enlists the Legion of Substitute Heroes for assistance against the Super-Assassins.

SUPERBOY AND THE LEGION OF SUPER-HEROES (1977-) #255 Superboy LoSH 255
The Legion travels back in time to Krypton on the day of its destruction in order to save the citizens of 30th Century Tokyo.

SUPERBOY AND THE LEGION OF SUPER-HEROES (1977-) #256 Superboy LoSH 256
The Legion takes Brainiac 5 to an amusement park in order to show him illusions of his past.

SUPERBOY AND THE LEGION OF SUPER-HEROES (1977-) #257 Superboy LoSH 257
The Legion tries to get to the bottom of the bankruptcy of R.J. Brande.

SUPERBOY AND THE LEGION OF SUPER-HEROES (1977-) #258 Superboy LoSH 258
The Legion discovers that the president of Earth has been siphoning funds from R.J. Brande to rebuild the planet, just before the super-team is attacked by a villain called the Psycho-Warrior.

Some items for discussion / debate: 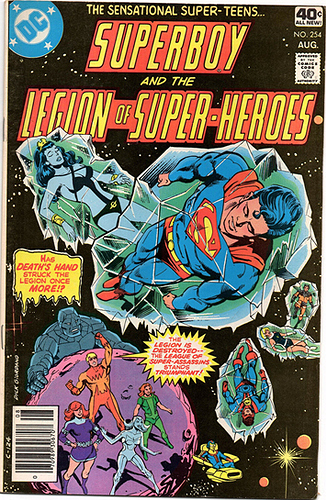 Next week: We hop in the Time Bubble to go to the mid-90s and see what a young Mark Waid is up to with that Zero Hour for LEGIONNAIRES!!!

It has taken me all week to get to this and I’m still only two issues into it. I got on a Suicide Squad kick and wanted to finish the rebirth series before moving on. 50 comics in just over a week. Not too bad.

I think this was a great Substitute Legion appearance. I like how Brainy brought them into it, and how he utilized their powers to take down the Super Assassins. That story was pretty good overall, except for the suspended animation bit. That was a bit of a contrivance.

I’ll get to the rest of the issues later today. I’m glad you’re back.

Thanks @Meisaj . FYI, my book club readings are piling to the sky with what I’m behind on .

I think my favorite might be the plot with RJ Brande. I liked the moral quandary that came about at the end. I wanted to like the stuff with Brainiac 5, because of how half-brained the process to make him cray-cray was so off, but how his sanity was brought back didn’t make that much sense either.

Now, I’m not 100% sure if these came from his era, but the two from the reading of this era that come to mind are these.

For one I liked, I think I have to go with Saturn Girl’s. Is it practical? Hell no. But it’s unique and pops. 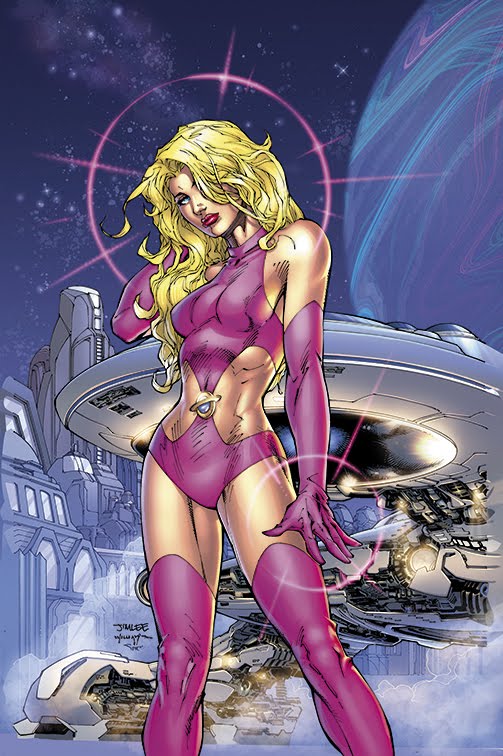 As for worst, I would probably have to go with Cosmic Boy’s. Like, don’t get me wrong, it’s not because of the amount of skin – I support equal opportunity sexiness. It just looks so awkward and unflattering. 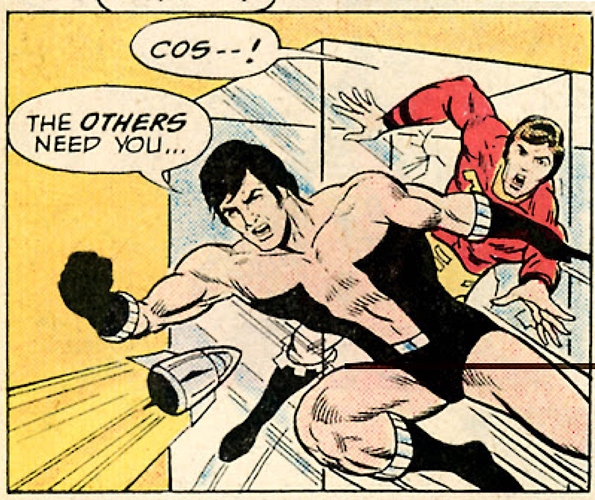 From the one issue we’ve seen him so far…I’ll give him a 2 1/2. He has a good start, but let’s see how he sticks the landing. Considering I’ve never heard of him before, I’m going to have to imagine this guy didn’t really get reader’s attention back then.

I’d say so – it was interesting seeing Brainiac 5 sort of lead them, and they were able to hold up on their own. Really, at this point, they really don’t seem to screw up that much and I’m surprised none of them have made it to the big leagues yet.

You know I got to say while the Saturn girl uniform you posted it isn’t exactly practical for warfare or the police / National Guard work the Legion often do, the Saturn planet buckle is pretty cool and I myself would like one of those!!

Whenever this era’s Cosmic Boy shows up in that bizarre uniform, I try to imagine that’s really just a pink uniform and that there’s an ingeniously hidden line that goes to his actual skin up under his ears. I don’t want the poor lad to catch a cold from a breeze.

I don’t think I realized the buckle was Saturn. I like that.

And Cosmic Boys uniform makes me think of all the other uniforms like that, how much sticky tape is underneath to make it stay up? It doesn’t even tie up like a corset.

I would agree that the R.J. Brande story was the best plot out of the three. I do like the resolution as well. It seems like something the founder of the Legion would do in a situation like that. The Brainiac story’s resolution was ok. But then lost me with him instantly knowing that an earthquake was going to happen.

It makes you wonder how many natural disasters Brainy knows about or can predict and does nothing about.