For this week’s Legion Fan Club reading adventure, we fly back to the earliest days of Levitz’ productivity for Legion, back in 1977 (he had co created “Stalker” back in 1974 as one of his first writing assignments for DC)!

Yup, the Legion Fan Club proudly presents: “Stargrave: Are You My Green Daddy?”
Featuring great Neal Adams art and covers, a last hurrah for a while from Jim Shooter, and pinch-hitting by Curt Swan!

SUPERBOY (1949-) #225 3/2/77 DC Universe
Wildfire is sworn in as new Legion leader, but Superboy thinks the job should be his. And, while escorting Ambassador Relnic on a secret diplomatic mission, the Legion must subdue Tseln of Thaun without revealing their undercover identities. WRITTEN BY Paul Levitz, Jenette Kahn Pencils by James Sherman, inks by Bob Wiacek Cover art by Mike Grell.

SUPERBOY (1949-) #226 4/6/77 DC Universe
The Dazzling Debut of Dawnstar!; Five Against One! Dawnstar is brought in to track down the boss of the brainwashed raiders who have been stealing resources from the galaxy. On the planet Zerox, Brainiac 5 seeks information about Pulsar Stargrave from the sorcerous Starstone, who reveals that Stargrave is not Brainiac 5’s father. WRITTEN BY Paul Levitz, Jenette Kahn pencils by James Sherman, inks by Jack Abel Cover art by Mike Grell. Batman ad for Hostess Fruit Pies, pencils by Curt Swan.

What are your thoughts in general of this very very early Levitz run?

Issue 224: Time Trapper / Pulsar Stargrave and maybe Mordru all in the same storyline, does that work well? Why or why not?

Issue 225: Is Superboy acting “in character” in this story? Any examples either way?

Issue 226: What do you think of the art for this particular issue by James Sherman (Pencils) Jack Abel (Inks)

Issue 227: What do you think of the villains Quicksand or Holdur?

Thanks again for checking this week’s Legion reading out. Next week is Watchalong Wednesday week, so we’ll go a tad light on the reading. We’ll nudge the Time Bubble just a few years and observe again what many (including I think most of us in this club) feel are the very best writer / co plotter / artist teams ever to hit the Legion circuit: Levitz / Giffen!! 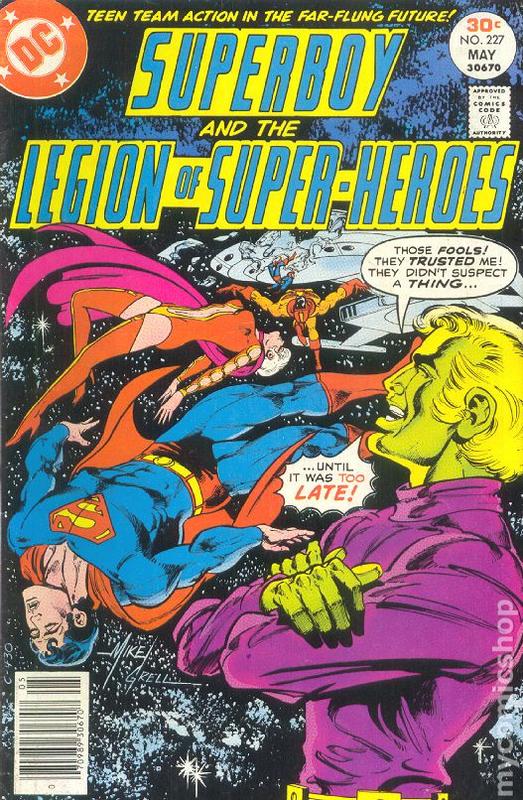 Any Stargrave fans out there?..

I’ll try and check this one out DE. I got behind in my reading for your club. I’m just now starting the pre-New 52 stuff from a week or so ago.

Oh I get it we have an avalanche to read here!!

“Issue 224: Time Trapper / Pulsar Stargrave and maybe Mordru all in the same storyline, does that work well? Why or why not?”

It seems like this was more Pulsar Stargrave’s show than anything, and I do like him. His name and Sexy Disco Warrior look are hilariously awesome, but the rub of him being Brainiac’s father is a compelling enough hook once you get past the rippled chest and bell-bottom pants. 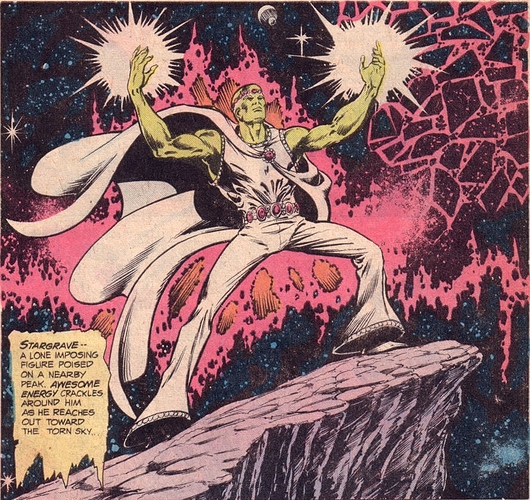 Hey where did bell bottoms go anyway??? And my way cool ill-formed Earth shoes, who took my Earth shoes?? 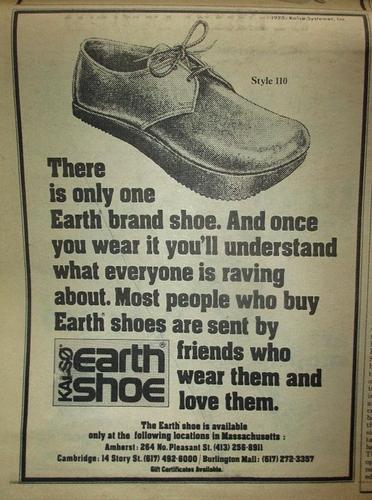 I’m sure like most things bell bottoms will come back someday.

And that ad looks like something a group of visiting entrepreneur aliens would make trying to make some money from these guillible hoomans. 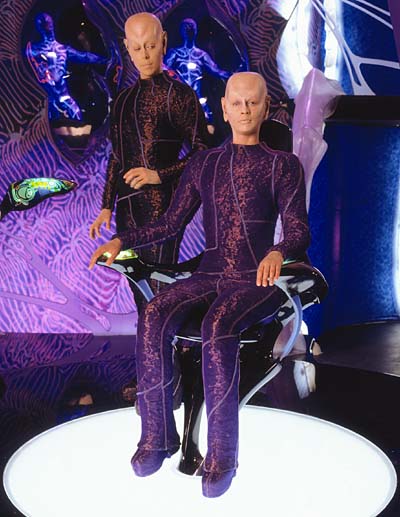 Those issues resonate better with me now better than they did then. Little me wanted Jim Shooter back, to tell us the real story of Pulsar Stargrave. The whole Stargrave is really the original Brainiac thing left little me cold-- and issue 28 by Gerry Conway really didn’t make it better. Superboy is a little bit out of character, here, seeming crankier and whiner than ever before; he knows the Legion rules-- and never goes manic in his doubts over some of them before this-- and upping Wildfire’s power levels a bit always struck me as silly just so our heroes could play out the cliche of all super-hero fights have to end in a draw. (There’s an episode of Marvel Team-Up where, Len Wein, I believe, gets annoyed with Daredevil and yells, “Who are you kidding!” before knocking Daredevil aside, that caused quite a ruckus). Levitz gave the Legion more of a typical ongoing series feel-- previous to this, any Legionnaires who were not on panel were always off on another mission, but Levitz has Chemical King offer an-- again typical-- remark about being on the sidelines for a long time in a story in DC Special 28 “Earth Shattering Disasters” that ties into the couple of issues after these. Oh, and the infamous Mon-El slap is just plain silly. Still, Levitz was one of the leaders of a vanguard of storytellers who didn’t want to hear that “This is how Marvel tells a story” and “This is how DC tells a story”-- they just wanted to tell stories about costumed heroes, having grown up reading John Broome, Gardener Fox, AND Stan Lee,and later Roy Thomas. These issues are part of how Paul Levitz taught himself to be one of the best.

An epic struggle between Stargrave, the Time Trapper, and Mordru could have been great! I’m fine with the limited collector’s edition for the Trapper, and the first of his five zillion origins, and the Earthwar for Mordru.

After the nightmare of Bob Wiacek inking newcomer Jim Sherman-- Sherman and Abel represent some good, clean storytelling. But Abel never met a penciller’s work he didn’t want to overpower. Sherman’s last two issues as the books regular penciller, inked by Bob McLeod, are his best. (But, as a sidenote, Abel lets Sherman’s pencils shine through a lot more in three Challengers of the Unknown stories in Super-Team Family.)

Bell bottoms came back in the 90’s and, like Jay_Kay said, they will return once more.

*They were then. Now? Eh…prolly not. I like my Wranglers just fine.

Thanks Misfit H ! I absolutely appreciate your knowledge of 70s DC, it is deep and wide!

What fun to dive back into these issues and take a close look at both the writing and the art!

Vroom, I hope we didn’t give you a Bell Bottom Blues

@Don-El No Bell Bottom Blues for me, their original run was before my time.

flicks his Reading Helmet down and starts reading 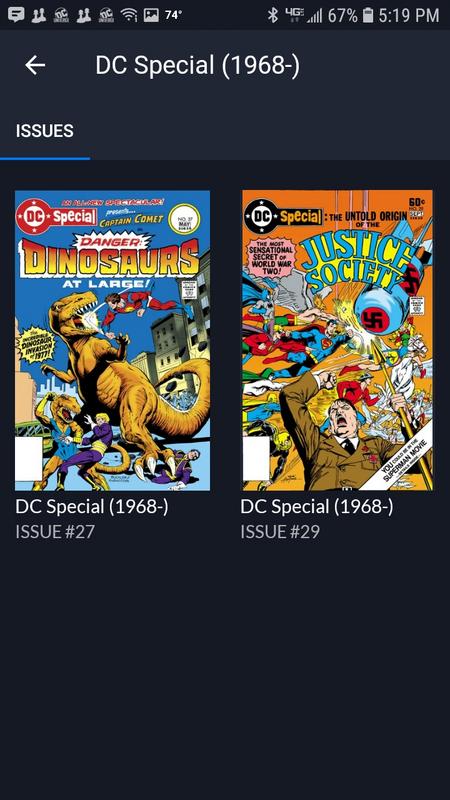 The Superboy story with his hissy fit really want that great. It reminded me a bit of the story of Saturn Girl wresting control of the Legion to save Lightning Lad’s life, but with far less impact.

I dug the art for 226, and overall liked it for the introduction of one of my favorite Legion members, Dawnstar. 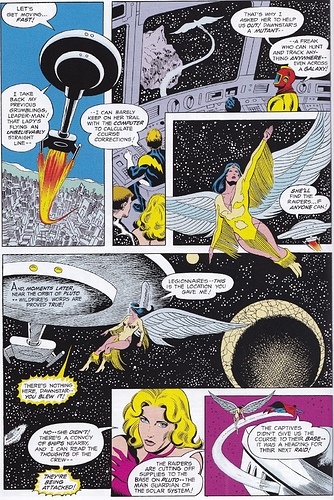 @Jay_Kay I’m thinking there were some new techniques art-wise around the mid-70s in comic art, especially for some of the background space images of what you just posted… think I’ll do a little research on that… I seem to recall there was some kind of background matting they were starting to use to draw over l, but I’ll check … in a plodding, slow, well- planned and executed way!