For this week’s portioned Legion-reading treat, we tune in again to the 2010/ 2011 Levitz run (with Yildiray Cinar on art) during the dreadful attack by the adult evil Legion of Super Villains, this time the conclusion!!!

LEGION OF SUPER-HEROES (2010-) #14 6/15/11 DC Universe
The Legion of Super-Villains gains the upper hand in their fight with the Legion on Colu! Will the LSV and the powerful entity behind them prevail?

LEGION OF SUPER-HEROES (2010-) #15 DC Universe
Saturn Queen triumphant? With the Legion on the ropes, it sure looks that way. Plus: Timber Wolf and Sun Emperor’s earlier fight heated up the comics page, but the flames grow hotter as Sun Boy takes on Sun Killer!

LEGION OF SUPER-HEROES (2010-) #16 DC Universe
FINAL issue prior to New 52! The finale of the battle with the Legion of Super-Villains! And like many of the Legion’s past encounters with their villainous counterparts, one Legionnaire may not survive it (but which one?)!

What are your thoughts in general? Plus:

The Legion of Super-Heroes holds a funeral for a friend during a brief reprieve from their battle with Computo. But with half the Legion held hostage, could another funeral be on the horizon? 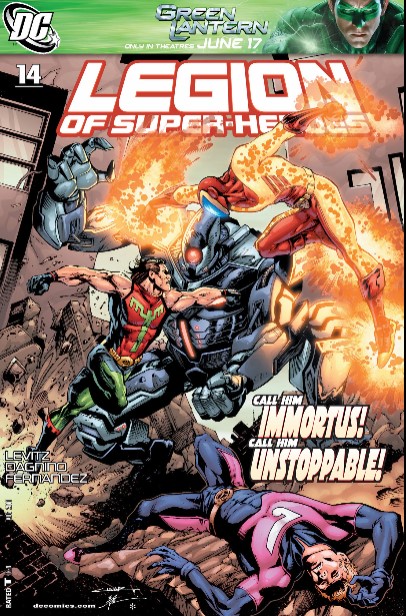 I might just have to pop in for this one. I really dug the pre-New 52 Legion series and Yildiray Cinar’s art.

End of an era for the club! Looking forward to cracking into these.

Frankly Legion is almost like an infestation of ants here on DCU. I keep finding pockets of Legion stories I didn’t even know existed and then of course I want to add them to my chronology sheet. Some examples:

Geoff Johns Adventure Comics running at the same time as what we’re reading here this week.

Convergence: one of the 3 part series is a world of Superboy and the Legion, and they end up fighting the Atomic Knights!

@DE Regarding those books and your visits to them, you’ve never been?

Johns’ Adventure run was pretty good. The Convergence Legion mini was okay. Worth it for the Atomic Knights more than anything.

I thought I read the adventure ones but now I have to double-check. I was also real sure I had owned all of the convergent series but I don’t remember a Legion one…

Legion Fan Club: Congregate! This is running through Tuesday evening, dive in!!

Yeah, I vaguely remember reading the Adventure Comics stuff with Legion, specifically the early years arc that Levitz writes that starts with #12 and liking it. That was a long time ago, though. 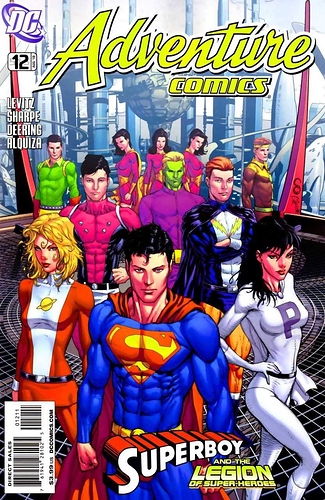 As for the finale of this series, I’m a little sad to say I didn’t feel much from this one. Maybe it’s because it had been a few weeks since I had read the previous parts of this arc, but when I was first reading it took a minute to remember what had happened in the past. And overall, I kind of felt like the “Utopia” and the “Yuga” stuff that Levitz had created for this were vague and unrealized. A poor substitute to something already established that could have worked better. Like if they were going to do stuff with the GLC, the Guardians and the origins of the universe, why not have Krona be the final enemy that Saturn Queen was serving? Why not have Utopia be a new version of the New Gods, the FIfth World that has isolated itself from the rest of the universe?

I don’t want to disparage Levitz too much with this – I would wonder how much he had to rush to complete this story to make way for the New 52 – but it all feels very slapdash and incomplete.

Oh well, at least the Cinar art was pretty great.

“Issue 14: Can you tell yet what world is the Professor is from?”

I mean, I guess she’s from this “Utopia,” but there really isn’t much about this world other than it’s apparently run by a guy who is such an Asian wise man stereotype that even Lo Pan from Big Trouble in Little China finds him a little extra.

Honestly, the mystery here just feels less like something compelling and more of table dressing to hide that there’s really not much here.

“Issue 15: What did you like or not like about the battle between Sun Boy and Sun Killer?”

It’s a pretty common method of dispatching an enemy – from basic elements like feeding Parasite enough power to knock him out, to more abstract things like The Doctor feeding the Old God his story to sate him. Death by bloat.

“Issue 16: The big ending, and oh my there’s EarthMan again! Is this a fulfilling conclusion to this 6 issue battle? Why / why not?”

The idea of Earth Man sacrificing himself to save another world is a compelling one. The problem I had with it was how sudden and how vague it was. It’s like, he absorbed all the Legion’s powers, he did…a thing…that killed Yuga or whatever it’s called and killed himself in the process. And then Shadow Lass’ reaction didn’t help because after all this time that relationship still felt sudden and unearned.

I wonder if Levitz was rushed because of the whole Flashpoint / New 52 thing rolling in. I bet it affected a lot of great storylines back then.

I mean, there absolutely was – we’ve seen it with Batman Incorporated in the one-shot Leviathan Strikes (originally Batman Inc #9/10) technically taking place between Flashpoint and the New 52. There was apparently behind the scenes drama where there was initial ideas of drawing Steph as Spoiler that had to be redrawn when they realized Stephanie wouldn’t be around as either Batgirl or Spoiler. 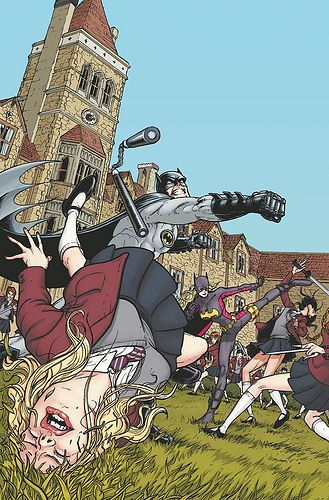 Any other thoughts before we slam the door on this one???

This is actually one of my favorite costumes for Dawnstar, and not just because of the plunging neckline. I really like how the black and tan colors mesh, and the logo on her forehead is pretty cool. 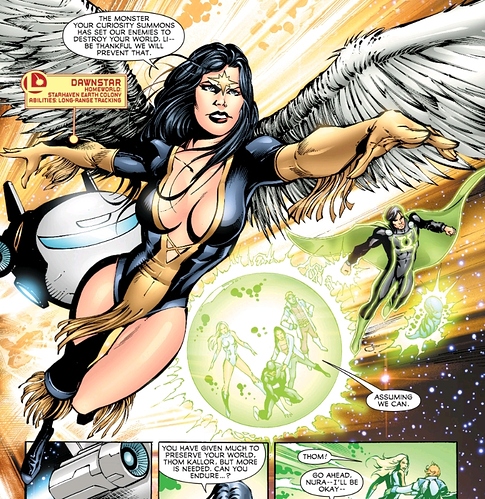 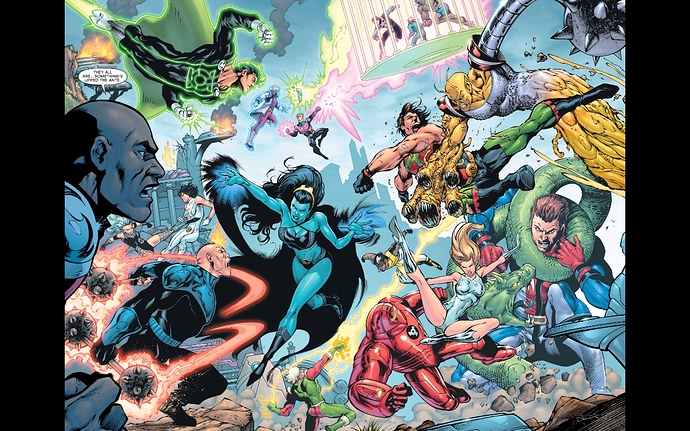