SUPERBOY AND THE LEGION OF SUPER-HEROES (1977-) #243 PENCILS Joe Staton all 3 issues
DC Universe.
Ambassador Relnic and the Dominators vanish during peace talks on Weber’s World and the Khunds invade Earth with only the Legion of Substitute Heroes as a last defense!

During the Khunds’ invasion of Earth, former Legionnaires Lightning Lad, Saturn Girl, Bouncing Boy, and Duo Damsel return to defend the Legion armory! Plus, the Legion discovers who really started the war (I was wondering about that)!

Oh, lookie who’s back as the villain…yeaaaay!!! Maybe we’ll like him better this time around….The Legion battles the force behind the Dark Circle’s plan to conqueror the Earth! If they fail, the Earth and the entire galaxy will fall to the power of the mad magician Mordru!

We are only reading 3 comics this week due to the Watchalong Legion club activity this week at 9 pm Eastern Wednesday September 4th.

Next week: Back to the Levitz / Giffen early years!

Here are questions to use as a guide to your reflection on this story: (these could be spoilers, so maybe read this part after you are done with the 3 comics):

The Renegade Legionnaire!’ Ultra Boy is expelled from the Legion when he is revealed to be an escaped convict! Plus, learn the origins, powers and real names of all the members of the Legion of Super-Heroes.
Let us all know your thoughts please in the thread below! 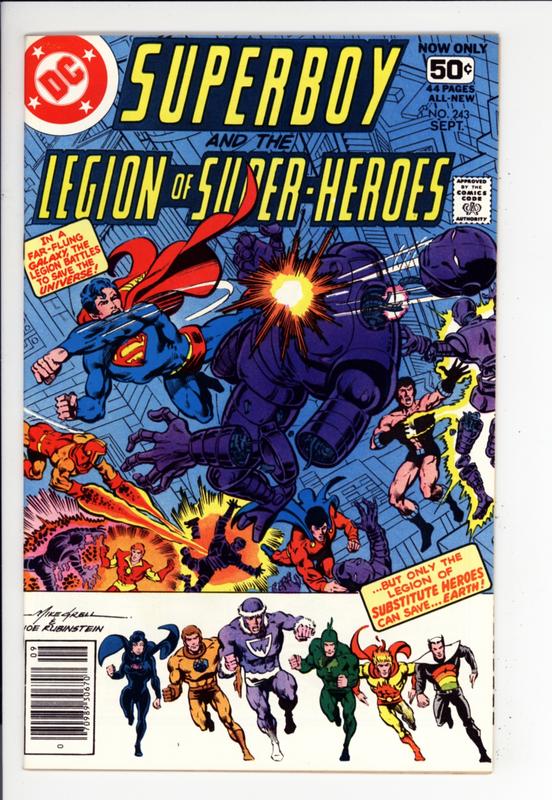 Alright! I’ve been wanting to get back to Earthwar.

I never felt Joe Staton was a great choice for the Legion-- maybe if he had started the Earth War story it might be better-- and the over-powering inkers don’t help, Murphy Anderson doing the best job. (This is an an about face from from my so-called childhood, regarding the overpowering inkers,) If he had been allowed from the beginning to be his quirky, cartoony self-- right up to inking himself-- he may have won over more of us, and be considered one of the great LSH illustrators. As it is, he often just seems like the guy with the job. And quite honestly, James Sherman paired with Bob Mcleod in the previous two issues really seemed to work.

All in all, the Earthwar is a strange but magnificent epic, sometimes filled with comic book logic-- Science Police officer Shvaughn Erin never gets the chance to tell the Legion that Mordru has escaped, but also sometimes playing out like the Legion’s version of something closer to Star Wars. It’s daring in its length-- the original Mordru saga could easily have gone a 108 pages or so, just like this. It’s a full-scale Legion primer, and decent science fiction for the time to boot. It’s far from perfect, an entire invasion force is explained away in the dialogue of one panel–but it changed the Legion forever, turning it from the most popular possible niche book to something that would grow into one of DC Comics top sellers when Paul Levitz invited Keith Giffen back to DC Comics, and saga become the order of the day.

“The Renegade Legionnaire!” is a nice little read, obviously not big on heavy characterization. All of our heroes are simply kind of stalwart. You can’t pull me away from an Ultra Boy story with Rigelian Horse Behemoths! This looks like the beginning of the Utra Boy Phantom Girl 'ship. And, you have no idea how much I want a visit to the planet of the giant puppet people!

One other question-- are there rules in classic comics to what represents a monster and what makes a sentient, non-humanoid alien?

Thanks for sharing your thoughts on this week’s selection, MisfitH!

Yeah, I feel almost dizzy with how the normally super-evil Dominators are portrayed here. Normally they come off more like Mars Attacks aliens, just twisted because they can get away with it.

Ultraboy is the “just right” hero to me: he’s not too super powerful, but his array of possible powers keeps him fascinating as he has to choose which is the best “tool” for the job at hand. Adds to the edge / drama of the stories for me when done right. 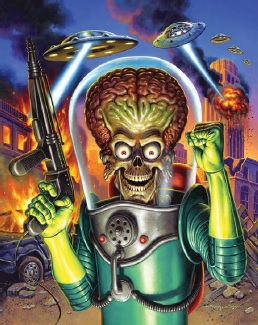 @Don-El It’s true, Ultra Boy is often looped in automatically with Superboy and Mon-El-- even though, in many ways, he’s taking the bigger risk. One of the oddest scenes I can remember is in the original Computo two-parter-- the big three are rescuing Legionnaires from the exploding Computo’s, and Mon-El carries one, Superboy is carrying one, and Ultra Boy has two.

They are about 1000% more chill than what I’m used to see them as, which I honestly really liked. It shows growth for this civilization that they can someday, far in the future, come to peaceful cooperation. Though I did find it odd that they specifically called themselves “The Dominion” but every other species still called them the “Dominators.” That’s kinda rude!

“How satisfying is this appearance by the Legion of Substitute Heroes? Any favorite moments?”

I dug it – they can’t handle their powers enough to save the day, but they got enough to save lives in the process, which is just as important. I think my favorite moment was Stone Boy blocking the tanks – while it happens decades after this story is written, but it kind of gave me the vibe of the one man who stood ahead of the tanks in China’s Tiananmen Square. One small man taking a stand against those who would subjugate his people.

“Joe Staton is a fairly-renowned artist, having working well a year later in 1979 when he began a two-and-a-half-year run on Green Lantern, during which he co-created the Omega Men with writer Marv Wolfman. What do you think of his illustrating for these issues?”

I liked it – his art gave the book a nice, big and pulpy vibe to it, like a Buck Rodgers serial with a 100M budget.

“So…Mordru. Like him better or worse this time around? Why?”

Honestly, I feel like he wasn’t a good fit for the main villain of this story and overall, Mordru is kind of bland. Like, the idea of Mordru invading and conquering the Earth sounds cool, but having him invade with standard aliens is kind of lame when his deal is MAGIC. If it were me doing this kind of story, I’d have the conqueroring hordes be the ultimate Middle Earth wet-dream – elves and orcs and impossibly large creatures using magic swords and arrows against the more sci-fi Science Police, military, and of course our Legion superheroes. With Earthwar, I think it would have worked better if it was splinter groups of the Khund and the Dominators being controlled by the Dark Circle, who are actually military-industrial moguls who are using their pull in the United Planets to stage conflicts to keep the war and their own pocketbooks flowing.

And overall, I just don’t get Mordru’s deal. I mean, yeah, he wants to conqueror planets…but why? What is his motivation? I know one might ask “he’s a comic book supervillain, who needs that?” But the best villains of this ilk have such motivations. Dr. Doom is motivated by his past, unable to save his mother from magical forces, and his own ego where he has to prove that his rival Reed Richards is responsible for everything, not him. Sinestro sees the corruption and suffering of the galaxy and believes the only way to keep people safe is to rule them with an iron fist. Mordru wants to conqueror worlds…just because. That’s just boring to me.

I’ll give them this – at least the way they dispatched Mordru this time made far more sense and was a more satisfying conclusion.

I hear you Jay_Kay. There’s a lot of stories, like for example the new Titans episode, where there’s a lot that I like about the story right up to the ending, which might be just okay.

Last day to catch up on the EarthWar saga part 2!

Where but a Legion series can you get a happy ending that looks like this? 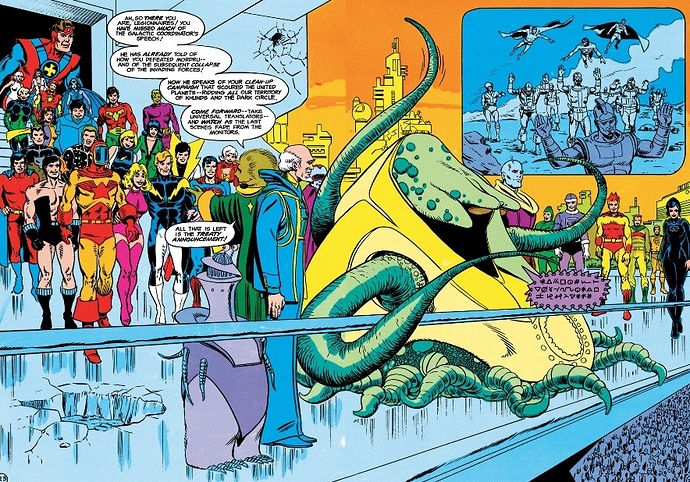 Kind of reminds me that the best pitch I have to get people to try the Legion is “imagine Star Wars but with superheroes.”

You’re right, Jay_Kay, that giant green alien does it look at character out of Star Wars!

And this was released in '78, so you have to imagine that Star Wars was on their minds at the time.

Wow, and the first Star Wars movie definitely had those alien bar scenes!