This week for [Legion Fan Club] Weekly Reader fun, we jump forward for the second to last time to Paul Levitz’s 2010 LoSH run.

Oh my, there’s a destroyed Rock of Eternity and the Sun Killer waiting for us! The adult evil Legion is back! MOMMIEEEEEEE!!!

The final three issues of the Superman / Legion crossover that eventually led to this particular Levitz run!

Next week we get in the Time Bubble and fly back to the 1960s for more Shooter goodness. Is that Mordru I see on the horizon??? Stay tuned!!!

Another bad day at the Legion office, someone call HR! 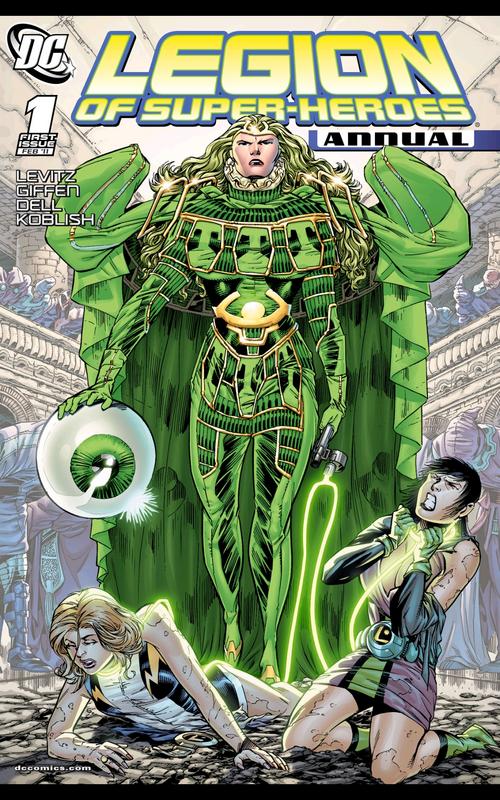 Wait, so are we reading the Annual as well, or just the Legion of Super-Villains special?

Oopsie…thx Jay_Kay. just ignore that green looking lady …no we’re just reading the super villain special number one along with the three from the 2010 Legion series.

According to my records I don’t think we’ve ever read that special with Giffin.

I think some read it one of the weeks for it, but it wasn’t officially on the list.

Just started, and it looks like in terms of reading order, the Super-Villains one-shot should be before #11.

But look at what issue 12 says at start…

#11 also said that it takes place directly after the Legion of Super-Villains one-shot.

Ahhhh. Thx. Sorry I missed that.

Okay, just finished up – overall an interesting start to this Legion of Super-Villains story.

“Is this new Legion of Super-Villains a better team than the classic one? Why or why not?”

At this point I would go with “not yet, but they could be.” Admittedly, it’s been a while since I read any story with them, but from what I remember of “The Choice,” they were far more effective at being real, personal threats to our heroes. Smashing the Rock of Eternity is a good start, but I don’t really see what effect that would have on the world other than just looking cool.

Honestly, overall I’d say that the Fatal Five are just better, more dangerous foes for the Legion in general. Really, if Lightning Lord wasn’t Lad’s brother, I think they would have been forgotten a long time ago.

“The Starboy story from JSA / Justice League continues here. What do you think the best conclusion would be for his tragic storyline?”

I have to admit, I haven’t really read a lot of that story (I’ve been meaning to, but after a while I figured with this club we’d eventually get to it). The only real exposure I’ve had to this aspect of Thom is really the Justice League Vs the Fatal Five. From what I’m seeing, though, I would like to see him get back up, back with Dreamy and most of his mental faculties in place, but just enough out of wack that he’s put in retirement/reserves/teacher at the Academy. I find the best kind of happy endings for tragic storylines have a bittersweet taste to them.

“Do you think Earth Man will fall to temptation here? Why or why not?”

No. Even if we assume that he is still his old evil self and he hasn’t changed a lick, why would he take such a deal from a group of aliens?*

*Though that does bring up something I’m sure has been shown before but I’m blanking – are the people of Titans actual aliens outside of the human species, or are they human colonists like Dawnstar and her Starhaven colony?

Okay, I got my titles confused – the story I was thinking of was “The Curse.” “The Choice” is the first arc of this series.

Thanks JK. I got to say that this is possibly the best storyline in the 2010-2011 run that Levitz did. the average grade is well and has several moving scenes I really like one where Wildfire and Ultra Boy are hurtling from space to the rescue.

Lots of mystery to ponder. I am having fun trying to figure out what this “world of the wise” that only the most special from each planet are whisked off to and then become immortals is supposed to be.

The connection to Dr. Li and also how they are going to save Star Boy…all those are intriguing.

Okay, we post the new Adventures (get it, "Adventures " ?? poke poke) later today. I’m pretty sure it’s time to get in the time bubble to jet back to the 60s!

One of the many fun little comedic moments during this particular Paul Levitz run we just finished! 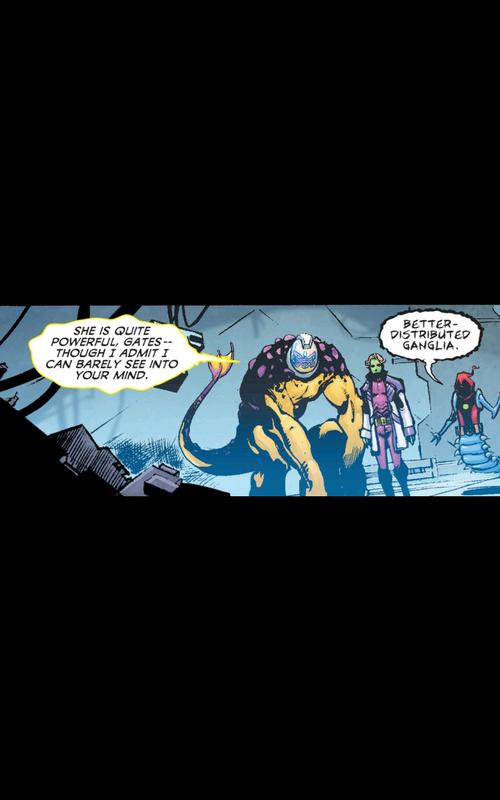 hey what have I missed