, THE FINAL ONE! The club will march ever-onward, but this is the last batch of Legion animated shows for us to partake of. 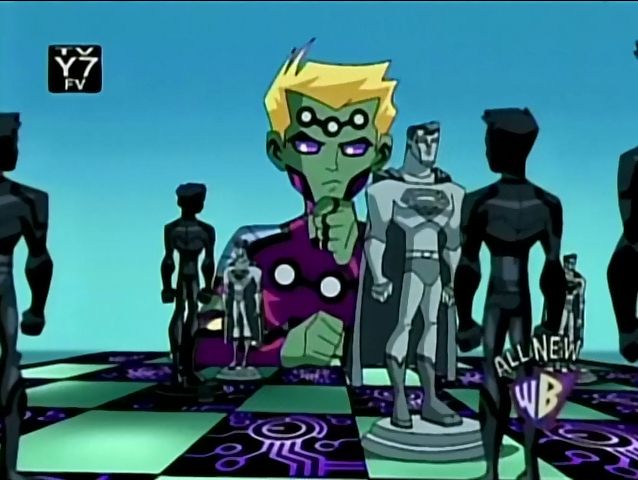 2 short episodes = a fun way to celebrate the halfway point of the week!!! Join the Legion Fan Club as we celebrate this unique vision of the future!

We’ll launch the recordings in perfect unison like migrating flocks of multicolored birds at the appointed time!

As Imperiex sets in motion one final assault designed to bring him control of the galaxy, Brainiac 5 must fight for control of himself as the ancient programming of Brainiac 1.0 emerges. Part One of a two-part episode.

After being overwhelmed by his darker programming, Brainiac 5 looks to bring his own form order to the universe. The Legion soon realize that if they want to save humanity they may have to destroy their friend. Part Two of a two-part episode.

Hope to see you Wednesday night for this, our final Legion monthly WAL!

Yes! I added it to my calendar so I wont forget

I’ve never seen the episodes so I’m very eager to watch this too.

Did you title this thread the Final Countdown to purposely get a fantastic 80’s song stuck in our heads?

@Jay_Kay @nu52 @JLWWSM @Vroom @biff_pow Hope to see some of you there for the final Legion watch along Wednesday!

Anyone who wants to, can.

Where will you be this early evening when the Final Countdown for Legion Watchalong Fun begins???

Right here. I’m kind of excited about these two episodes. I remember them being a pretty good conclusion for the series.

I’m all set to go. I love the chess opening