[Legion Fan Club] and interested parties everywhere, in this most interesting of Novembers, we will continue to sample the new LEGION OF SUPER-HEROES 2019 along with a new exploration for our club of perhaps the darkest and grim of the Legion versions, and a slice of this and that, dontcha know? 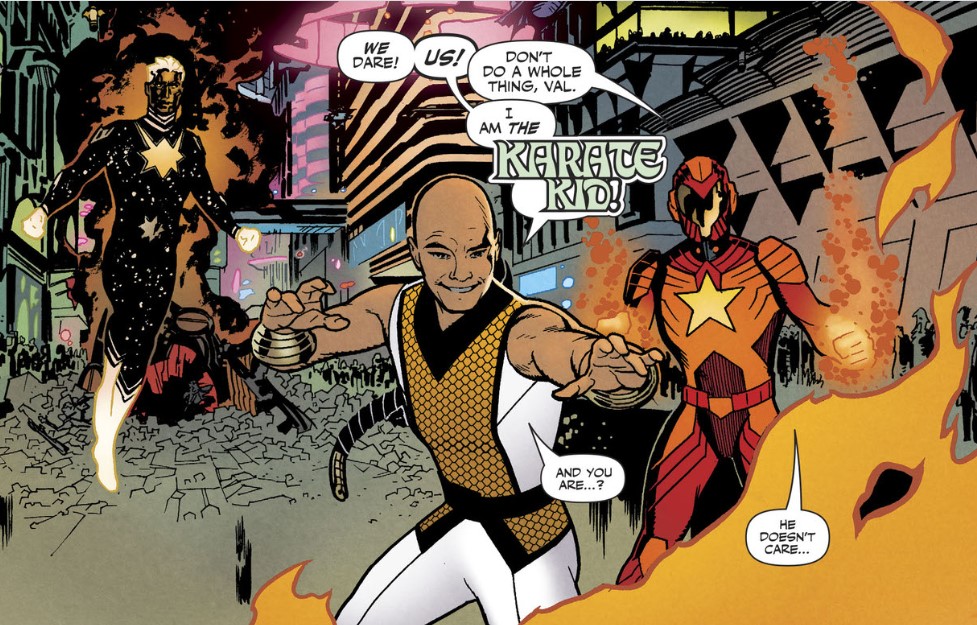 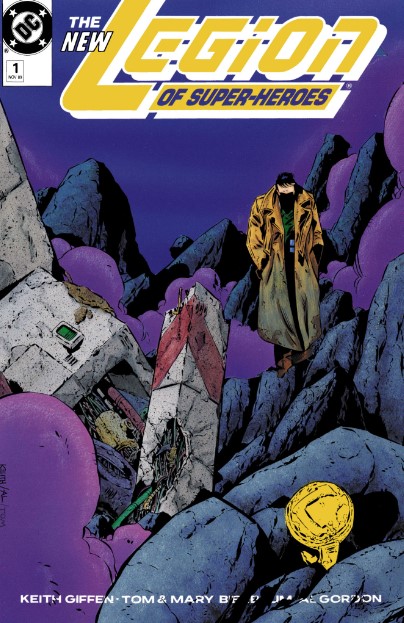 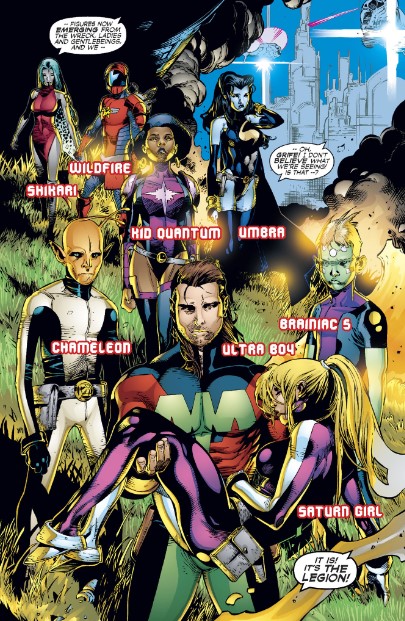 The Legion (2001-) #2 Click here for The Legion (2001-) #2 The triumphant return of the Lost Legionnaires to 31st-century Earth may be extremely short-lived…especially if the Oversight Watch–under the orders of United Planets President Leland McCauley–has any say in the matter!
~ 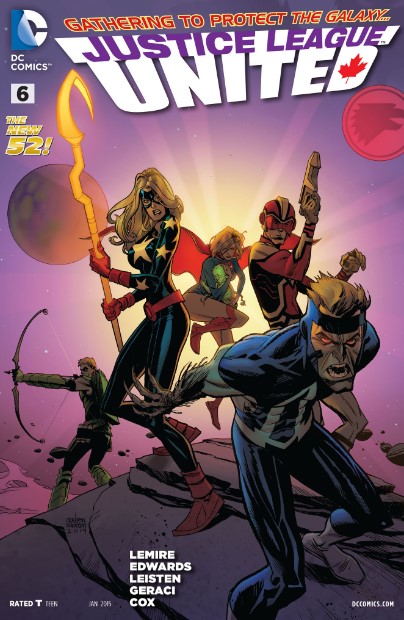 (The Club already read JUSTICE LEAGUE UNITED ANNUAL (2014-) #1 several months ago, but if you haven’t checked that out, be sure to before you read issue #6) (also, you may enjoy gobbling down the first 5 issues of Justice League United as well, it’s goooood stuff!)

“Do I have lots of time to read this treasure trove of Legion action and adventure?”

Yes! Something to jump into and breakup my binge reading of other comics!

I’m real interested to see the different visions of the future across three decades.

Welcome aboard this month’s Legion train!

I’ve always been entertained and a fan of Keith Giffen’s artwork, so the 1989 version is a good read from that angle.

I have also (probably foolishly) been purchasing the latest issue of Legion of Super-Heroes digitally the past year (along with Metal Men). Issue 11 just came out and I can’t even begin to imagine how Bendis will conclude everything by issue 12, There’s a lot of super crazy going on!

I put Legion of Super-heroes on my pull list. It’s about the only DC title on my pull list, although I have been enjoying picking up a few DC mini-series here and there.

I guess I still enjoy reading physical comic books on occasion, even though I’m reading way more here than I do elsewhere. But I also like supporting my LCS, they donatedcomic books to my school regularly.

I’ve only gotten through the first two ‘slices’ of Legion so far, but I love how different and reflective of the eras they are. You can read the 1989 comic and even if ityou had nothing else to gon but the art and story, you could guess the Era it was from.

@Meisaj I actually posted a picture yesterday on the Archive discussion thread in Watchtower of my 40 year old son surprising me by picking me up a rare copy of Metal Men DC Archives v1 that I had located that day at a local comic shop that I’ve been an occasional customer of for 27 years or so, I hear you (being 66, I had phoned the shop looking for hardcover archive Black Friday deals, there were none, but my son was by coincidence in the area).

This came out after Legion Lost (2000-) and then the six issue Legion Worlds (2001-), and is very connected to them. All three series are by the renowned sci-fi writing team Abnett and Lanning. I feel like they keep the things moving along nicely with lots of interesting plot twists.

The artwork by Olivier Coipel can be pretty good and detailed, but there are times I feel like they’re presenting Legion like they’re only 3/4 sized people. 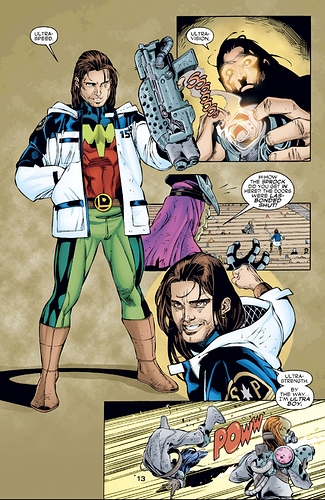 Nice final panel that will lead then to “Legion World.” 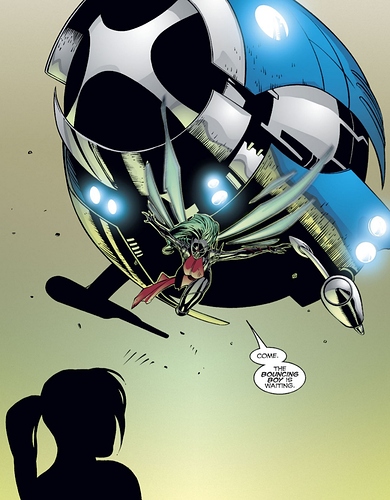 Bleeding Cool News: Legion Of Super-Heroes #12 Delayed Into The Future - Until 2021. 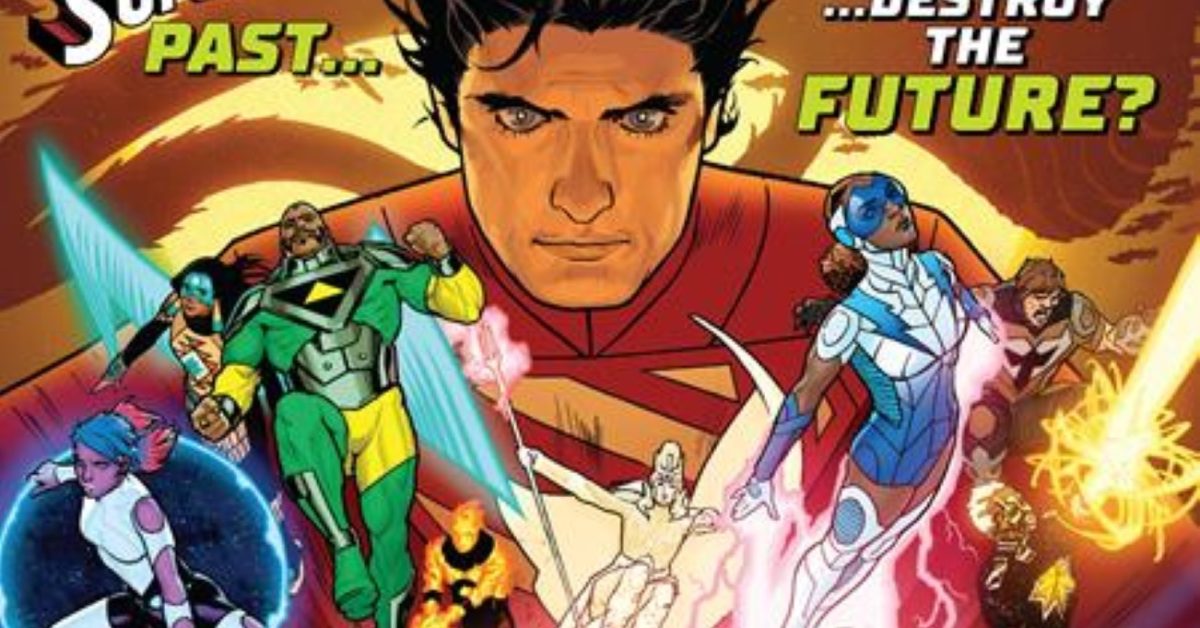