[Legion Fan Club] and Legion of Super-Hero Fans everywhere, to celebrate the return of Legion to current published comic storylines, we’ll be checking out a very unique crossover from the late 90’s with the Justice League, a little event we like to call…DC ONE MILLION! 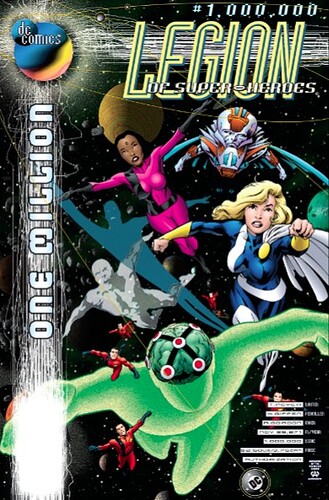 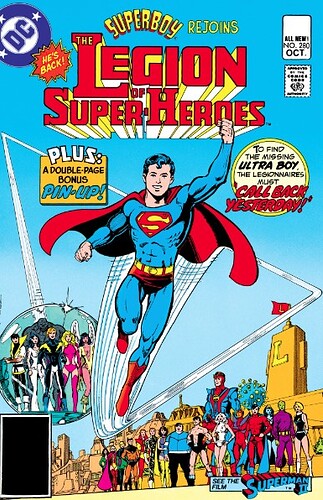 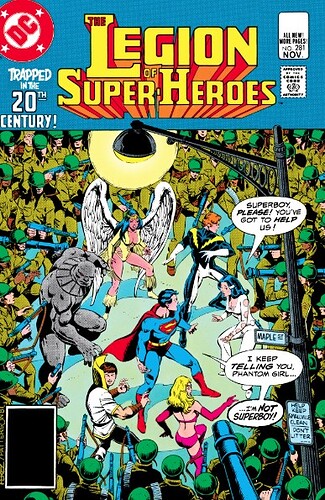 The Legion of Super-Heroes (1980-) #281 Six Legionnaires are marooned in the past with Superboy, who is trying to regain his memory.

Modern Age, Post Zero Hour Legion : From a far future where the Justice League and the Legion of Super-Heroes have combined for DC ONE MILLION! 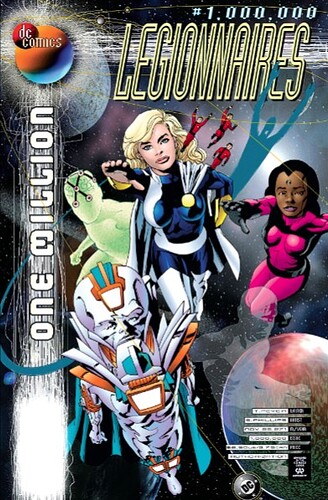 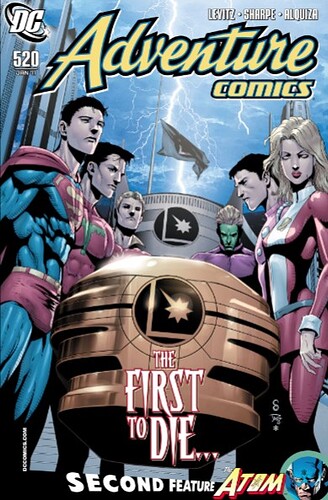 As always, please post your favorite panels / covers or quotes from these stories!!!

I too was shocked at Dawnstar in the shower.

There’s one where they show her undressing. I read it along time ago & can’t find it? I just want it b/c before that, there’s a ton of beautiful panels of her I wanted for the Just Gorgeous thread. I don’t remember her in a shower tho? Just removed costume & shows, well…u know, one of em. I couldn’t believe it b/c it wasn’t an adult rated comic. Not that I care. I grew up allowed to watch whatever I wanted within reason as a kid. Back then, in PG movies there was nudity just like comics. All b4 the counter culture stuff. I thought we’d move more towards a European based normalizing nudity? That’s how I was raised & it worked. Nudity doesn’t faze me, it’s just our bodies. Somehow, we went the other direction lol.

The shower scene is in 281. I remember it mainly because it was an early legion purchase for me, but I was shocked by how much was shown, even if nothing really was. But I suspect Don-El was making a comment about the “first death of a legionnaire” being shocking

Anyway, here is the page in question. 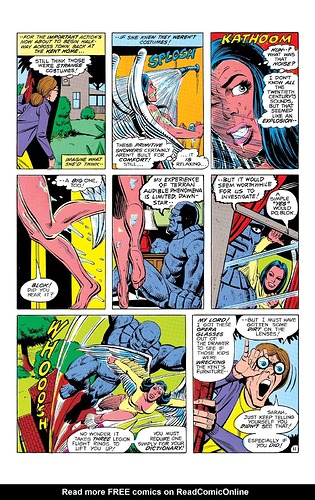 That was a misread. I was responding to u. However, @Don-El was tied into the response. In other words, when I replied to u, he was already tied in with u. So it responded to u both- when I was just responding to u. Ty tho. That’s not the one I’ve been looking for. But, at least I know now. The hunt continues lol. She’s in a full panel; removing her costume starting with her top & leaning forward pulling it down. Again, lol, I’m not being pervy. I’m just curious which one it was. I know it was an issue based mostly on her. That’s why I want to find it. There were so many beautiful panels of her in that issue. I’ll find it eventually…appreciate that tho. Good looking out

I have lots of Steve Ditko and Jack Kirby over here from the 60s and 70s, their stories and artwork affected me profoundly growing up.

Neither however are known for how well they draw females usually. Agree, Disagree?

Agree. I absolutely love Ditko, Kirby goes w/o saying as he’s my #1. I’d peg them more as creative forces (especially Kirby, obviously) then pin up artists? Imho of course…

Dawny in a shower be still my beating heart, almost couldn’t read the rest. LSH 280 & 281 the Reflecto mystery is still unraveling and the Time Trapper is involved, made for some good reading. Glad those soldiers caught those meddling kids trying to blow up atom bombs.
As the the two 1,000,000 crossovers nice to know the Legion survived and survived a members betrayal as well.
Adventure Comics, I read these at the time but had forgotten how good they are. Superboy as a novice, Monel in the zone, and lighting lad dying all familiar tales done in a refreshing take.

I agree with you @RexRebel , I’m enjoying this Reflecto-Superboy mystery as well from the early 1980s just before the Levitz-Giffin explosion, and frankly I have forgotten what the real situation was, so it’s fun to go back to these stories.

I sold a little over half of my comic collection the Fall before the pandemic hit because I was feeling like I was about to run out of room to store them in my home office and I really enjoy the convenience of the digital unlimited services… but among the comics I kept was my collection of One Million, the event where just about every comic published by DC at the time had an issue 1,000,000. I don’t love everything about the version of Legionnaires and Legion for One Million, but there are some fun concepts… starting with the idea that the Legion merges with the Justice League sometime in the far future. I think that’s a really cool out of the box concept. I mean what is going on with the Justice League at the time of Legion?

I think I found the issue you are thinking of. Superboy 240 backup story.

That’s a great one but it’s a different one. Dawnstar is standing up, & takes her costume off while leaning forward. Half of her body’s shaded. One side isn’t. She’s just pulling it down from off of her shoulders & leaning forward. I know she was on a long tracking mission. But, there’s a hundred that fit that description lol. I do believe I haven’t read that issue tho so huge bonus for me, with some new LOSH reading to do now!!!