[Legion Fan Club] and Legion of Super-Hero Fans everywhere, get ready for this month’s curated selection! 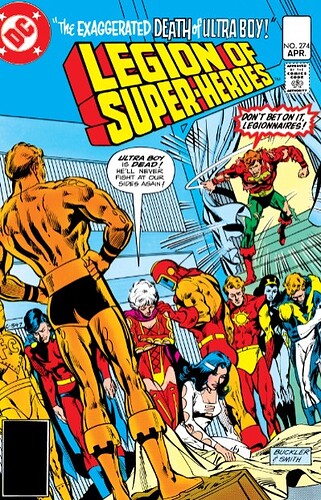 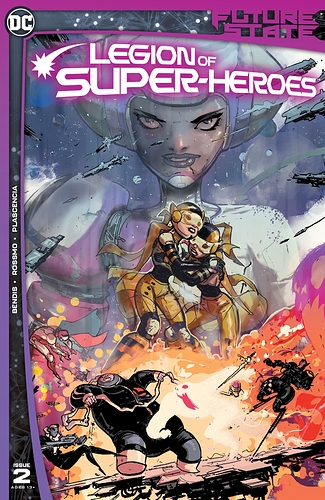 The unthinkable has happened: one of the Legionnaires has betrayed the entire galaxy! The United Planets is in ruins, the team has been scattered across the... 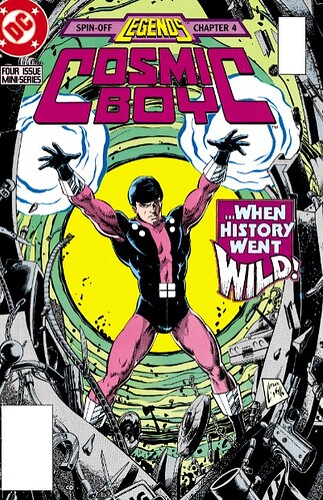 Cosmic Boy #1 (9/86) Cosmic Boy (and Night Girl) are in “the present day 1980’s” on a vacation but suddenly find themselves in the middle of the after-Crisis “Legends” storyline! Cosmic Boy #1 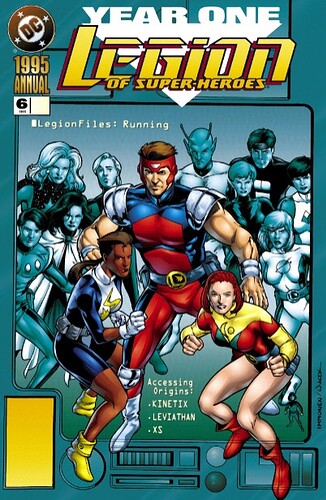 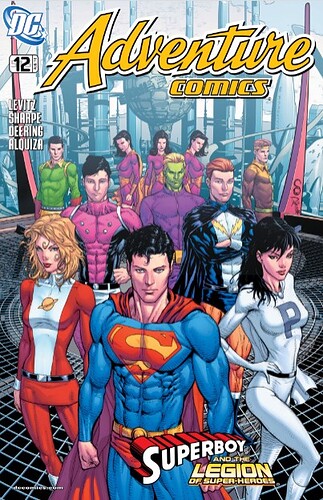 This far into the Modern Age of Comics we also have the phenomenon called…the Variant Cover: 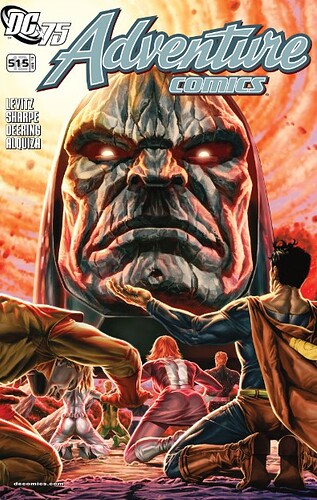 As always, please post your favorite panels / covers or quotes from these Leg-ion-dary stories!!!

Many of the selections chosen this time around are based on the discussions the Legion Fan Club has been having in the above-mentioned [Legion Fan Club] Presents: A Panel a Day of 63 Years of Legion of Super-Heroes forum as well as over on our Discord channel.

Funnily enough, I just got to 274 as part of my read through today just before I read this message. That’s a good sign!!

This was a wonderful treatment of the Legion’s Origin with Superboy. That a young Clark Kent frequently visited to train with and hang with other young Super-heroes like himself. Interesting in that he had no career as Superboy in the 20th Century, but that he shared adventures with the Legion and was never allowed to remember them when he went home, to his 20th Century.
Never understood the Alternate Darksied Cover, as the character never appeared.
It was, though, a nice homage to the old Adventure Comics run with the :double" numbering.
A Nice Touch is Saturn Girl Giving Superboy a “Tour”. Just two Orphaned Super-Heroes, hanging out togher 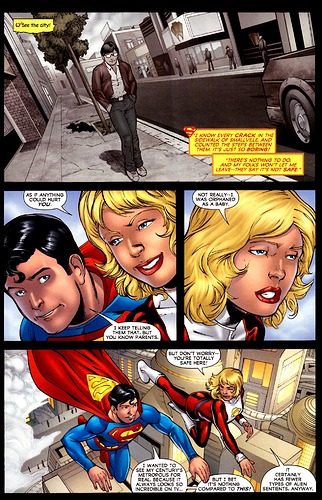 It’ll be interesting to read more of these Adventure issues from 2010 to remember how we lost the Superboy connection on Levitz Legion of that time.

I don’t seem to have them in the collected editions from that time period.

Thank you @Don-El for putting these on this month’s list!!!

I guess those pages would have been in the who’s who updates. I don’t think it’s in that Legion who’s who that I picked up most of about a month ago

Here’s what those updates looked like, you literally would use a 3-ring binder to put them in.

Marvel was doing the same thing around then. 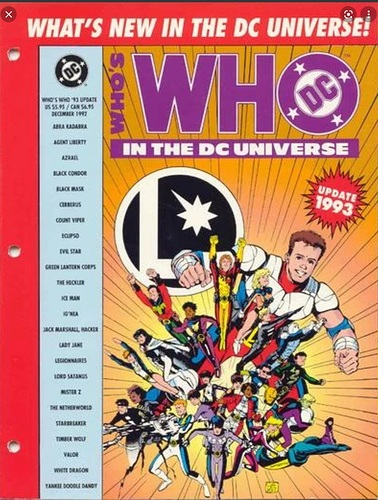 Actually, I was thinking of the Adventure 512 comic, where this image comes from! The Levitz Retroboot collections did not have this issue included, I don’t think. 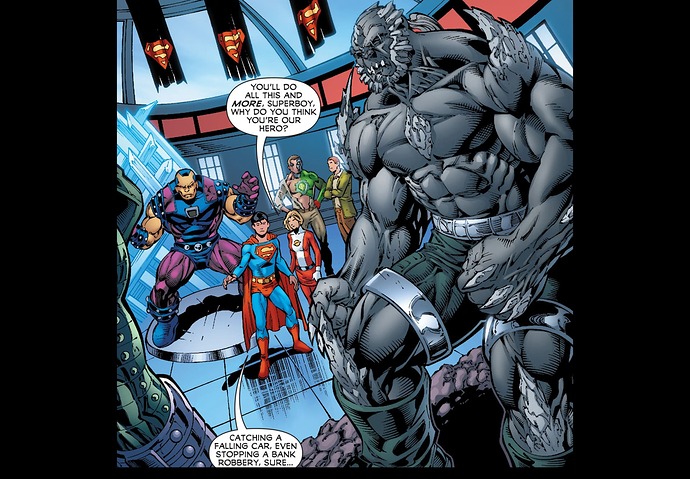 That was 2010. I’m not sure there’s been any new Omnibus for Legion since then.

They have the collected pre and post New 52 titles, which apparently don’t have EVERYTHING. And the Bendis Legion has its two omnis. I own all of the above in digital.

For the Legion Purist, these Adventure Issues really are their own set. They really don’t belong to the Retroboot, or even the New 52 Legion, Those did not share the Superboy connection.

So for Monday, I’m really wondering what this guy’s “Unique Super-Power” was! Unlike Karate Kid’s clear-cut “Super Karate”, Timber Wolf always just seemed more "Enhanced: to me, than “Super”. 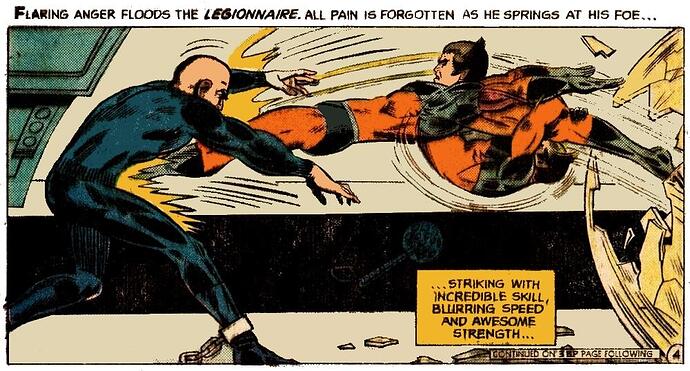 The funny thing is that NONE of these versions of the early legion have Shrinking Violet…. I smell a rat…

Like this one? Salu was a member of the Espionage Squad in that version. I think she was riding the Rat you smelled. Who turns out to be a certain Chameleon Boy! 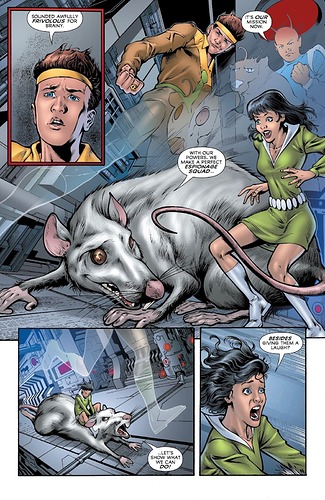 LOL! Thanks for this Kevin - I’m guessing this is an Adventure book? I don’t think I’ve seen this.

It seems as if there was a ton of Legion in the early 2010s, similar to the mid-90s. It’s a shame that Didio killed the books.

toooo funny of a coincidence 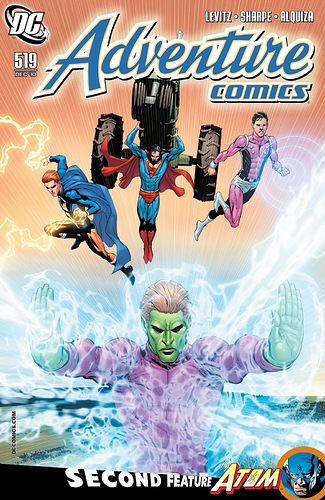 From this book, here’s the splash page that immediately preceded the one I posted up above 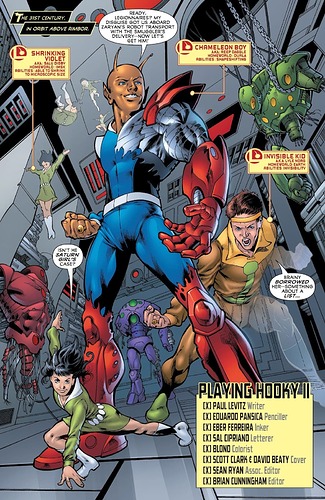