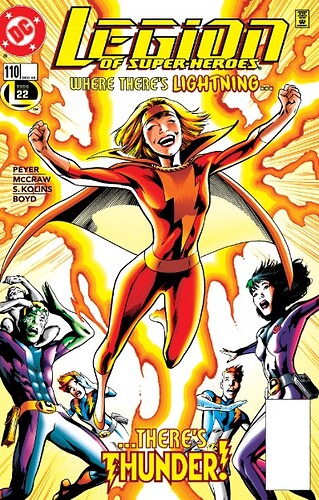 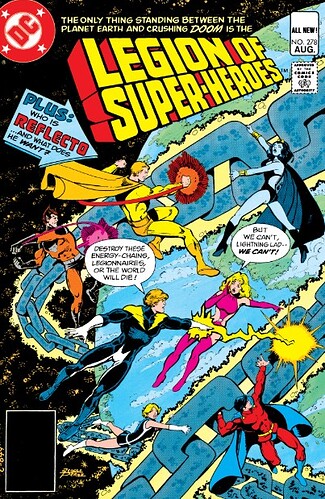 The Legion continues the battle with Grimbor as his Cosmic Chains draw ever tighter around Earth. And the mystery of Reflecto continues to unfold, as does his devotion for a certain Legion member… 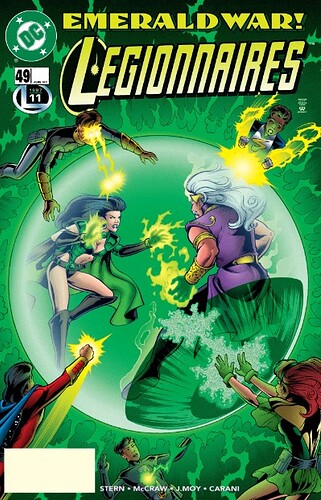 Emerald War: Part 2 of a 4 part Mordru confrontation that features Kinetrix at her best I am told! 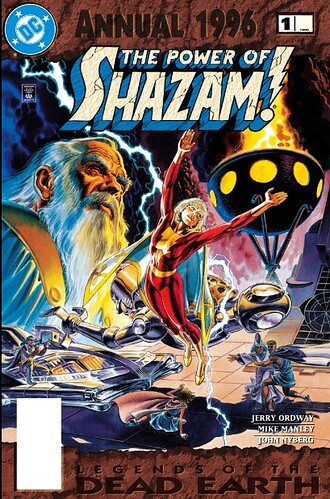 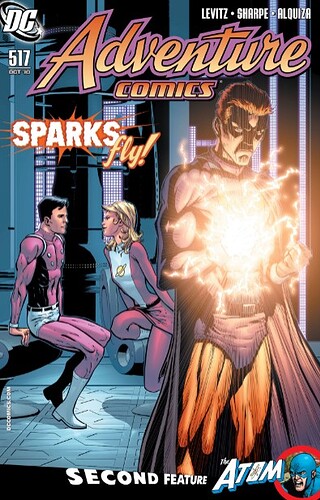 Saturn Rising!!! Early Legion tales continue in 2010! Speaking of Saturn rising, this month it appears just after sunset directly South along with Jupiter and Pluto in the sky near the horizon!

As always, please post your favorite panels / covers or quotes from these Leg-ion-dary stories!!!

Details to be posted Wednesday!

looking forward to the details.

Yeah if it’s not an older one, I’m excited that I might not know this one? I remember reading one with Billy & Mary as Shazam & …Mary Marvel. If it’s new I haven’t? Either way, I’ll do a reread if it’s one I’m thinking it might be.

We’ll ride the part of the story that’s good anyway.

I’ll be honest - I wasn’t a fan of the Adventure issue with Imra & Rokk.

It’s kinda like watching your friends cheat on each other.

Every time they do the Rokk/Imra relationship thing (they did it in the Reboot also), its always awkward given the long history of the Legion. I guess it can make for some interesting characterizations (a “learning moment” so to speak for Imra) but it just kind of comes across weird to me, and out of character for Imra, especially after she mind wipes Rokk.

But it looks like somehow a lot of my other comments on that post were cut somehow! Anyway, I also wrote that I enjoy the whole Reflecto saga - I’ve never been able to read the first Grell issues where Grimbor and Charma are introduced, so this story was interesting to read both from that aspect, as well as the whole arc of the reflecto story, which when you think about it is a LONG story that starts with the murder mystery around Ultra Boy.

On the Reboot issues, I’ve always been Lukewarm about Thunder, as she was telegraphed way early - I want to say LSH 100 in the group shot- but then doesn’t arrive for 10 issues, so when she finally does arrive, I kind of shrugged when she showed up. She had maybe one decent story line, then she got shuffled off to be the first character to live in the land of DnA exile.

Legionnaires 49 is a fave, as I really enjoyed the Mordru storyline. It had tons of characters (three teams worth) where the action was spread really well, ends on a great cliffhanger and even sets up Wildfire’s introduction in the Reboot.

The issue where Grimbor is introduced somehow is missing between the Showcase Presents black and white Legion and the digitized DC Universe Infinite comics, so I ended up buying it recently: 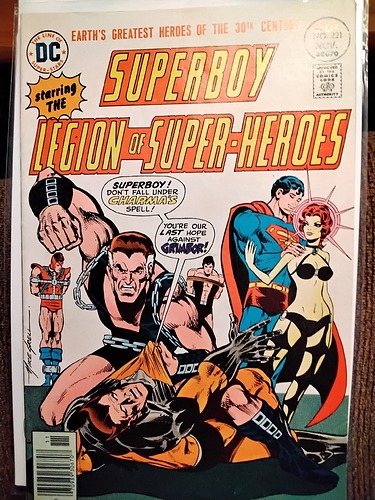 A lot between 200 and 230 or so is missing. This issue here is hard to find - it wasn’t anywhere to be found at the Baltimore Con I went to last week.

I guess I got lucky on mycomicshop.com I think it was about 3 bucks

Yeah, don’t get me wrong - I was able to snag a bunch of back issues there, but that was not one of them. And I was specifically looking for it!

I really enjoyed the special Power of Shazam! annual that features an elderly Billy Batson supporting the new Shazam Thunder. 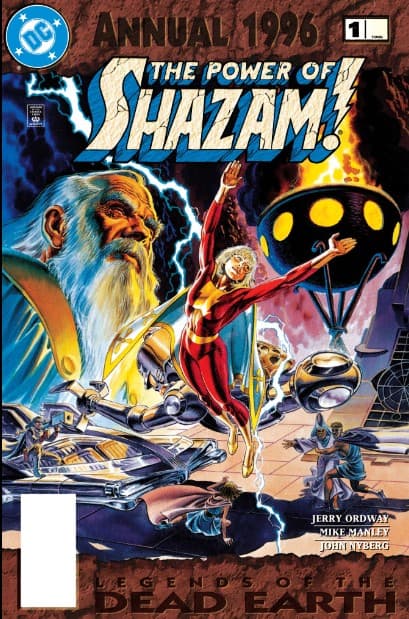 I feel like later they came up with a pretty compelling idea of how to get her to join the Legion.

I’ve also found the idea of splitting the rock of Eternity into shards a pretty good plot line for the far future.

We’ll be posting the new Legion reading possibly even tomorrow. Anyone else have favorite panels or thoughts on this particular reading selection?