[Legion Fan Club] and other interested parties, it’s time to reach back with the Mind’s Eye to that time in Legion legend soon after Zero Hour in the mid 1990’s, when two separate publications ran neck and neck in storytelling unison once again, harkening back to the great two series concept of the mid 80s in Legion publishing epochs. 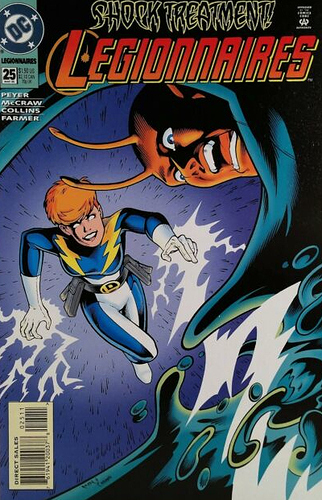 Stop by often as at a watering hole to refresh your spirit reading, reminiscing and explaining to the rest of us what is going on, pro and con, in these issues in your view! 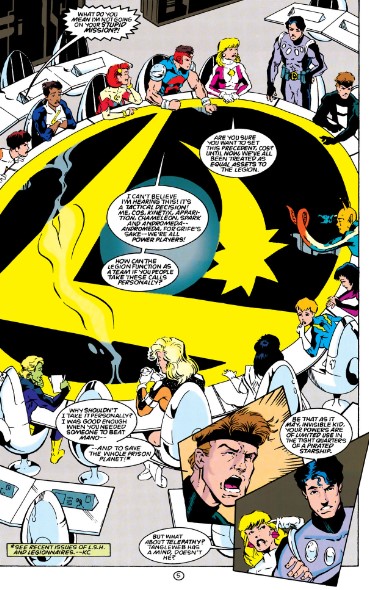 LEGION OF SUPER-HEROES (1989-) #67 Click for LoSH 1995 #67 Leviathan embarks on a mission of vengeance, taking the Legion’s most powerful members with him!

LEGIONNAIRES (1993-) #24 Click for Legionnaires 24 What happens when one of Triad’s three bodies is critically injured?

LEGIONNAIRES (1993-) #25 Click for Legionnaires 25 Chameleon comes fist-to-fist with a revenge-seeking native of his home planet, who just happens to have all the powers of the Legion members combined.

LEGION OF SUPER-HEROES (1989-) #69 Click for LoSH 1995 #69 (continued from Legionnaires #25) The Legion faces a rampaging Durlan who possesses all the powers of the 30th century’s greatest heroes. 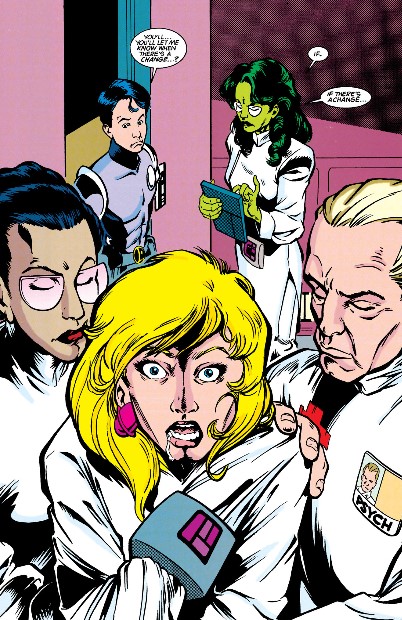 LEGIONNAIRES (1993-) #26 Click for Legionnaires 26 We end with a sweet little romance issue: Apparition and Ultra Boy try to sort out their feelings for each other, but their membership in rival super-teams may doom their romance before it begins. 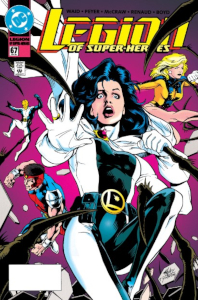 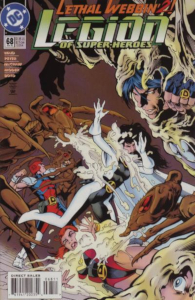 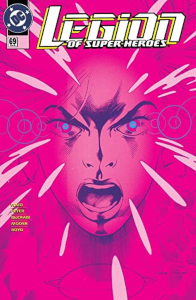 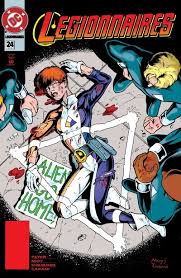 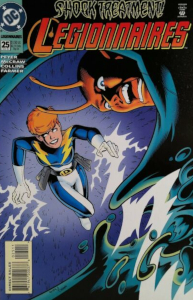 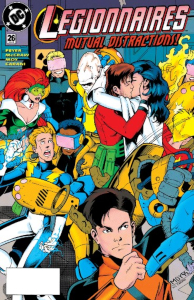 Share other thoughts on this sweet colorful slice of Legion Pie along with favorite panels!

How did miss this?

I’ve been reading a lot lately but not paying as much attention to the forums I suppose. I keep finding out about watch alongs the day after they happen.

Well time to catch up I suppose.

I still find it hard to zip back and forth between two comics to follow one story line. At some points over this read it does read like two different teams / stories for one group - Legion following one story, Legionnaires another - but towards the end it was reading both to follow the whole story. I’ve made that point before though, and zipping back and forth between two series while reading on my cell phone isn’t easy.

I preferred the Tangleweb story line. I’m a sucker for twists in a story - such as Tangleweb subjugating his whole species. It also plays with Gim’s story and test of his leadership capabilities. It was nicely done.

Legionnaires #26 confused me. It felt like a filler issue where not too much was forwarded. Apparaition and Ultra Boy were left in the same place. There were some “revelations” about the team funders motivations, but I don’t think those were new, and didn’t lead to any conclusion.

Composite Man was interesting to me. Do they explore his origin in any other issues? Or that time period on Durlan that he comes from?

@Meisaj , there are at least two other post Zero Hour storylines where this biological weapon called Composite Man shows up again, and they do look intriguing. Stay tuned!

Nice. I think that is something I like about the Legion. Its that these planets the Legionnaires are from are ripe for exploration. The idea that you can dig into a planet’s history to pull out threats to the Legion is fantastic. They don’t do it for every Legionnaire - that would be neigh impossible - but the worlds they do explore usually make good stories.

Agreed. I keep hoping DC will do that for the current day space DC galaxy of characters (like L.E.G.I.O.N, R.E.B.E.L.S. or even Green Lantern).

Yes that would be great.