Calling all who have childhood or grown up memories of the mid-90s, we’re serving up a heaping yummy bowl of Legion / Legionnaires goodness from the end of 1994 to the crack of dawn of 1995!! You can still see the effects of the recent Zero Hour event in the horizon. Where were you in 1995??? What comics were you purchasing back then? Was Legion among the pull list? (Comics Published January 1995) 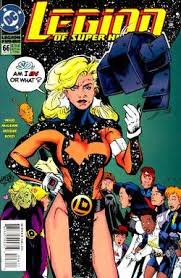 LEGIONNAIRES (1993-) # 21 (11/94) LEGIONNAIRES 21 Tom Peyer The Legion faces its greatest challenge yet when a rival team reveals itself, composed of an ultra-powered boy, a master of many ancient fighting arts, a wielder of tremendous heat, and a rampaging beast. Hmmm….sounds very familiar…could it be??? 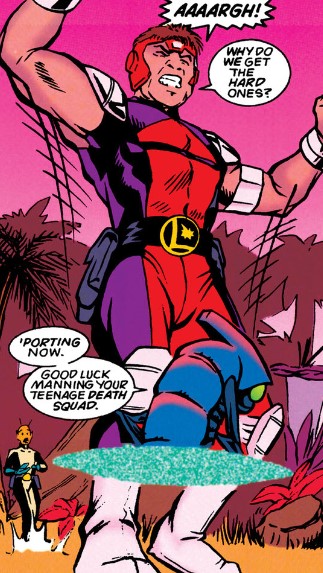 LEGIONNAIRES (1993-) # 22 (12/94) LEGIONNAIRES 22 Tom Peyer The Legion of Super-Heroes is captured and incarcerated on the prison planet.

LEGIONNAIRES (1993-) # 23 (1/95) LEGIONNAIRES 23 Tom Peyer The Legionnaires face their greatest challenge: a Saturday night with nothing to do!

Questions to Ponder (spoilers ahead!) 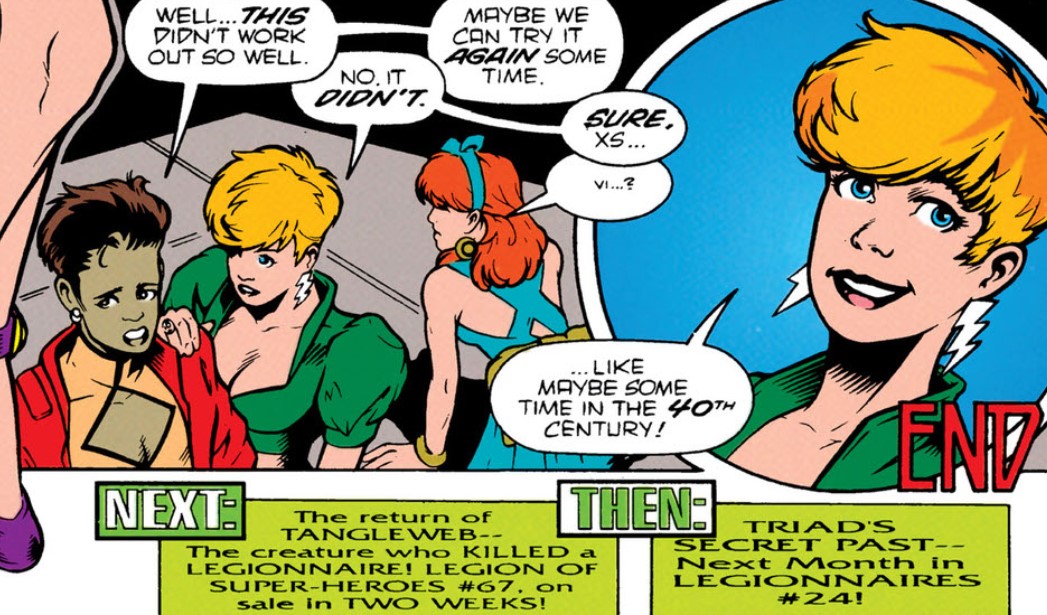 Next time: we dare to go visit the pre-Giffen early 80s again!

I want to say this was a time, the mid-90’s I stopped reading as many comics.

It was late High School / Early College for me. Although strangely enough when I rummage back through my hundreds and hundreds of comic books from this time, I always find a few of these Legion books mixed in even though I don’t ever remember buying them.

This was the year the comic book industry began to implode and collapse. You weren’t alone in reducing purchases.

Finally after a long delay, Legion of Super-Heroes #6 by Bendis and Sook has been published today. I’m looking forward to covering this series in a year with this club. 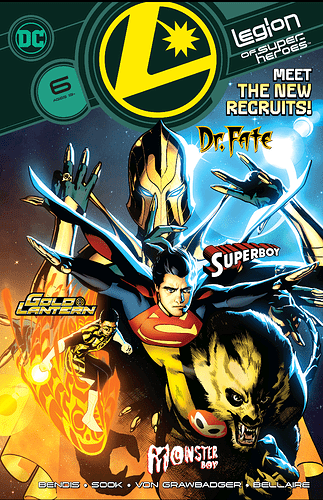 Very much like what we’re reading currently with the Legion and Legionnaires in the mid-90s, the new 2020 series does a nice job of blending the old classic Silver Age Legion with the newer stuff that happened later, along with current sensibilities about culture and futurism, as you can see on this cover.

And of course there’s the great theme of new recruits that’s always fun.

Hey, I wonder if they’re going to do the Legion of Substitute Heroes or even an Academy on here as well…

That’s on my pull-list. It will probably be another week before I make it out to my shop though.

It’s a little tough for now, because I’m more hesitant to bring my 14 month old along with me to the comic shop. I

Things are changing rapidly. I get the sense that once the infections go way down, it’ll be a whole new day.

A “brightest day”, would you say?

So I’ve only read the first two comics. I love that there is a team called Workforce. Isn’t this about the same time Marvel had a Force Works? They are both awful team names

So I think I’ve made it pretty clear in this club that I’m not a fan of the “One story across two series” that the Legion does on occasion, but here I felt like it was a smoother transition than other times. The art, the writing, the character voices all felt pretty similar across both books, making it more of a bi-weekly series than a monthly. So I enjoyed much and felt like the writing team worked well in this moment.

Andromeda is one of those characters I don’t have a great grasp on. But I feel like she was handled well here.

Phantom Girl being dragged away by her mother was a great scene. That whole issue was done pretty well.

Overall I think these issues were a pretty easy read, nothing super fantastic about them, but a smooth story across two titles with two different writers. If there was any weak spots in the issues, I think it was Work Force. As a separate team of characters within a book about a team of characters, they just don’t get fleshed out because they aren’t villains. They are like tertiary characters.

Otherwise, I enjoyed it, particularly the recruitment issue. It did a good job showing recruitment as driven by the UP as opposed to the Legion themselves.

I was surprised at how well the two series blend because the two writers are very distinctively different and yet somehow it worked. I’ll be curious to see how many months they can pull it off, stay tuned of course.

Mark Waid has impressed me with how well he writes about older teens and young adults, especially over at Marvel with Champions and what he did with the various Archie series over at Archie comics the past couple years.