, so come on down and join the fun!

2 short episodes = a fun way to celebrate the halfway point of the week!!! Join the Legion Fan Club as we celebrate this unique vision of the future! 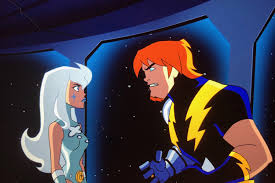 We’ll launch the recordings in perfect unison like synchronized swimmers on Neptune at the appointed time!

When the evil sorcerer Mordru attacks the magical planet of Zarok, the young and immature wizard Zyx must turn to the Legion for help. While the Legion battles Mordru, Zyx must restore his own powers by passing a series of trials designed to prove his worth as a wizard. LoSH Animated S2 E10

Legion Of Super Heroes: In Your Dreams S2:E11

With power to see the future in her dreams, Dream Girl warns the Legion of attacks against by the criminal organization the Dark Circle aimed to take down the United Planets. Lightning Lad though wonders if Dream Girl or her visions can be trusted. LoSH Animated S2 E11

Hope to see you Wednesday night! 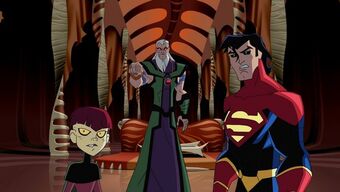 YES! I’ll be there. With pop corn. Cause I love pop corn.

I’m leaving myself all kind of reminders for this WAL because life is a little crazy right now. For example I’m going to make a very rare grocery run to the pickup area of a Tops Grocery Store Wednesday night before the watch along, in my rigged up The Walking Dead style refurbished SUV that’s a little more covid proof now. 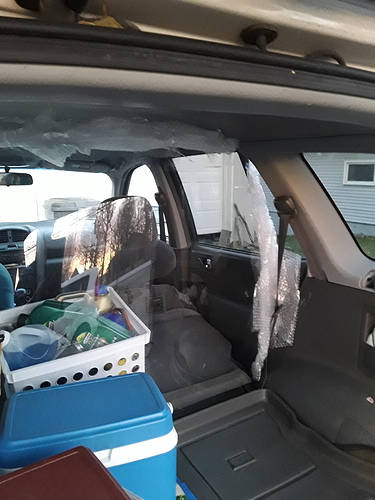 That is quite the setup you got there. I’ve got to run to the grocery store also, but my trunk works without any modifications.

I’ve had a few in-depth discussions with my sisters about how much or little precaution to take. From what I’ve read it is transmissible by surfaces, but that likelihood is very very small.

Then taking into account the reporting on the half-life of the corona-virus (4 hours) means just leaving groceries in your car or garage for a few hours really diminishes the risk. And if you can leave them in there for 24 hours you’re in the clear.

We wash all our fruits and veggies - so no worries there, and even on packaged meats, we typically take them out of the container right away to freeze half of them.

So a good hand washing and countertop washing takes care of any immediate concerns, and we let our packaged stable food just sit for a few hours before putting them away.

My sisters on the other hand - they are of the “wipe-down every food container asap and sanitize everything.” Which is ok I guess, but a little overboard from my understanding of this.

Not to mention you can’t buy new disinfectant wipes at the moment. Yeah I’m so distracted by this and still at work by the way that this morning at this point I’ve forgotten to check for the new comics here.

Before the watch along Wednesday night, we’ll be doing something similar to what you just described with the groceries. I purchased a second refrigerator several years ago so I didn’t have to leave the house as much with my work from home situation, save some gas out in the remote area we live in, so all new perishables go down cellar into that refrigerator and, depending on the plastic or cardboard the food is in, it will be there for one day or three days before we use it. Anything non-perishable just sits in a bag at our entry way here and again if it’s cardboard 24 hours later we’ll take it and if it’s plastic it’s going to sit there for three days like the delicious iced mini cookies I picked up from Walmart “Pickup” service Sunday.

I have comics I orderd from Lone Star Comics /mycomicshop.com yesterday and I just have the thin box sitting here at the entryway for 24 hours before I’ll even go ahead and open it and see the comics… mostly older stuff but a new Elfquest: Stargazer for wifey.

My wife was extremely happy to find out she could order Girl Scout Cookies online (and that they’d be credited to a local troop’s sales). But letting those sit for a day before breaking into them was tough.

I’ve been in touch with my LCS. They said they’d ship me some of my comics (I haven’t been in for a bit even before everything shut down). I told them to hold them.

I bought a bunch of comics off Humble Bundle lately that I haven’t read, along with some sitting in Hoopla for me to read (just read a Peter Cannon: Thunderbolt Collection on Hoopla by Kerion Gillen that was amazing), and of course some physical actual not comic books I’m trying to read. So I’m in no shortage - not to mention books to read on here.

While this hasn’t changed too much for me free-time wise (being a stay-at-home dad), it has been nice to play catch up on my books.

Come on daughter… You can get to sleep before this…

1 hour and 10 minutes from now, the Legion Fan Club Watch along …who’s with me!!!

I believe we’ve been doing this particular monthly Wednesday watch along just about a year now. This time we are using the second Wednesday of the month, hope that didn’t throw anybody too badly.

It may have thrown some people off. But its looking good on my end. Daughter is asleep before nine for once.

Nice. Frankly who all is going on it’s very hard for me to focus on remembering to do this tonight. We went out for a once every two weeks grocery shopping in the apocalypse -rigged SUV just now, but I’m all set up for this now.

How do they track unauthorised magic use

I’m here I just have to get the video up