Are you ready to learn how to be a hero? Welcome to Week 1 of your intense Legion of Super-Heroes Academy semester studies! 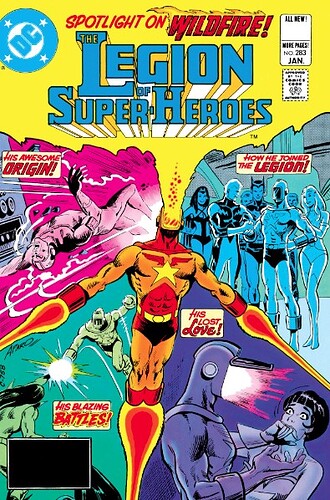 Wildfire origins! Dig in, and answer these questions!

Be sure to stop by next week for the next session at Legion of Super-Heroes Academy!

I did it! I read this week’s training materials! I’ll answer the questions later this week though…

As have I, I’ll also hold off answering the questions. Spoilers you know.

I actually just read that last week but I reread it. I guess I’ll wait to answer also although I know my answers.

I’m torn between which tragedy was worse.

It’s close but one just edges past the rest. I’ll give my reasoning when I post my answers unless I should just post them now.

You can always use that blur function so people that don’t want to read it can avoid reading it.

We can always use that blur function I guess

How do I use the blur function?

Press the gear button in the reply box and hit blur then type your text between the two boxes.

1. He originally had the powers of all the other Legionnaires. He demonstrated growth, shrinking, element manipulation, phasing, super-vision, super-hearing, flight,
and firing blasts of energy (which should have been a unique power) and technically super-bouncing.
2. He was rejected for not demonstrating a unique super power.
3. In my opinion, the greatest tragedy was the death of Professor Vultan. It caused Drake to loose both of his supporters/friends; the professor to death and Zera to anger. This led to Drake feeling only accepted in the Legion and become a loner. I think it also led to his jerkiness. The other reason this is the greatest tragedy was the tragedy for the Professor. He risked his life to help Drake and lost but also must have thought that Drake had just taken the suit and left, so he died feeling betrayed.

An observation in general, Wildfire being attracted to women doesn’t make any sense at all, it would be like him hankering for a hamburger. I get that initially he might have residue memories of all that, like a soldier feeling a missing limb, but he has no hormones, he has nothing that would make him male anymore. There’s no basis for him having a focused drive like he’s shown here. Even stranger, in some Legion continuities he actually has children …again absolute nonsense, at least I don’t see a logical explanation for it.

I don’t wanna rehash what everyone already said about questions 1 and 2 since I can’t think of anything anyone hasn’t said already haha
But for #3, I think the biggest tragedy in Wildfire’s life is the way his accident impacted his self-image-- how he thinks he’s an inhuman monster after becoming an energy cloud. It’s such a huge insecurity for him and he’s really sensitive about it in general too (I think one time someone said he was “empty-headed” or something and he got really upset), especially impacting how he sees himself as a potential partner to Dawnstar later on. I always find it really sad in the 80’s stuff when he says stuff like “I’m whole!” that one time he got an artificial body in another dimension, as if he feels incomplete or not good enough because he doesn’t have a physical body. Even though he’s a hero and his friends don’t think he’s lesser just because he doesn’t have a body, Wildfire continues to think that about himself long after his accident and I think that’s really sad.
To @Don-El_52 's point about Wildfire being attracted to women, I’ve thought about that too lol. It does say in this issue that he’s capable of feeling some semblance of pain, and also to feel “weak”/tired after Zera sucked bio-energy out of him, so I thought maybe he could have some residual semblance of sexual attraction even though he doesn’t have a body? Like he said he felt the urge to cry, he just can’t, so maybe it’s the same with being with women (which would absolutely suck, rip)? Or it’s possible it’s purely an emotional connection/romantic attraction he feels and not necessarily a sexual one? It does seem like WF is most comfortable in a human-male-shaped body, since he could theoretically be any shape but has Brainy make him human-shaped suits after this one gets wrecked, and he never really extends past the limits of human range of motion (like turning his elbows backwards or turning his head 180 degrees), so maybe he does still have some kind of sense of human physicality. Or I think it’s possible that the creative team just didn’t bother to think about whether it makes sense or not for an anti-matter being to feel attracted to women, haha.
Anyway, thanks for your posts everybody!! I had a blast reading them!

Which continuities does he have children in??? Are they like adopted or something? That is so weird hahaha

" An ancestor of Dawnstar, known as Wildstar is a member of the 21st century hero team R.E.B.E.L.S… She has the combined powers of Dawnstar and Wildfire." 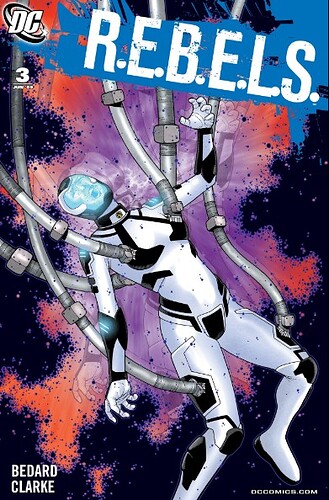 Sorta their offspring…in a back in time kind of way…it’s all kind of trippy, this Brainiac saying, “I’m going to show you your future.” ooo EEE ooo 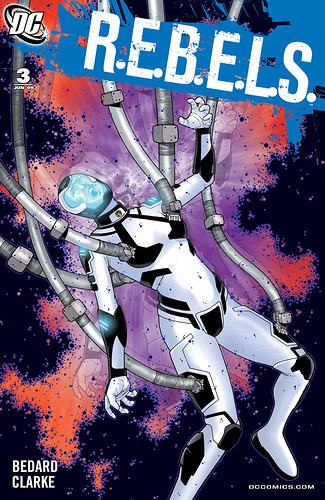 Vril Dox recruits more team members to help him reclaim his intergalactic L.E.G.I.O.N. police force. But you'll be as shocked as he is when he learns who...

Gee, Wildstar is such a creative name lol But yeaaa if that’s supposed to a biological kid I don’t see how that makes sense…I guess it’s either some serious sci-fi-test-tube-baby situation or they just didn’t think about that one too hard?? Weird stuff out there :"")