JUSTICE LEAGUE VS. THE LEGION OF SUPER-HEROES #1

Welcome to a very special session of the [Legion Fan Club] as we celebrate a wonderful and rare event: the first issue of the 2022 Justice League vs the Legion of Super-Heroes just appeared in the DC Universe Infinite Library (as part of the digital subscription service), and, icing on the cake, it’s the very same day that current issue #4 of this series went on sale to purchase “new” worldwide! 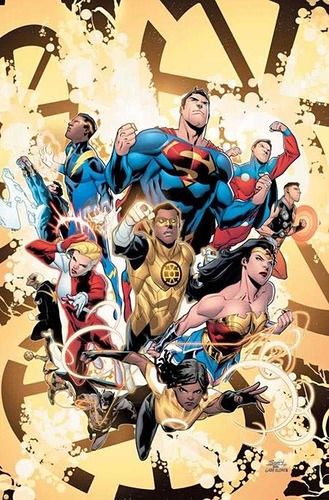 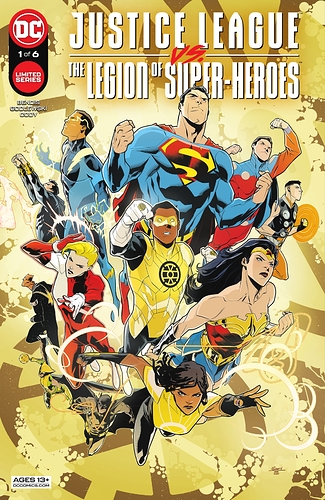 Justice League vs. The Legion of Super-Heroes #1

One thousand years in the future, a Legion of Super-Heroes comes together to dedicate their lives to recapturing the great age of heroes of the 21st century....

Whether you read this when it came out in January new, or are going to read it for the first time this month as part of your DC Universe Infinite membership, please join in the discussion below.

• What do you think of the concept that is bringing both groups together?

• Is Gold Lantern a hero or villain…or something else?

• Do you like the Legion being older teens or do you prefer them a bit older in storylines?

• Does the artwork by Scott Godlewski work for you? Why or why not?

• Do you have any favorite scenes / panels from this issue? If so, post them below please!

Not a Legion Fan Club member yet? Our club has been around now on DC Community for over 3 years! Crave a nifty gold ring for your icon? To join and get in on other discussions, our private Discord channel and our archives, click here: Legion Fan Club!

Not favorites. Just only ones I had from recently deleted. Used em for just gorgeous thread. 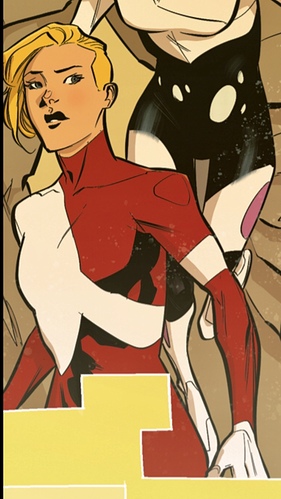 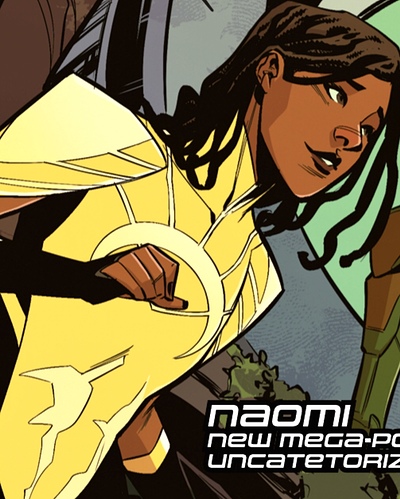 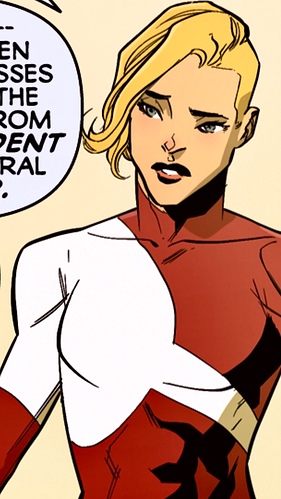 Let me say that I feel any legion material is worth reading and I am actually enjoying this.

However, the concept that is bringing them together seems a bit too maguffinesque for me. it seems like the darkness is just there to affect time. (Also, calling it the great darkness seems to both be playing up the name and to close to the bad guy of Dark Crisis which does not seem to be related to this series.

I think Gold Lantern is a hero who may be causing the disaster.

I like the legion characters to bee old teenagers/young adults but mainly because when they are written as young teens, they become annoying and “current” with regard to language etc.

The artwork works for me but it’s not my favorite. I can recognize everyone which is my main concern, but sometimes the characters seem too angular.

No favorite scenes, but none I hated either.

A little off topic, but they’re not as “sharp” as Sienkiewicz’ New Mutants. That almost lost me and I would swear Sam’s hair could cut paper. I did grow to appreciate his art though.

I had that feeling (computo) & Universo was my other early suspect?

I need to go look up how many issues this is.

Also for some reason I thought Legion was going to have another series just for themselves after this, but I may have misunderstood.

I think that’s correct? I was under the same impression at least? I never Google things lol. Just a habit of liking to educate myself sans computers.

Is this real or Memorex??? 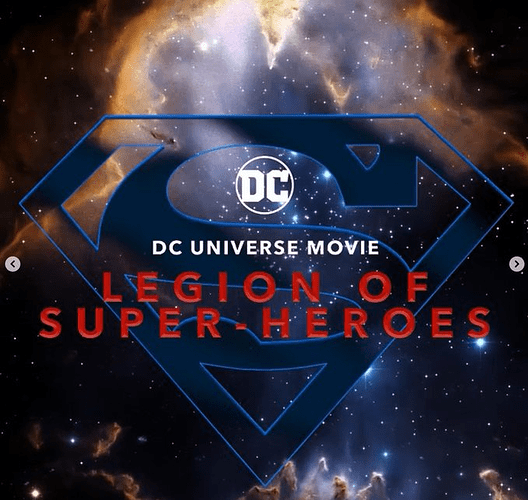 I think it’s Maxwell cus here’s me… 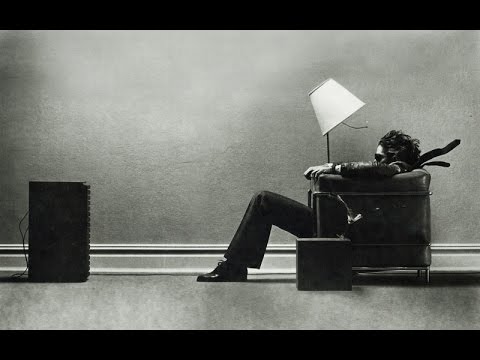 Ooo, it’d be cool if it was Computo! I love Computo stories

From what I’d read so far of Rebirth Legion though it seemed like Brainy wasn’t very important, though, so they’d probably change Computo’s backstory if it was Computo? Though if Reboot Computo is still intact, he (? they? it?) might try to do something like what the Darkness is doing…

• What do you think of the concept that is bringing both groups together?
Seems to be a different colored Crisis so far.
• Is Gold Lantern a hero or villain…or something else?
Too early to tell, definitely his bosses have a hidden agenda.
• Do you like the Legion being older teens or do you prefer them a bit older in storylines?
I normally prefer the older teens , young adult legion as in 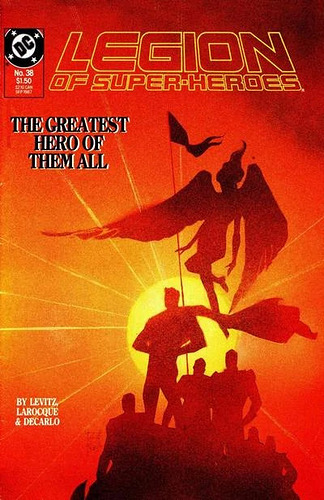 image400×617 87.6 KB
• What do you think of the concept that is bringing both groups together?
You definitely need a crisis too span a 1000 years to legitimately bring them together, but it is a bit early to say.
• Does the artwork by Scott Godlewski work for you? Why or why not?
It has an edge to it by being slightly off kilter which appeals to me.
• Do you have any favorite scenes / panels from this issue? If so, post them below please! 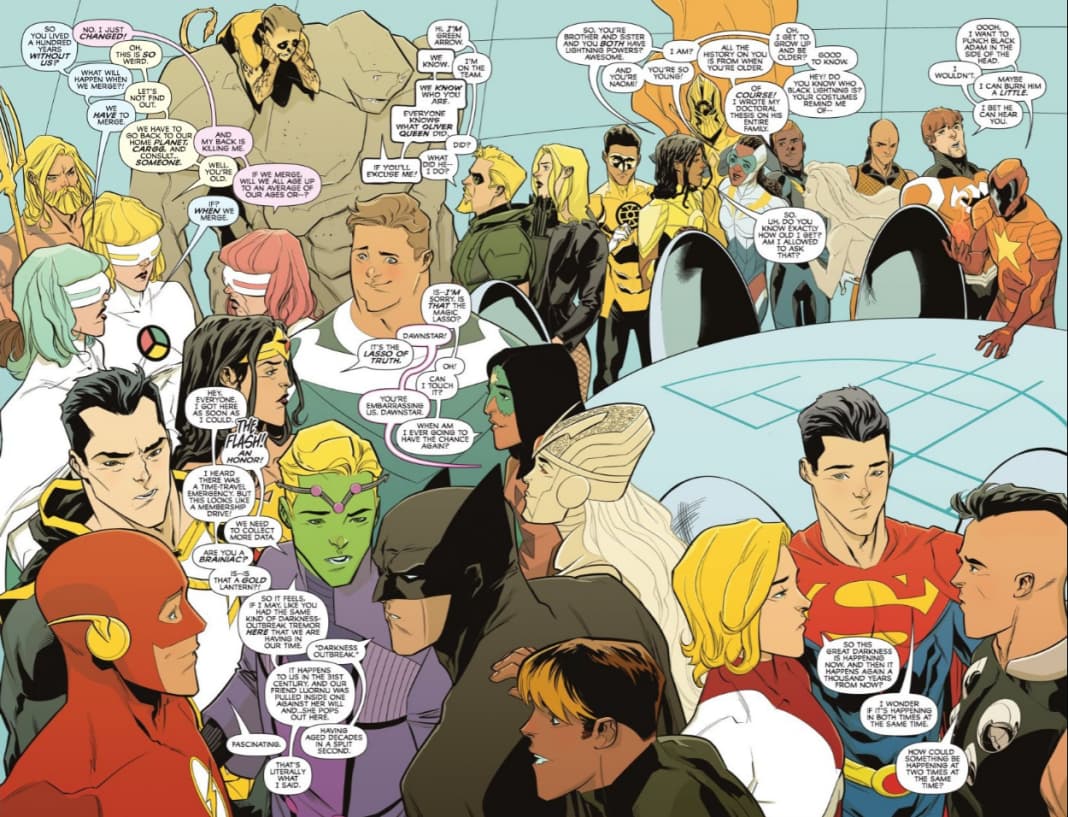 As has been said early Long Live the Legion.

Now I got to go look up Legion 38 to review it again!

Well here’s hoping that what happens in that issue you showed the cover for gets undone now with this new crisis.

That would be nice, but its continuity hasn’t existed in awhile.