For this week’s Legion of Super-Heroes Club weekly Book Club reading fun, you could call this the Durlan Extremist Group Caper:

Here are questions to use as a guide to your reflection on this story: (these could be spoilers, so maybe read this part after you are done with the 4 comics):

Next week we use the Time Bubble to go back again several Decades to see how the Jim Shooter universe is brewing!!! 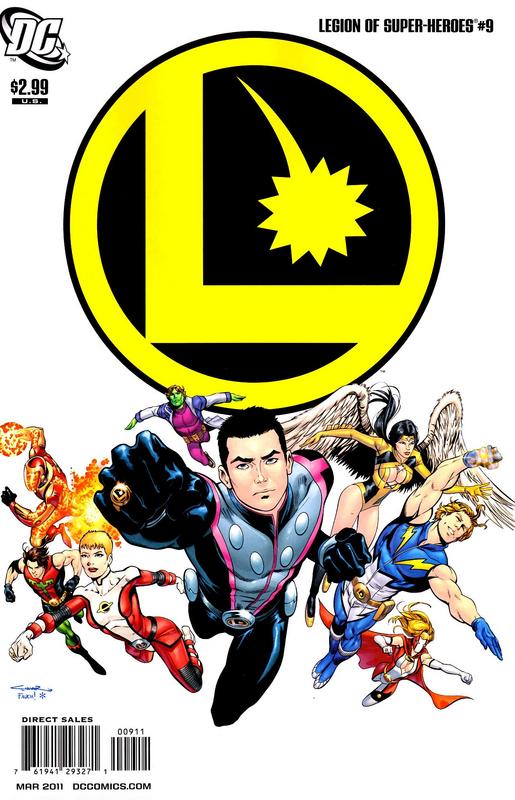 Nice just checked I haven’t read that one it’s being added to my notebook this second.

In the middle of reading this selection, but since we’ve been updating these threads with news/looks about the upcoming Bendis series, apparently he showed this off on one of the late night shows recently. 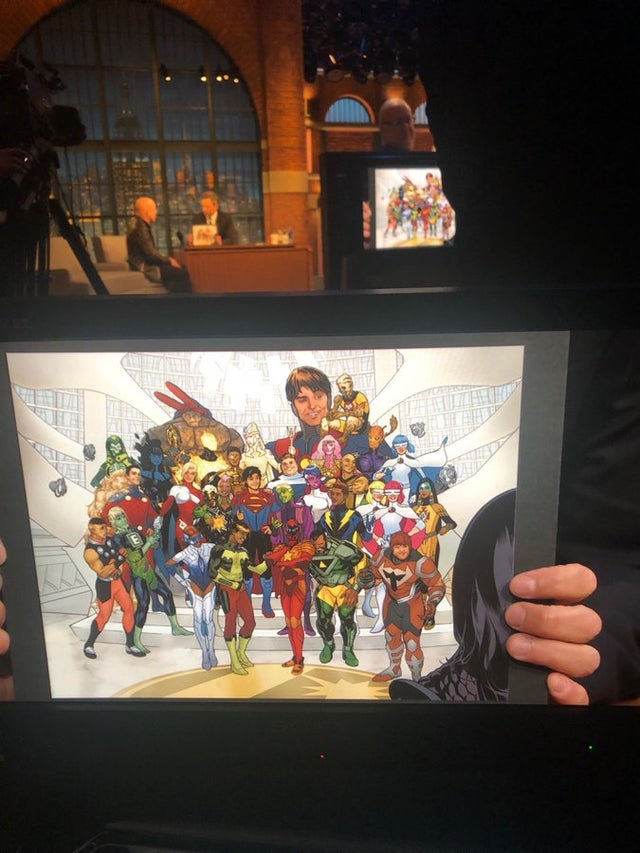 I don’t like all the monochrome. Dream girl is too yellow, White Witch is too White, Projectra is too pink.

Also, what’s going on with Thom’s face? Is he made of metal with starlight hair, or is it just the photo?

I think Triplicate Girl’s glasses look … ehm… I’m not going to be too harsh on them… maybe in a few issues I will think they really work, but not right now.

Generally it seems like more work was put in with the guys costumes.

I like some of these fashions more than others for sure, but let’s be frank: any Legion is better than the hideous 6 year vacuum of no Legion we are still experiencing…

It seems like they’re trying to make the alien races that have typically looked like humans look more alien, which might explain some of these looks.

, Gates always reminds me of Orko from He-Man lol. I’d take the Pepsi challenge with any organization Birds of Prey etc. for most attractive team. I know u said skip annual but I went for it. PG, princess projectra, Dream Girl, Dawnstar, Shady, triplicate girl or duel damsel etc etc. & name changes apply to all of em depending on where the storyline is but I’d put em up vs any team. Even love Emerald Empress & Yera. Loved the art great read imho.

Glad you liked it, djd! And since you are such a rabid Legion fan, the Club took a vote as usual and has decided to forgive you this one time for reading the forbidden Annual LOL

That Annual being forbidden brings Brando’s Jor-El to mind.

Brando Jor-El: IT IS FORBIDDEN!

I could read Legion all day so I won’t let u down again.

Brainiac 5 ( idk Roman Numerals) devised headgear for me so I won’t over read again.

Idk it was u cuz I just stared at her when I passed by.

“How does Levitz’ writing here hold up compared to what he wrote for The Great Darkness Saga? What is better, what is not as good? Why do you think that might be?”

Oh, Great Darkness Saga is much, much, MUCH better than this. Like, don’t get me wrong, this isn’t a BAD story, really. It just feels kind of…a waste of potential.

The idea of a shapeshifting species of aliens causing chaos around the galaxy is a really solid hook for a story, especially when said species includes a couple of our heroes in their ranks, that just makes the potential drama even stronger. But it just…happens and nothing really interesting comes out of it. I feel like Levitz jumped the gun way too early in resolving this, and should have made it a bigger issue. Imagine if instead of just being a money-laundering scheme, they take over key members of the UP? What if they stage conflicts against their own people to make them the victims and make the Durlans key members of the UP? What if the Legion figures this out, but they can’t prove it? What if part of the reason they can’t prove it…is that members of the Legion have been replaced with Durlan double agents? So much potential…wasted.

And another thing…what exactly is the Durlans’ deal? They never actually explain it in comic, they mention something about a “six minute war” or something, but it’s never fully explained, so the Durlans who potentially could have a back story that makes them at least sympathetic even though their actions are horrid, instead come off as empty, pointless baddies that are there to cause ruckus.

In thinking and writing this down, the more I think that this arc and this whole book feels like a good example of why the more casual comic book audience never really latched onto this iteration of the Legion. Levitz just seems to be writing solely for the people who were reading his stuff from the beginning and doesn’t really do much of anything to showcase to new readers what the world is about or what makes these characters so awesome.

“Are you buying Shadow Lass’ interest in Earth-Man yet? Why or why not?”

Well, this arc really doesn’t show anything of that relationship. Like, they speak to each other once in an early issue and…literally that’s all we see of them after that, unless I’m really blanking on something. So my opinion stays the same: at best, it feels like Tas is just looking for a piece of strange that will really piss her ex-boyfriend off.

“Is giving a Green Lantern ring to Mon-el a great idea? What do you like about that scenario?”

Giving the ring to Mon-El makes sense – given how he spent a millennium stuck in the Phantom Zone, to be able to withstand and keep who he is takes a strong amount of willpower.

If anything, I question making him the leader of the Legion at this point with what he’s dealing with. I think Levitz even knew that and had to work around it by basically making Brainy de-facto leader.

“Rated 1-10, 1 being the worse imaginable, 10 being artistic perfection to the point of revelation, how would you rank Yildiray Cinar for these issues?”

These issues? A solid 6-6.5. Don’t get it twisted, he’s a very good artist, but I don’t think this is his best work. While I think part of it is just time and doing more work (I feel like his work on New 52 Supergirl is far better than this), a big part of it is the standard inking/coloring does not do his work justice. I mean, look at one of his pages here, and then look at this commission where he inks and, most importantly, colors it himself, the difference is literally night and day. 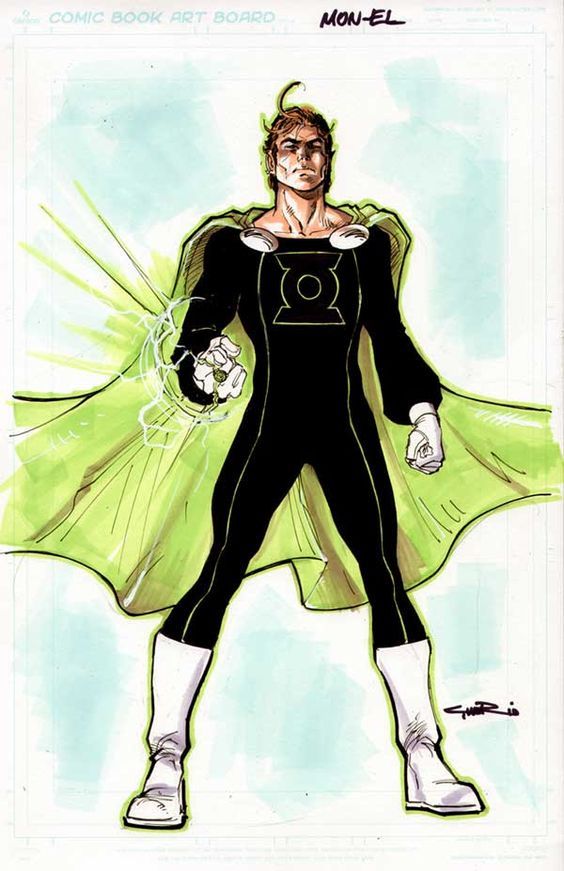 Thanks Jay_Kay. Just to let the cat out of the bag in my mind, I’m wondering if one reason why Levitz seems to write better in The Great Darkness is that Keith Giffen helped out with the plot points back then as well as the art.

I have to go look up some of the artwork you mentioned for Cinar. I was also a big fan of what he did on New 52 Supergirl, it had a real crisp bright look to it.