For this week’s Legion of Super-Heroes Club weekly reading “forbidden” fun, the Time Bubble has only crawled 4 years into the future from last week’s reading. This is indeed a type of comic book that normally is not on the DCU library service, as it is not a normal sized comic, but is the gigantuan “tabloid” size 13.5” by 10” (like the famous “Superman vs. Muhammad Ali”).

One big question: did you like this massive story and art by comic book giants Paul Levitz and Mike Grell, and why or why not?

We always use a shorter reading selection on Legion Watch a Long weeks!

The link to the weekly DC Universe Fans podcast that has a DCU Legion Club update segment (Legion news and Club news):

A podcast where fans of the DC Universe Streaming Service gather to talk about the comics, TV shows, and more that they love. The podcast features a wide range of voices with different cast every week!! 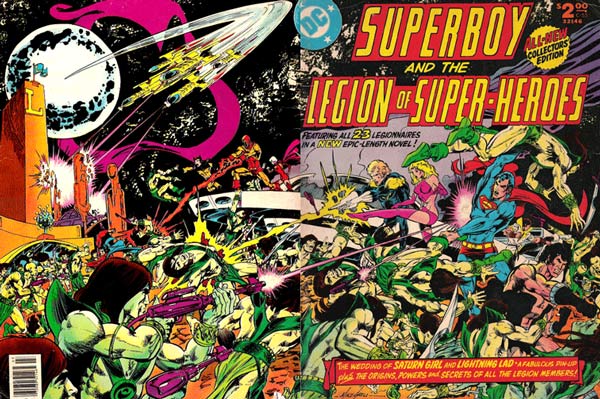 I never knew this existed on here! Cool, definitely looking forward to reading this.

Actually, this story takes place between Superboy and the Legion of Super-Heroes 236 and 237. I think I read it for something like 238th time last night…

I believe, thanks for the recalibration!

Looking forward to a re-read on this one.

As for next time, Keith Giffen you say? You have my attention good sir.

Dr. Emmett Brown: No, it can’t be, I just sent you back to the future.

Marty McFly: I know you just sent me back to the future, but I’m back. I’m back from the future. 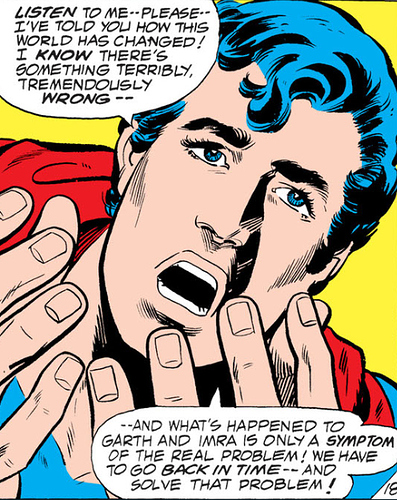 It took a minute for me to get to this one because I realized that this book was actually covered in the “Superboy & The Legion of Superheroes Vol. 1” book I got on ComiXology a while back, so I figured, why not kill two birds with one stone?

For the big question, overall I really liked it – the expanded number of pages really helped flesh out the story, giving it more room to breathe, and yet there really isn’t anything extraneous or padding the story along. A great mix of action, intrigue, drama, a little comedy, and a climax that seems to tie up a lot of bits and pieces of Legion continuity together.

Am I crazy or does the art / color pop out better for this special larger page issue than some of the other Legion comics we’ve been reading from the same decade? 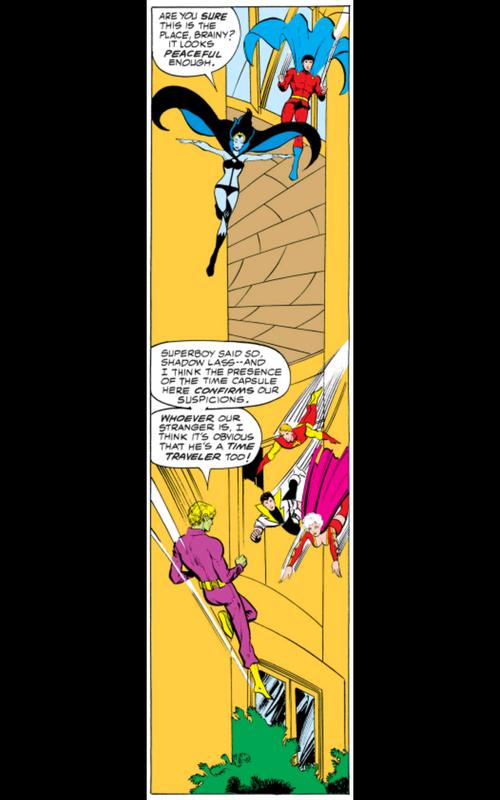 I’m not sure, this is the one I’ve been reading from.

But yeah, I could definitely see that – I think Grell also wasn’t drawing the previous issues, so I think between the extra time and space, he had the ability to just really put 110% into each page and it shows, it’s really some beautiful work. 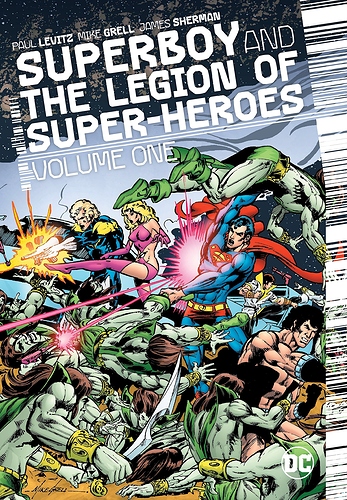 Looks like a sweet collection, it might have some stuff we don’t have here… I’ll have to check that out!

Since today’s the last day for discussion, I thought I’d post some pics of it that caught my eye while reading.

First, the wedding! God, if that’s what we wear when we get married in the 30th century, sign me up!

Also, got to love the comic book tradition of the writer and artist showing up at the wedding.

Also also, can we talk about how goofy Cosmic Boy’s outfit wad at the time? Like, kudos for at least trying to show off some male eye-candy when most of the ladies were wearing some skimpy stuff, but it just looks…ugly. 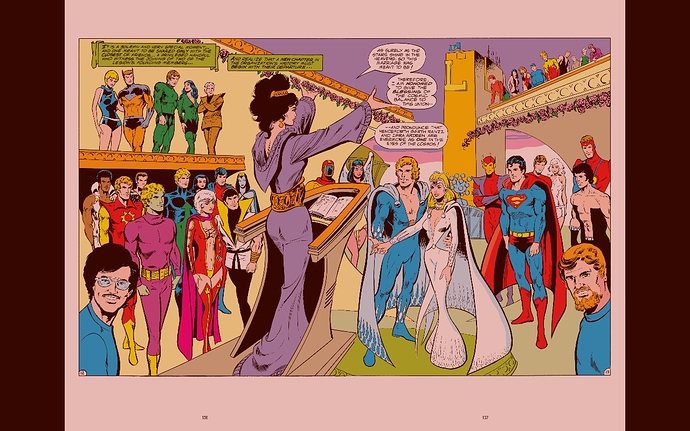 One thing that… really didn’t age well in this story, I think, was the usage of the “Lunarites,” or, to be frank, Space Khans. I get that this was fairly prevalent at the time and that the Khunds are basically the same thing, but with this alternate timeline of the Chinese talking over the moon, it really feels kind of racist. 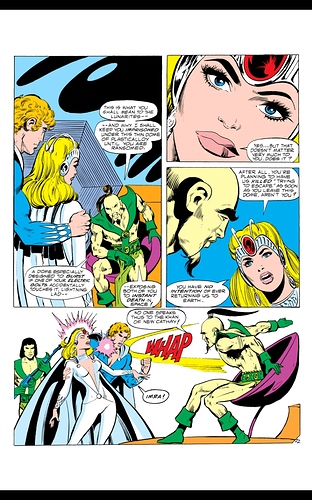 The story really takes off, IMO, when the Legion comes to 1978 Earth. Reading stuff for the club, I see it has happier need more often than I thought, but it still feels rare and special when this happens. It is interesting seeing from them our failings, and yet our potential to get to this grand world. 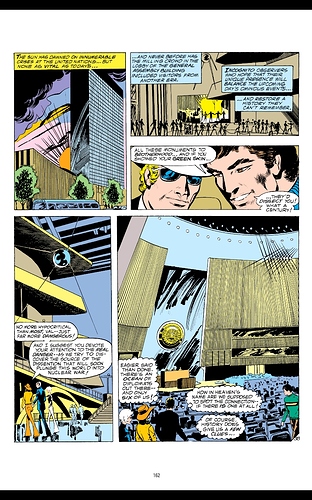 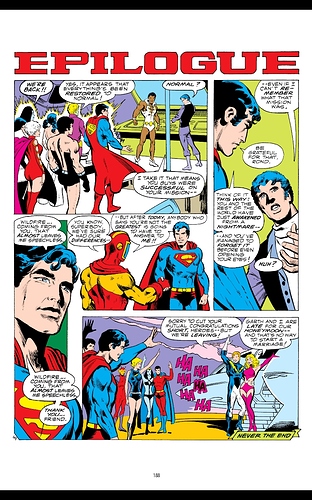 Nothing to really day about this one other than “gosh this is cool.” 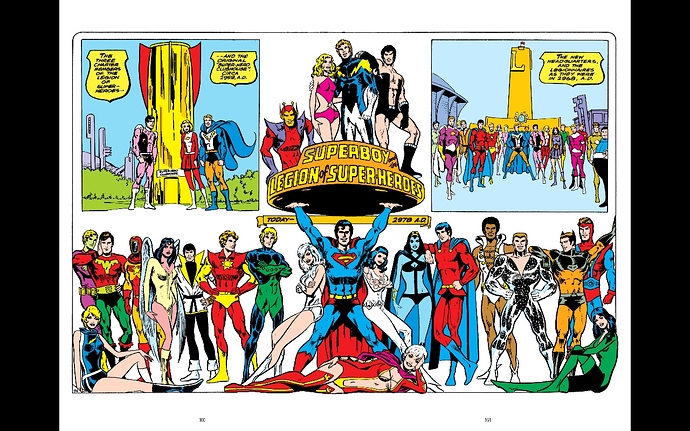 Thanks again Jay_Kay. I admit I wasn’t quite sure how to take the Chinese on the moon thing. I mean the way things are going they might get back on the moon before we do again. And at least that particular comic dealt a little more with nationalism, the rest of the comics its just “Earth is one country” kind of concept.

I’m not quite sure where M Grell was coming from with those costume designs for both guys and gals… well have you seen his Warlord artwork?

Yeah – I think he’s just always a few steps away from wanting to draw barbarian comics more than superheroes. Like, if he never worked on Conan, that would have been criminal.

And yeah, there’s a lot of nationalism, there, but…they’re literally colored yellow. It’s definitely playing off that Fu Manchu thing from the 30/40s. One might want to think that that stuff stopped maybe a little after WW2, but people were still doing yellowface up until the 80s.