The Legion of Super-Heroes Fan Club Book reading selection for this week is: Earthwar Part 1!

The Legion tries to prevent the Resource Raiders from stealing rare metals from Antarctica while Mon-El, Dawnstar, Wildfire, and Ultra Boy discover sabotage on Weber’s World just before negotiations between the United Planets and the Dominators are to begin!

The Legion tries to halt the Khunds’ invasion of Earth. Plus, a group of thieves plans to execute three heists from a flying restaurant—where four Legionnaires just so happen to be taking the night off from super hero work!

We are only reading two comics this week due to the Watchalong Legion club activity this week at 9 pm Eastern Wednesday August 7th.

Next month: Part two with the conclusion of Earthwar which covers the next three issues!!!
Next week: Back to the Great Darkness Saga!!

Here are questions to use as a guide to your reflection on this story: (these could be spoilers, so maybe read this part after you are done with the 2 comics):

First appearance of the Legion of Substitute Heroes! New heroes try out for Legion membership, but when they fail the entrance exam, they decide to start a club of their own! Also contains pages reproduced in black and white. 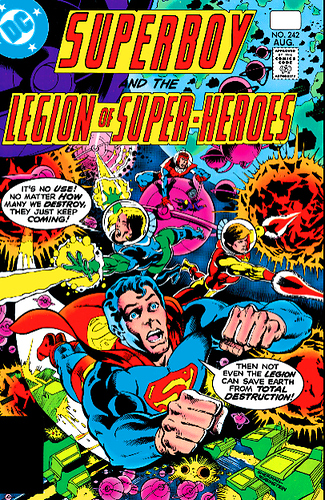 “What is your opinion of the various alien groups shown in issue #241? Which did you feel were best presented and why?”

Well, the issue really only shows the Resource Raiders, which were pretty interesting (the leader being a massive brain in a jar is always a plus for me), but there wasn’t much about them other than just being good cannon fodder, unless they were in previous issues or in the book and I just didn’t notice it.

Okay, finished up these first few issues of Earthwar – pretty good so far, though I feel like while there is a lot of story in these couple of issues, I don’t think we’ve quite gotten to the meaty hook of this story yet.

“Who do you think the group of 5 hooded figures plotting against Earth and the Legion are? Why?”

As I was reading, the idea that came to my head was that they were the negotiators representing the UP, or at least one of them with some Khund and Dominator representation. I mean, as soon as you got hooded figures talking about elaborate plans, you got a conspiracy, and any good conspiracy is going to have people at the top of the government, and I can see a group of people deciding that they want to keep Earth to themselves and not share power and resources with the other planets.

“Did ‘Girls Night Out’ work for you in presenting how powerful the female Legion members are? Why or why not?”

…Sort of? I mean, on one hand, the story shows them to be very capable and badass heroes, each character getting at least a moment or two to shine. On the other hand…considering some of the big stuff we’ve seen them do in the past with the Legion, stopping a series of robberies does feel kind of a lesser thing to deal with. I mean, you don’t bring the Justice League in for a bank robbery.

Thanks JK, this reminds me I got to get these read too!!!

Did everyone see that there’s actually a couple of new legion Comics that were digitized this week?

Who’s taking my name in vain?

You’re the one who started the Earthwar…reading that is…

We didn’t start the Earthwar

It was probably the Dominators or maybe the Khund…

Superboy and the Legion of Superheroes 241-242

Only two issues this week, but I guess they are fat issues, this took some time to read! Nice mystery developing, humorous how they use a serpent type alien to play the good guy that might be a bad guy in disguise.

Now let me go grab some graphics to point some interesting parts of the story so far out.,… 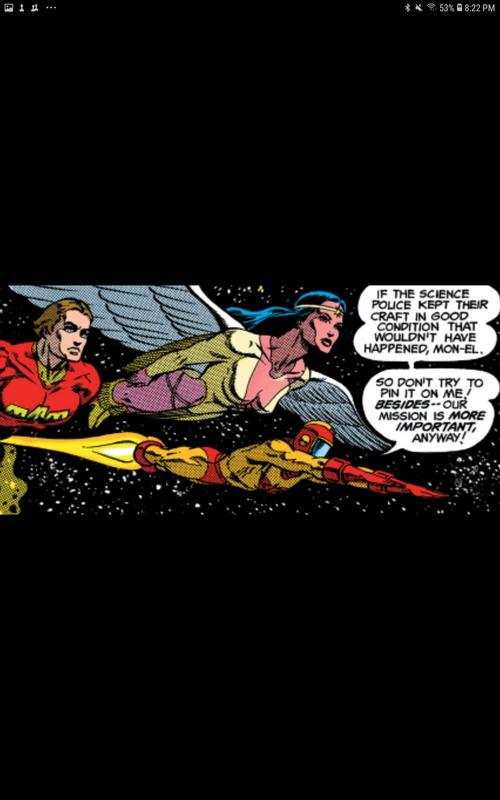 Like with Luthor in the Red Son reading for the DCU Book Club the other week, once again Isaac Asimov’s Foundation series shows its considerable influence. In this panel we see two references that echo Foundation: “Trantor” and “Encyclopedia Galactica”…plus the world made all of metal, Weber’s World, also appears in Foundation by a different name. 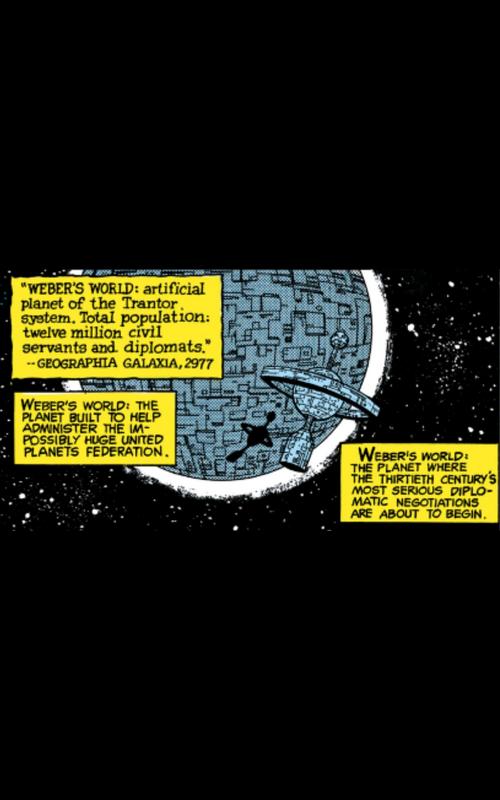 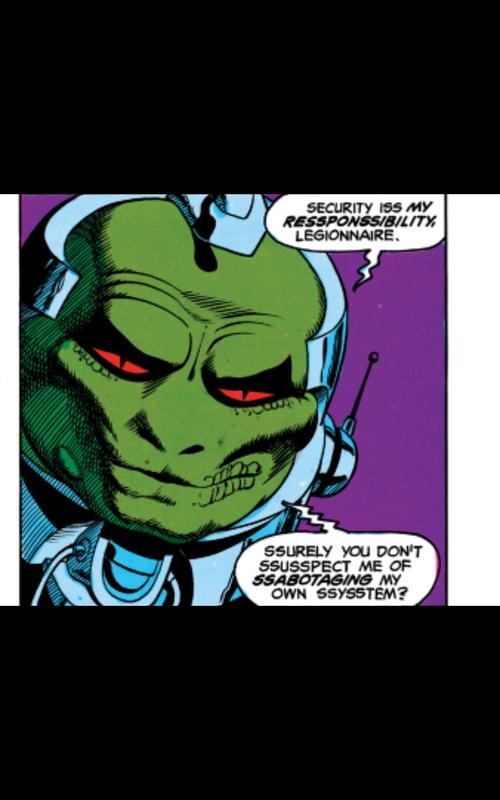 Here Levitz has one of the characters, Ultra Boy (frankly one of my personal favorite characters) summarize the pieces of the puzzle we can’t quite place on the board yet…and ps the art works well in this shot. 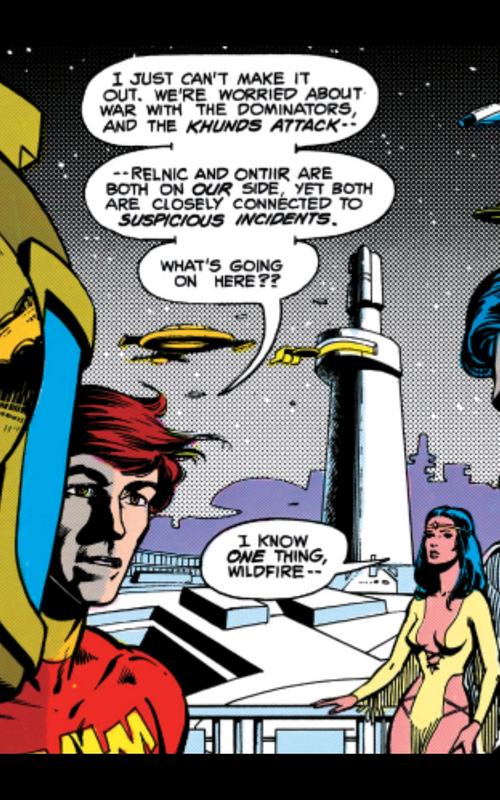 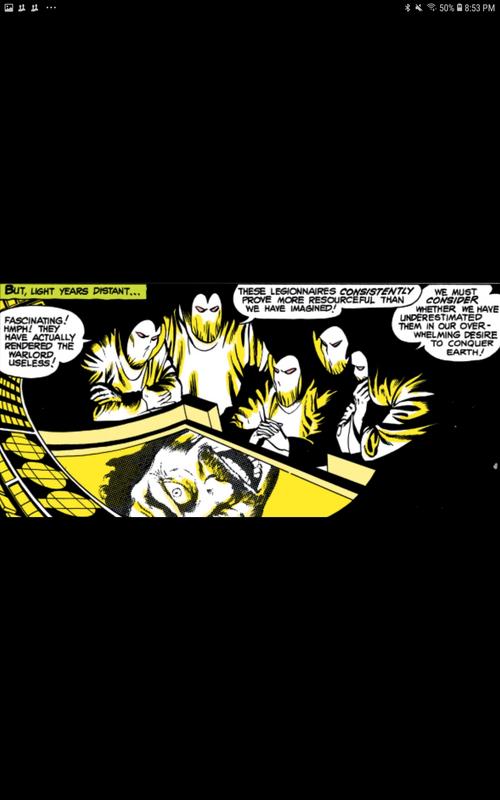 Yeah, reading some of these issues from this period I can’t help but think “who thought electing Wildfire as the leader was at all a good idea? Oh. Right. The readers.” 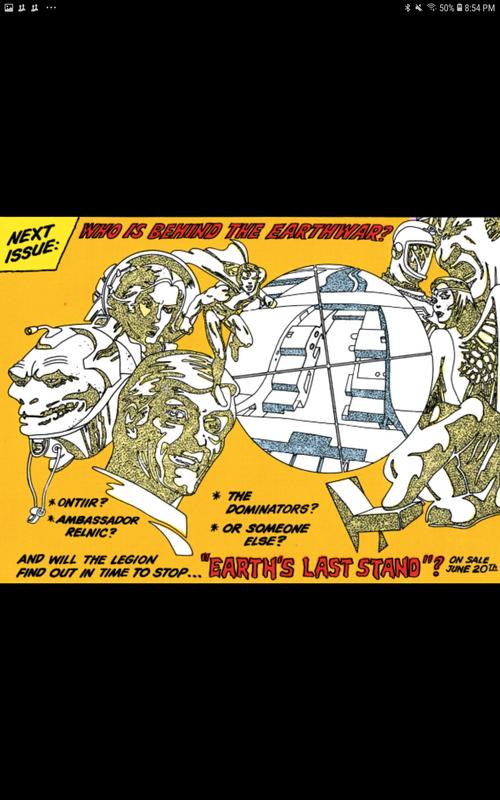 Wow, I really really liked this one. While there was some campy dialogue (more on that in a sec), the basic inspirational “I don’t have much to give, but I want to pitch in anyway and help” theme really works here.

Of all these “not ready for prime time” aspiring heroes, Stone Boy for sure wins the cake!! 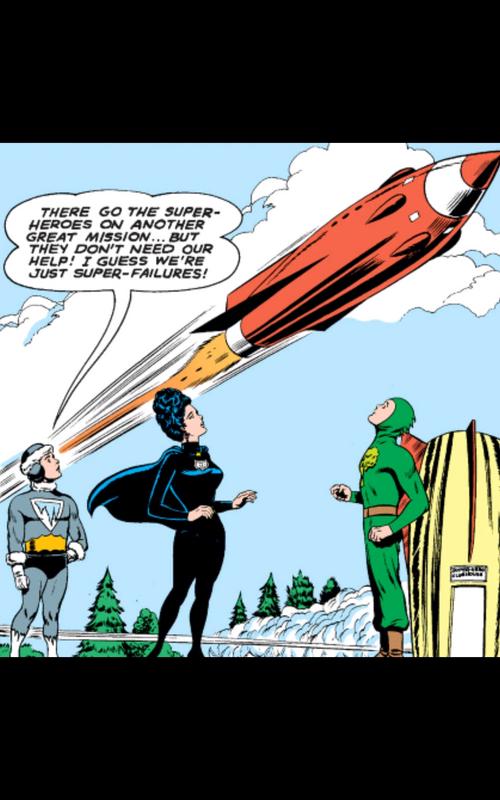