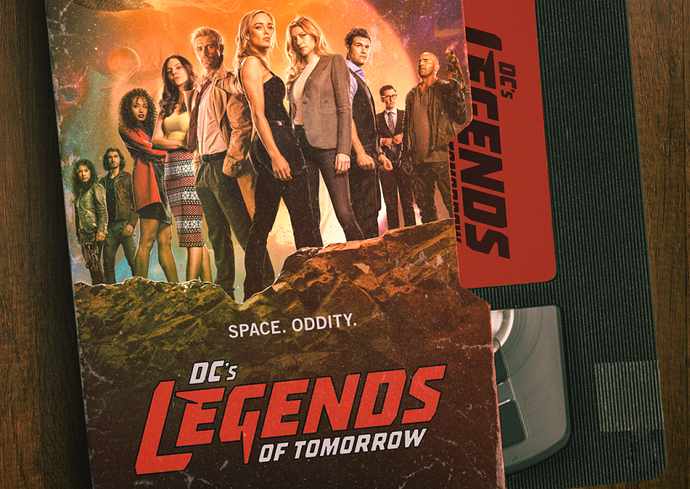 For five seasons they’ve been saving history from all manner of odd threats, but don’t call them heroes, because they’re something else. That’s right, the Legends of Tomorrow are back and ready to keep screwing things up for the better, causing plenty of chaos and saving the occasional timeline along the way.

This week at the #arrowverse-couch-club, we’re taking a look at the long-awaited season 6 premiere: “Ground Control to Sara Lance,” as the Legends begin the season without their captain and look to save Sara from the latest threat to the timeline: aliens!

At the end of the last season, the Legends were celebrating their hard-earned victory against two literal Greek gods, but that celebration will be short-lived as they’re about to find themselves down about one captain. With Sara having been abducted by aliens, it’s up to Ava Sharpe, John Constantine, Mick Rory/Heat Wave, Zari Terazi, Nate Heywood/Steel, Behrad Terazi and Astra Logue to not only find a way to get Sara back, but also deal with the new alien invasion throughout history. There’s sure to plenty more trademark Legends heart, humor and insanity this season, and it all starts right here!

If you’re not yet a member, be sure to join the Arrowverse Couch Club! We now have five active shows to discuss, with Legends re-joining Batwoman, Black Lightning, The Flash and Supergirl, so we’ve got plenty of material to break down and discuss in further detail. Click here for more information and here to join!

Just under an hour to go! I hope everyone’s ready for more time-traveling chaos!

I’m here. I watched this earlier today so I’m probably not going to re-watch now. But I will comment with everyone else!

I really was so happy for this show to be back. It’s my favorite of the Arrowverse.

me too, by farrrr

Same here! It’s such a relief to have it back after so long away

That’s not his real voice?

Ohhh… I think I knew that.

Off on another adventure!..right after the hangover passes

i regret that we only got like half an episode of will-they-won’t they out of Zari and John. I LIVE FOR WTWT

Happy is a strange but good look on Constantine

I wonder how long it will last.