Legends of Tomorrow: No Tomorrow

I wish this was the title of the eighth season premiere but I just saw the news that our beloved show has been canceled. I’m heartbroken that we will no longer have the show that made me laugh and cry sometimes in the same episode. The wildest cast of outcasts yet the most inclusive cast of all of the Arrowverse. I will most of all miss discussing my thoughts and pop culture references with all of you, small but dedicated group of fans who would listen to me ramble week after week. Hopefully we will meet again and as always stay Legendary!

very sad to hear, but i feel like we’re really lucky that we got 7 seasons of such a weird and wonderful show. it felt like something the cool kids were secretly making in the basement that the corporate overseers didn’t know about, with an independently weird spirit.

The show will be missed. Every time they lost characters between seasons, I thought the quality would drop, but they did a really good job the last 2-3 seasons to revitalize the show every year. I’d have to say the last 3 years were my favorites of the whole run.

This does make me sad. Of the DC shows on The CW, Legends of Tomorrow is my favorite. I really hope that they resolve the cliffhanger on one of the remaining Arrowverse shows.

Sad to see it come to an end, but I’m still shocked it got to complete seven seasons.

It just needs one more episode.

I remember when the trailer for the first season came out. I couldn’t wait. Our first superhero team in the Arrowverse and they were going after Vandal Savage? Hell yes! I thought about how this show could widen the DCU in the Arrowverse, taking us to familiar places. The first season came out and I loved it! The cliffhanger with Hourman, promising us the JSA blew my mind. It sucked we lost Rip for a good portion of the second season, and the JSA was just okay, but hey, we got the Legion of Doom and that was cool.

The third season is where I felt the show really started getting forming it’s own identity. I also noticed this is where the budget restrictions became more obvious. But a funny thing happened: it worked within the restrictions to become its own thing. Some characters left, some debuted, but even with the changes, it still felt like the show I got excited to see every week.

The season finale gave me a character I’ve been waiting to see since they announced the show…Booster Gold. I love what Donald Faison did and was looking forward to seeing more of him. Sadly, that’s not gonna happen.

I’m glad we got this show. It gave us a lot of fun moments. To this day I still crack up laughing at Ava singing “Poison”…both how it went in her head and how it actually went down.

This doesn’t feel real. I know we were incredibly fortunate to get as many seasons as we did, but this show deserved a proper ending. Even if it was just 1 more season, there’s no excuse for screwing us over like this. I’m so unbelievably pissed at the CW

When Constantine left the show, but Matt Ryan kept appearing, that to me suggested it was on borrowed time. I did not watch it regularly, and now that it’s done, I’m left unsure how much the last few seasons have been raising public awareness of lesser-known DC characters.

The show was certainly a success, by anyone’s measurement, though

This pisses me off so much!!! How can they cancel this show and still let The Flash go on!!! Legends is leaps and bounds better than The Flash! Not that I wish for cancellations.

My concern is the only true Arrowverse show left is Flash and they may almost be done as well. Superman and Lois sorta is as we saw Diggle but they do not acknowledge Supergirl at all. Naomi seems to be on its own and separate and Stargirl is a different earth.

I will add though, the episode where they show them possible futures and everyone kinda gets a goodbye scene with others did feel like a sorta series finale. I wish there were more legends but it seemed like they knew this might be the end and had at least one sentimental send off

Also this way, in my head, I can picture Mick and Kayla bursting in, guns blazing, to break the Legends out of time jail. Then they would become a sorta A Team traveling time and space, helping those in history who needed it, if they could find them.

I have been dreading the coming of this day; somehow, I feel ready.

but Matt Ryan kept appearing, that to me suggested it was on borrowed time

And I thought they were keeping it interesting for actor and viewer alike.

but they do not acknowledge Supergirl at all

This has been very unusual. To be sort of an optimist, should they make actual mention, it will be interesting to see how they do it.

Naomi seems to be on its own and separate and Stargirl is a different earth.

As to Naomi, once we see her meet Superman, we will know more about her Earth.
As to Stargirl, depending on what shows are airing, there could be a JSA/JL crossover.

They keep a limit on the number of overall superhero shows. As much as I consume this sort of material, I don’t want to overdose on it either. In order to introduce new shows, old(er) shows have to end. Which can suck, but if it’s been a good ride, and the story well told, I will be grateful for having it in the first place.

Mr. @biff_pow- we’re losing one of our fave things.

I truly love Legends. It’s always been a fun show and the cast is lovely and amazing. I will miss my fun hour every week.

Thank you so much for the memories. We

you and we always will. 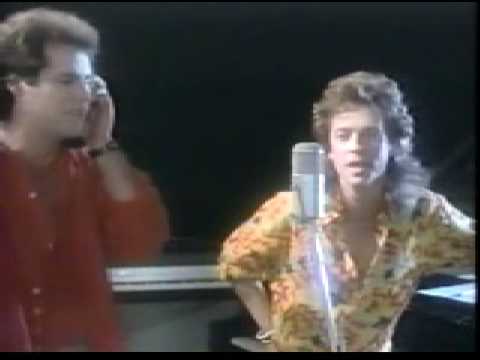 To this day I still crack up laughing at Ava singing “Poison”…both how it went in her head and how it actually went down.

any time CW execs try to have fun, Caity Lotz should pop up and

any time CW execs try to have fun, Caity Lotz should pop up and

That was such a great moment. 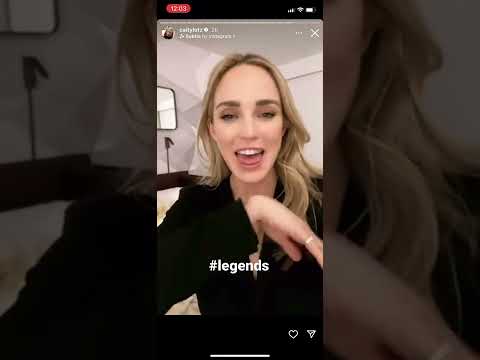 Caity Lotz reacts to Legends of Tomorrow being cancelled 😱