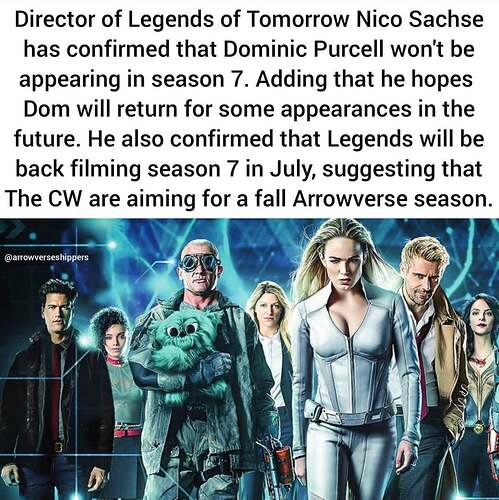 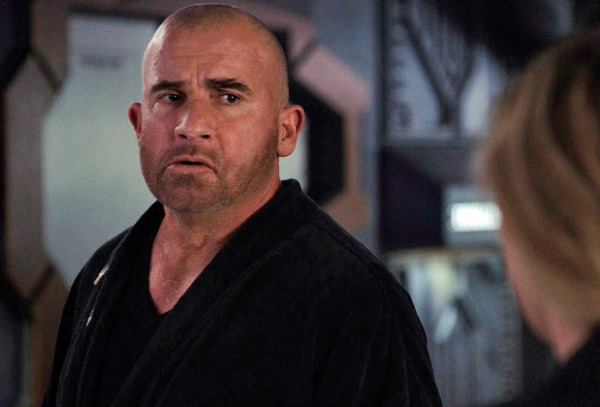 Legends Boss on Dominic Purcell's Exit: 'Everybody Needs a Break'

I had already seen confirmation that he wasn’t gonna be back as a regular after this season, but that comment about season 7 filming definitely stands out more. Unless there are any big breaks in the season, Legends is set to wrap up in August, but a July production would allow them to start season 7 in October like in previous years. So after an extended pandemic-driven hiatus last year, we could be in for a much shorter gap in between seasons this year, and that’d be so awesome!

And while I’m definitely gonna miss Mick, I can’t say I’m gonna miss Dominic Purcell after seeing him complain about the “emasculation” of the show’s male characters and #MeToo. He’s clearly missing the point entirely, and if he really is gonna be back for some occasional appearances going forward, I’d hope that the producers and maybe even some of the cast can try and explain to him how not that many people really want to see a show w/ the outdated gender roles he’s promoting

(The link shows some of his previous captions on an Instagram post that have since been edited. Censored for cursing that was showing up in the un-blurred preview)