If you missed our Last Chance & Coming Soon post for December 2020, be sure to check it out now to stay on top of all the latest!

Please note: The below list is ONLY a reflection of DC Universe Classic, from January 1st - January 20th. We will be posting the DC Universe Infinite updates in the new year, listing out well over 1,000 comic book issues with titles from Black Label, Vertigo, the Archives (yes, you read that right), and more! Friend, it’s going to be a DOOZY! Keep your eyes peeled for Part II soon.

Without further ado, let us ring out the new year with a sneak peek at the future…

Pt. II of #whats-coming for DC Universe Infinite to be posted in the new year!

To track DC TV & Movies, we have posted a work-in-progress list of video DC content and where it lives in TV Land. We will be updating it monthly to help you track every minute of DC video goodness.

When it comes to comics, if you can’t wait to see what we have in store for you in Part II of WHAT’S COMING in January, make sure you’ve opted into DC Universe Infinite for uninterrupted access.

We’re so excited to start the new year with DC Universe Infinite, and we hope to see you all there!

That’s suprisely nice of you guys keeping the remaining videos til January 20th!

I’m ready for the full-blown DC Comics app. Give it all to me. I believe this is the future of Comics.

Also enjoy the small amount being added until DCUI. Gives me time to catch up on stuff a bit before the bulk drops.

Can’t wait and thanks for the HBO Max heads up.

I wanna see reviews on individual issues like I would see on Amazon for any given product. I think there is a great opportunity to advertise and solicit the very best stories from DC creators for new and old readers alike, right here.

Rated 5 star reviews would help new readers find a story they might like or what subscribers have been rating 4 or 5 stars.

I really can’t wait til January!

Nice to see The Adventures of Superman will still be here in January for our usual first Wednesday of the month watch along with the Superman fan club!

Yesterday I watch Flight To The North episode thinking it would be my last, now I know I’ve got a month to watch it again long with my plan to watch
The Face and the voice
The stolen Costume
Human Bomb
Mr. Zero
Jimmy the boy editor
Episodes before they go! Guess I’d better start watching!

So what books are coming out and when regarding Future State? .

After January, books will be added to DCUI 6 months after print. So you can expect Future State in April and May.

Vertigo, the Archives (yes, you read that right), 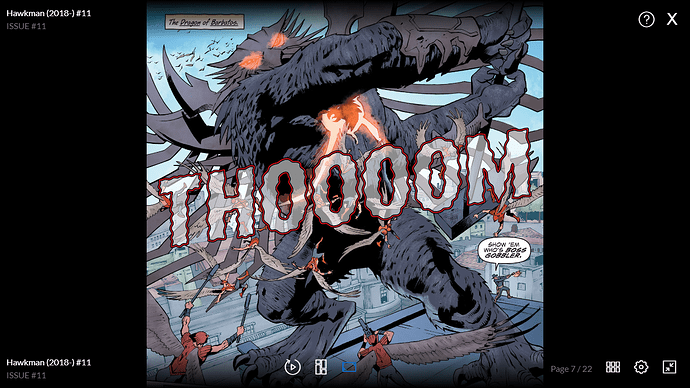