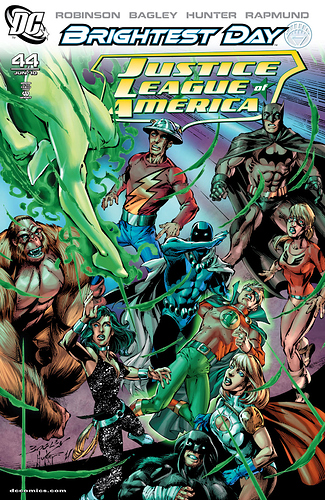 Noice! Really enjoying this story so far and can’t wait to dive back in!

Finished the JSA issues. Really enjoyed them. Jade is one of those characters that I’ve always wanted to read more about, so I really enjoyed those. I’m also in the same boat as this character, but with pretty much all the characters. 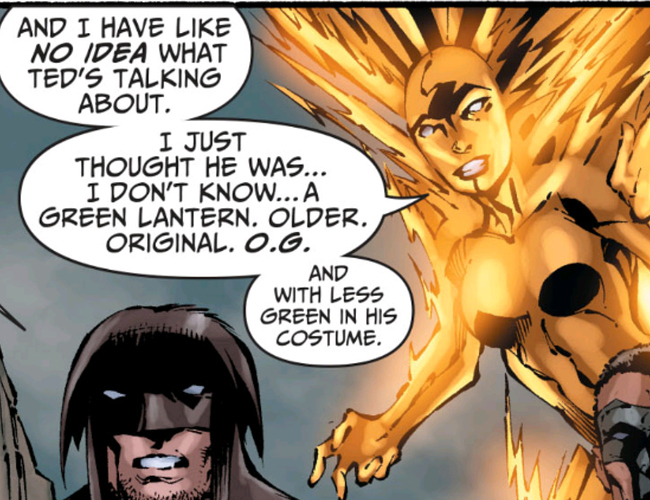 Finished Titans. It was good, but I liked the JSA issues more. I’ve got a soft spot for green lanterns

Did not expect to see Atom get killed. Also, calling themselves Titans is weird.

Yeah I was not expecting Atom to get killed.
I read the first 2 back when this weeks reading was current and I’m pretty sure I want to say who ever was writing did not have a good grasp on Batman.

I loved the art in the Titans story. The issue was good as well but the art and colorist were great.

The JLA issues were pretty decent – a strong improvement from what they did on Blackest Night, though honestly, that’s kind of a low bar to jump. There are parts of it that I’m not that into – it felt rather padded and some characters like Donna Troy just felt so off. But the initial premise sounds promising, so I’m willing to give it a shot.

Now, the Titans: Villains for Hire book, that was just absolutely godawful. This is the picture definition of the trashy, edgy, wannabe 90s extreme books that was going on at this time: the characters were all dull, the art was muddy and poor, and the purpose of the entire issue was to seemingly murder a bright, optimistic and strong hero of color who is literally far more compelling than all of them put together. Not only that, but they trivialize and make fun of The Atom by putting his corpse in a freaking matchbox.

That anyone would think that Titans special was a good idea.

I’m gonna try to be optimistic and see if the book maybe improves as we go along for it in Brightest Day, but I really doubt it’s going to happen.

You mean Supergirl? I like it. This take on the JLA is interesting in that it feels like the next generation is starting to take over, between Dick Grayson as Batman and Donna Troy. Having Supergirl there kind of finishes up that trinity.