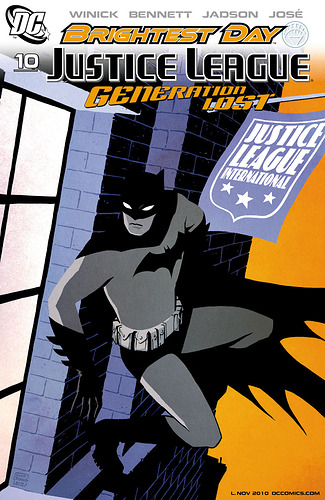 Probably #10. I liked the bit with Batman starting to figure it out, only to have it be forgotten.

Ice going berserk. Very Frozen backstory, but taking on Alloy in an instant is impressive.

They are alright. I remember reading something with them before. This version isn’t as good, but that’s probably because of the circumstances they’re in at the moment.

I’d say #12 this week. Getting Ice’s backstory and seeing her and Fire fight was cool. I don’t know much about these characters so it was all new to me.

This is hard because I don’t know much about these guys. But Batman, Alfred and Power-Girl starting to figure it out and then forgetting was funny and surprising. I’m not sure what I expected but that wasn’t it.

What are your thoughts on the Metal Men?

I’ve read another story or two with them in it so I am semi-familiar with them. It’s a neat idea. I had no idea they could combine into a giant form though. But I like how they all balance each other out by using the different properties of their metals.

I forgot to say: Thank you for doing these every week! I know I forget occasionally but it is really nice to have a guide through an event I have never read before. And to know someone else is reading it too! It makes all the difference. Thanks!