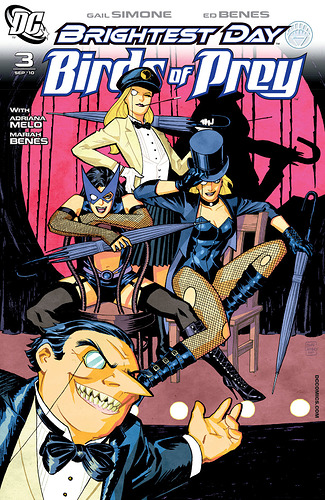 They were all pretty good, but I liked #4 the most.

Hawk punching a tank was a bit unexpected. I thought Hawk/Dove were normal people like Batman, but apparently not.

I thought it was good. White Canary was a good villain. Penguin was kinda dumb, but ya gotta get all the birds, apparently.

I liked #4 the best. Though it was close. Getting into Barbara’s head a little and see how she thinks in situations like that are interesting.

The Batcave getting broken into was interesting. I don’t know these two characters but I wasn’t expecting them to know how to hack into the Batcave and to walk right in.

It was good. Still kinda unsure how it ties into Brightest Day, except for Hank being there. But I don’t mind reading some Birds of Prey.

Oof, that’s a hard one. I think I might go with #4 as well, if only for the awesome moment between Barbara, Creote and Savant.

I forgot about Penguin’s dream, which was hilarious. Ed Benes is rather notorious for his cheesecake art and it was funny to see them lean into it. Hawk’s reaction alone just sells it. 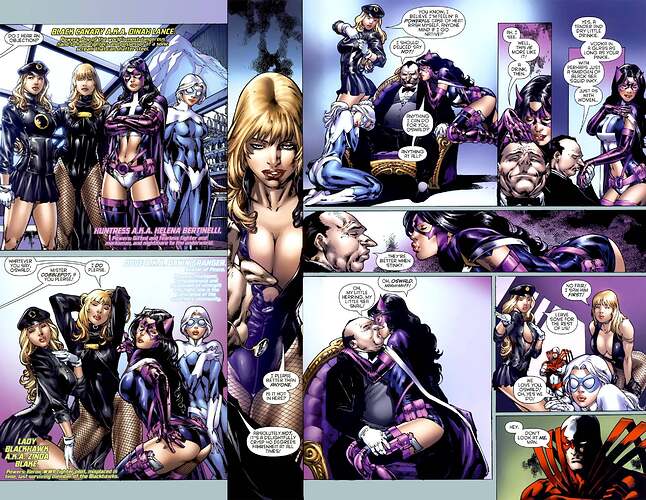 I liked it – while the connection to Brightest Day is strained at best, it was awesome just to see the classic team come back for at least a little while. Adding Hawk and Dove in did make for some interesting interactions, though I can’t help but wonder if it was an editorial mandate and Gail didn’t quite know what to do with them.

I don’t know these two characters but I wasn’t expecting them to know how to hack into the Batcave and to walk right in.

Hope you don’t mind me replying to an old post, but Creote and Savant were introduced in Gail Simone’s first arc of Birds of Prey, issues #56-61, which I highly recommend. Her run on BOP is an absolute must-read, IMO.

Not at all! I love learning new things! Thank you!