Are we already on our FIFTH vote for the DC Bat Cowl Comic Book, aka ‘Batman: The Legacy Cowl’? Time flies! We don’t have the results from the fourth vote yet but we do have a new group of choices and this time we’re getting evil and picking the location for the Villain’s Lair! 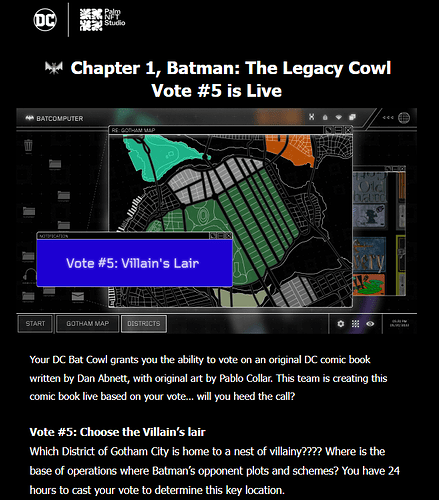 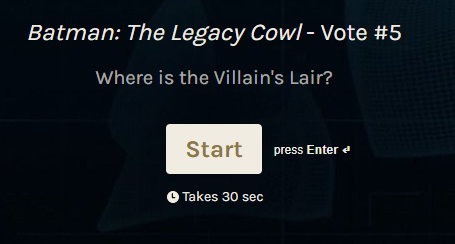 This presents an interesting choice. If you are a member of a District do you WANT a villain’s lair in your neighborhood? It’s where the villain lives, hatches their plans and collects their ill-gotten loot but is it also where they commit their crimes? Or they not “poop where they eat”, so to speak?

Let’s take a look at our options: 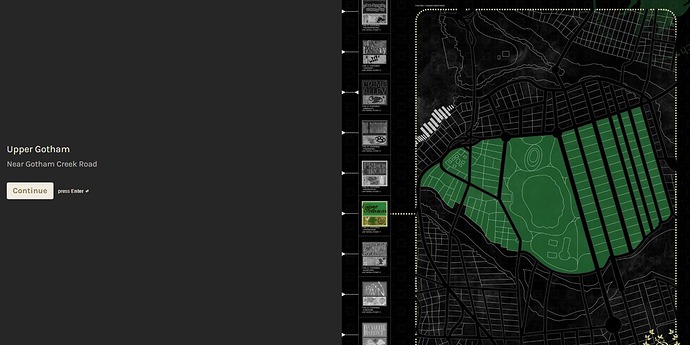 What do we know about Upper Gotham? Well, according to the folks at Palm Studios who are running this whole project…

Upper Gotham gets its name as much for its hilly terrain as that it is north of Old Gotham. The popular districts of Upper West and Upper East Side frame the island on both coasts, with Robinson Park right in the middle. The wealth of the people who live in those areas has attracted petty criminals for years: only the foolish would walk through Robinson in the middle of the night. Coventry is the other major district in the region and attracts a lot of students, as it’s still close to nearby Gotham U. but not as expensive as other areas, giving it a more Bohemian air.

Upper Gotham consists of, among other locations, The Upper West Side, Upper East Side, the district of Coventry, and Robinson Park. There’s a lot of wealth concentrated here, which means lots of crimes of opportunity. Stay alert during your vigil, reporting any goings-on that might be out of the ordinary, and aid those outside of your sector if they call for help.

One famous villain who did make their home in Upper Gotham is Poison Ivy who resided in Robinson Park. Could she become the villain of our book? 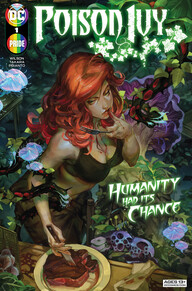 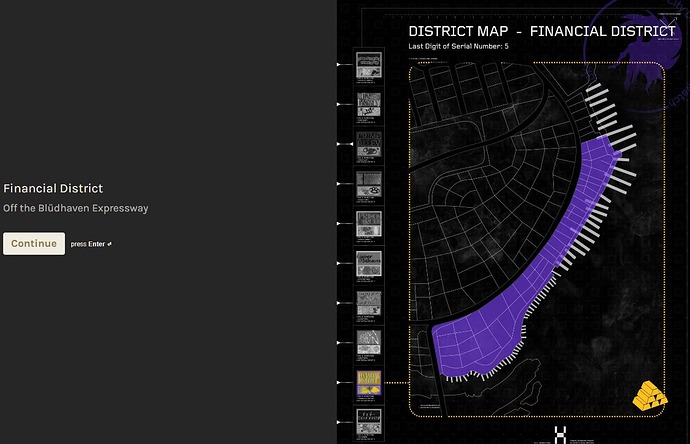 Financial District
Off the Bludhaven Expressway

Though Old Gotham has all the famous skyscrapers, the Financial District of Gotham City is where most of the new rich of Gotham do their business. Its spiderweb of streets has forced architects to make due with odd angles so that the character of the buildings is far from uniform. Some say it has “character,” while others call it a mess. Cathedral Square is just above it and, as one of the most visible icons of Gotham with its gothic structure and gargoyles, is frequently used for campaign stops, parades, and other civic activities. City Hall itself is just a little further east but few people want to associate themselves with that part of the city, given the rampant corruption of most of the city’s history.

The Financial District consists of, among other locations, Port Adams, Cathedral Square, and the City Hall District. Take care to stand vigil over smaller shops, as well: supervillains get the headlines when they encase a skyscraper in a sheet of ice, but petty criminals make up 90% of the crime in Gotham. Report any activity within your sector and make sure to help other Bat Factions when they need it.

This seems like a great location for a villain’s lair. The streets are labyrinth making it easy to lose someone in a chase, there’s a Port for access to the sea and what villain wouldn’t love to conduct their business right under the nose of City Hall and in close proximity to a cathedral? The location specifically says “Off the Bludhaven Expressway” as well so there’s quick access to get out of town or recruit help should they need it.

None other than The Penguin himself has called the Financial District home in the past. Could he be the one that stole Batman’s Legacy Cowl? 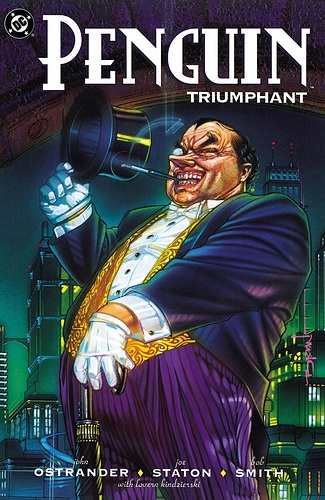 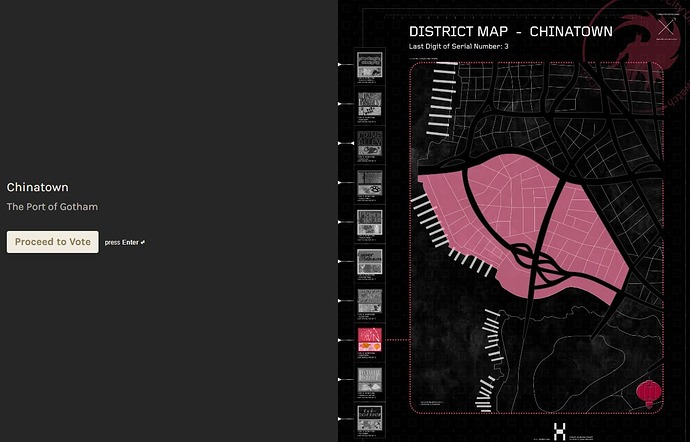 Chinatown
The Port of Gotham

It’s not just a classic movie, it’s also a thriving cultural center of all major cities around the world. Let’s see how the folks at Palm describe it…

Gotham City’s Chinatown emerged in the late 1800s, pushing out Italian immigrants who had settled there in the middle of that century. Little Italy is still there, as are the gangs that ran the illegal businesses of both segments, despite the City Council’s best efforts to “tourist-ify” the area. The Vauxhall Center and Gotham City Superior Courthouse are the most prominent symbol of that effort: two gigantic structures that stand dozens of feet higher than the slums that surround them. Those who wish to travel to the area should stick to routes that they know. The roads are winding, a trait that petty criminals use to stalk their prey, just out of sight.

Little Italy, the Vauxhall Center, and Gotham Superior Courthouse all fall within this boundary. The winding streets and alleys can hide much in their shadows, so be sure to flush out any criminal behavior before moving on in your patrol. Make certain to detail anything odd or out of the ordinary as well as coming to the aid of those in other factions if they need help.

Sounds like a charming place! No mention of the delicious vittles Chinatown members are always bragging about on Discord.

Like the Financial District there’s a Port for access to the sea and lots of winding roads. Like Upper Gotham, though, this sounds like the kind of place where crime happens, not where a villain would have their lair. What villain wants to be near the slums? They may recruit from the slums but wouldn’t want to live there, right?

Well, one villain has historically made their home in Chinatown - King Snake. It’s been a while since we’ve seen King Snake in a Batman comic book. Could this be his return? 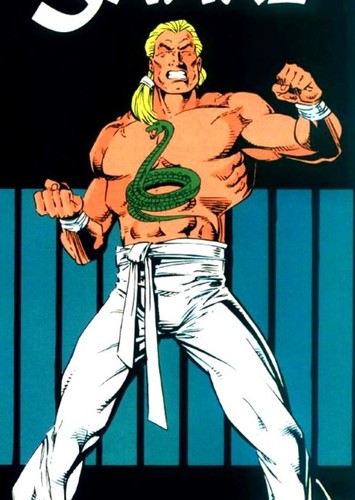 So there you have the options. Which one would you vote for and why? Which villain do you think would best match each location? Post your comments below!