Well Knightwatchers, we’ve reached the end…this is the final vote for ‘Batman: The Legacy Cowl’. I’ll do a recap post once all the results are known on Batman Day (September 17th) but fear not - we’re going out with a bang! Or is it a “SKTRUUNNKKKKKK”? Confused? You won’t be in a second! Let’s get to the final vote!!! 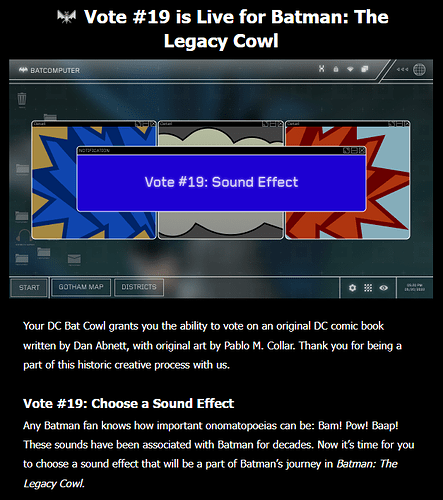 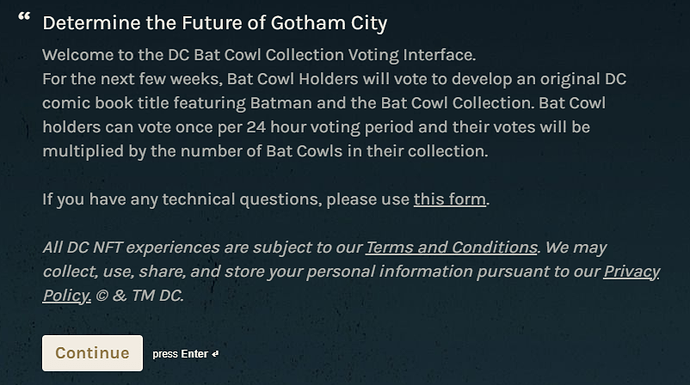 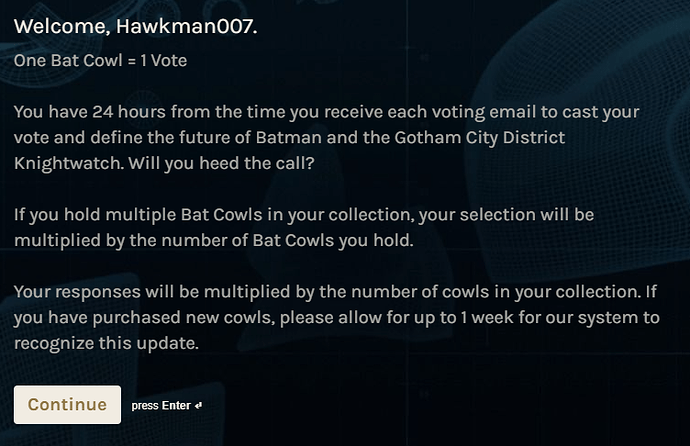 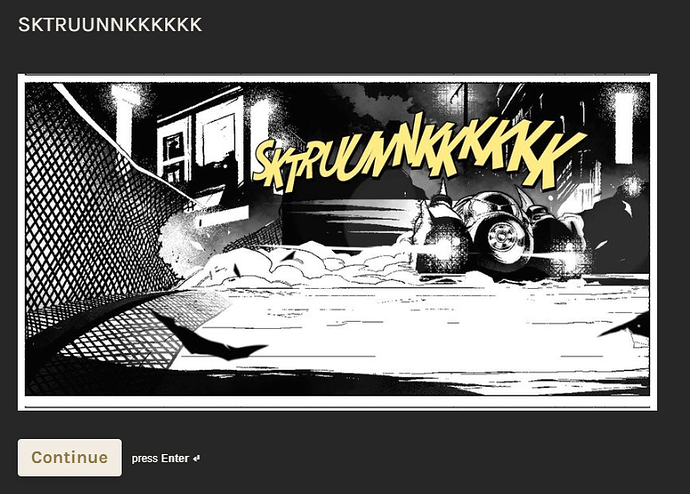 First of all, credit to Pablo Collar for the artwork and Marshall Dillon for the lettering on all three of these option. Now - what does that sound mean to you? I imagine that to be a skid that results in an impact. Maybe the image is influencing me more than it should but that’s what it sounds like to me if I sound it out. Reminder that we did NOT pick this stunt action for the book so this will not be the panel you see/hear this sound effect in. Maybe this is the sound the Batarang we picked makes as it flies through the air and then impales itself into a villain’s armor or object! It would be interesting to see what this could be the sound for and how it would be incorporated into our story. (Yeah, OUR story - we voted on 19 different aspects of this book! 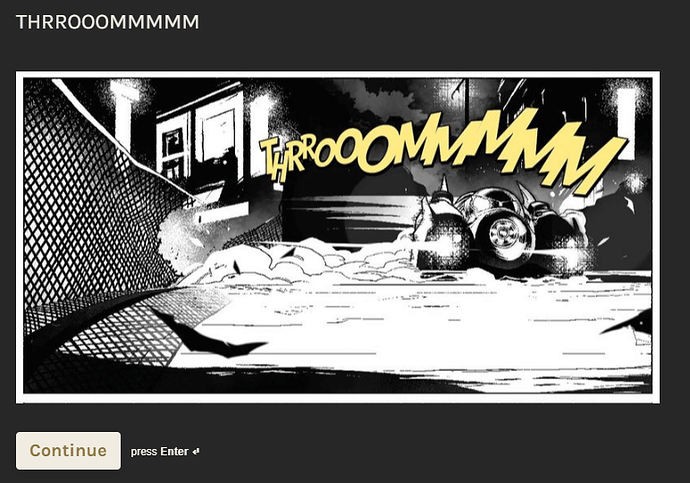 This is a familiar one, or at least it seems familiar. I associate it with flight or aerial battles so this one could lend itself well to the stunt action we did select - leaps embankment (reminder of what that looks like): 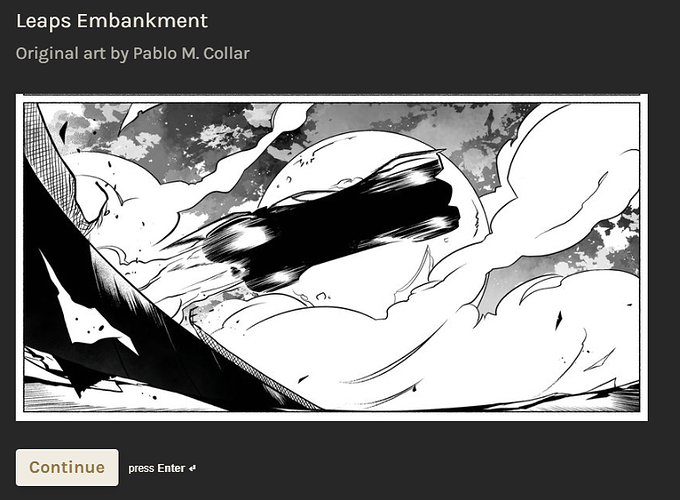 With the powerful engine of the Batmobile I could see a THRROOOMMMMM sound being heard as it revs its engine and leaps through a barrier and off an embankment. Again, this would be fun to see writer Dan Abnett, Collar and Dillon work this into the story. 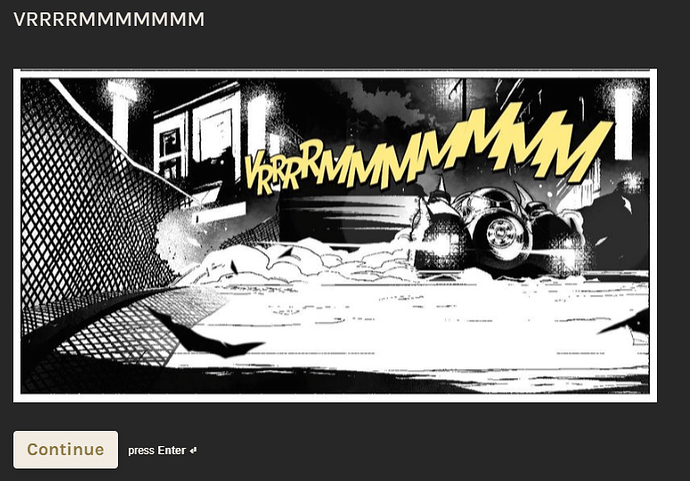 Classic automotive sound effect right there. Could be the Batmobile speeding off, maybe starting a pursuit or it could be a villain escaping in a vehicle which might prompt Batman and Nightwing (the sidekick we selected) to say the phrase we chose for them, “TO THE BATMOBILE!” This is an easy one to “hear” when you read it and it quickly makes you think of speed.

There you have it - the final options for the final Bat Cowls vote for ‘Batman: The Legacy Cowl’. This has been an absolute blast to take part in and my thanks to everyone at DC and Palm NFT Studios for allowing us to have so much input on a DC comic that will become part of Batman’s history. It has been a pleasure to do these breakdowns for each vote and I thank you for reading them. I sincerely hope we get to do this again in the future for another issue or comic book series but if this was it then it was worth it for me to get involved in this project. I felt like I had a seat at the table in the DC offices and to get consulted, even for just one vote of thousands, on a Batman comic book is something very few fans ever get a chance to do. As a DC fanatic these are the types of fan experiences I was hoping for when I bought my Bat Cowl and they have delivered.

So with that I will go get into my own “Batmobile” and imagine a “VRRRRMMMMMMM” sound effect written by Marshall Dillon above me as I drive down the road.

Until the vote results recap on September 17th…