We are back, Knightwatchers, with our 14th(!) vote on the comic we are helping create - ‘Batman: The Legacy Cowl’. This time we get to vote on one of the most important aspects of a comic book, the cover. I know the expression is “don’t judge a book by its cover” but that’s why books have covers and for comic books the artwork on them is crucial! If they catch your eye and look cool you’ll go in for a closer look so this is an important vote for this project!

Let’s get to the options!

Let me start by saying these covers were drawn by Mikel Janin, a great artist for DC and other comic book companies and even if you don’t know the name I’m guessing you’ve seen his work in the past without knowing it. Here’s his bio for DC - LINK. Let me also make clear that these are sketches and are not finalized works. Whichever one we select will be finished by Mikel in the coming weeks and revealed to us on Batman Day in the Bat Cowls Private Discord. 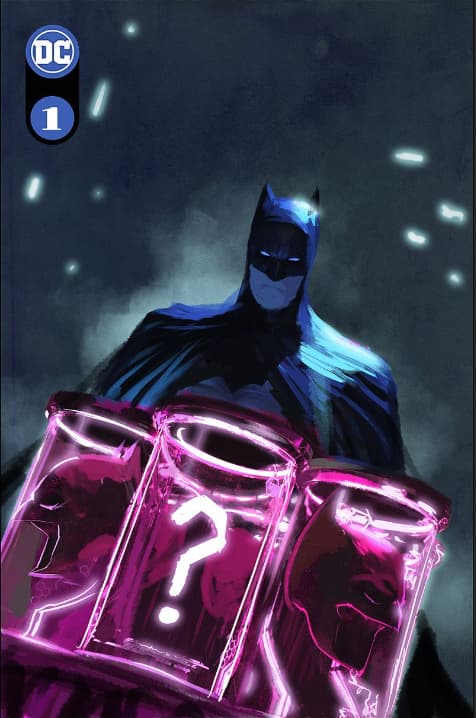 Batman looks down at his cowls with a scowl as he sees one is missing. The ? on the empty canister/case - is it actually there or is it just there to emphasize that the cowl is missing and it’s a mystery as to why? We all know that symbol meads “Riddler” in Gotham but we also know that he had nothing to do with this…did he? Was Brainiac working WITH Riddler? Two of the greatest minds in Gotham…I’m getting distracted and ahead of myself!

I like the perspective on this as the cowls are in the foreground but Batman is looming over them looking cool as always. There’s plenty of room behind Batman for Mikel to add details making it clear this is in the Batcave and between all of that and the title I think even someone who didn’t know much about this project would understand the basics of the story. 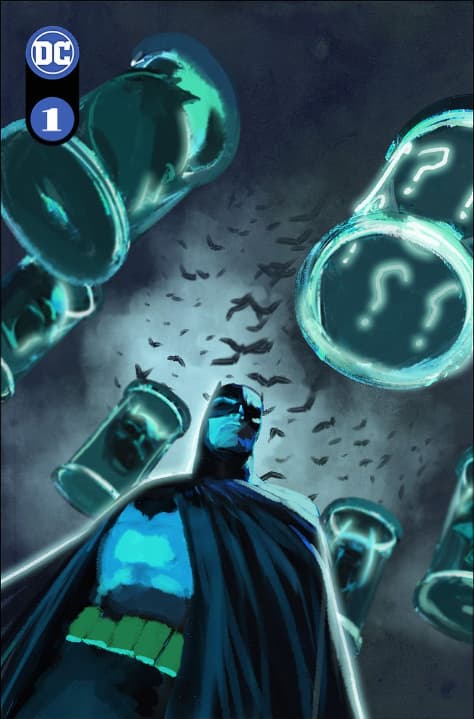 Similar perspective but now the cowl cannisters/cases are floating, we see more of Batman (in a very traditional outfit) and a cloud of bats behind him. Once again his focus is on the empty cannister/case and now there are multiple ?'s on it. This is a very intriguing cover as you’re not quite sure what is going on or how these are levitating. We see more cowls in this one than in Option A (how cool would it be if they used some of our cowls as the artwork for the other cowls on this cover!) but my concern on this option would be the title covering up a lot of the artwork including, potentially, depending on the layout. 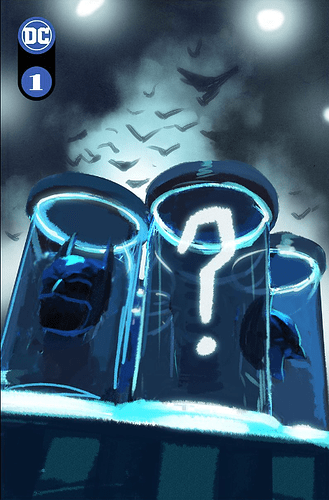 We return to the perspective of Option A and keep the cloud of bats from Option B but this time Batman is nowhere to be found. The ? imagery is still there, the empty cannister/case is still prevalent and there’s plenty of room for a bold title. This one is the most unique of the options in that I’ve never seen any Batman cover like this before - especially without Batman on it - and it makes you wonder what this book/story could be about. But without Batman in the image I think people would assume he’s wearing the missing cowl and that the Riddler left him a message that he was in the Bat Cave while Batman was gone. I like the perspective of this one a lot but that’s about it.

My first thought is that A is the best option but what do you think? Which option do you like best and why? Let me know below!