We’re back with another impactful vote for the upcoming comic book ‘Batman: The Legacy Cowl’ and this is already our 13th vote! Let’s take a look at what we’re deciding in the next 24 hours… 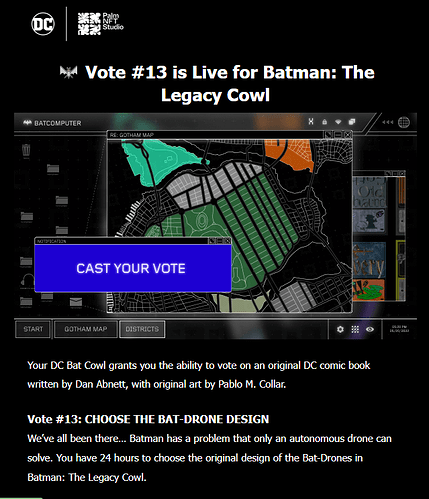 Clearly this series will take place either in present day or the future (or very recent past) and we’re tasked with picking which of artist Pablo Collar’s three unique Bat-Drone designs we want to be in the book. Let’s take a look at our options!

This is very utilitarian and seems similar to a drone you might actually see in the world today. It’s got four propellers for great stability, maneuverability and control; the camera appears to be in the front so it’s omnidirectional or 180 degrees at best (though there could also be a camera on the bottom or back that we’re just not seeing); the top of it makes me think it’s been designed/built for stealth and to avoid detection from radars or satellites - much like the stealth bomber. It’s not a sexy design but it looks like one that would certainly get the job done and would probably not make people think of Batman should it get captured or lost. 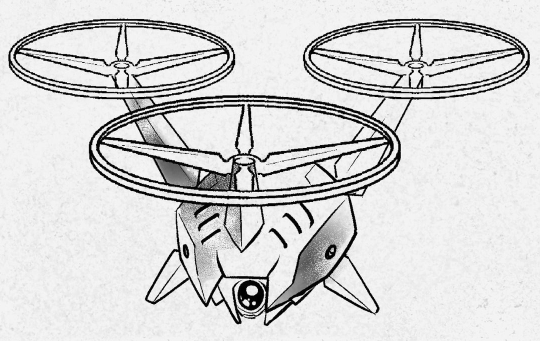 Three big propellers, some fins on the bottom for better control and for protection for the bottom when landing - looks like there might be cameras on the sides as well as the large camera on the front and if there are cameras on the sides in the front there could be some on the back as well to give more of a 360 degree view. Not sure what the functionality of the ridges/grooves on the top would be - ventilation for the Wayne Tech inside? - but they’re an interesting design feature.

One thing these reminded me of straight away were the drones that the Magistrate used to patrol Gotham in both Fear State and Future State. We know that Bruce Wayne/Batman captured one of those and studied it in Future State as seen below: 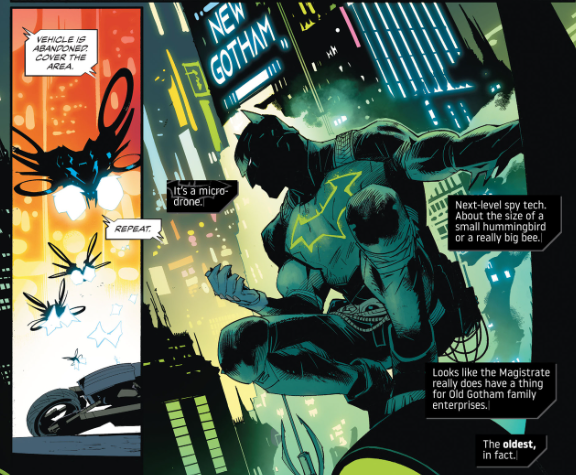 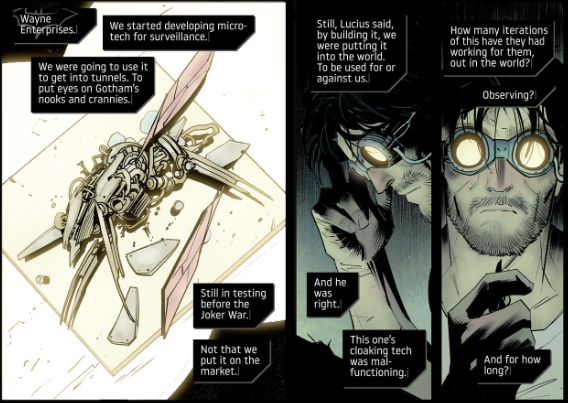 Choosing Option B could set up a nice tie-in/Easter egg to those drones if Dan Abnett and Pablo Collar decided to go that direction.

This is a drone that could only exist in a comic book or science fiction - no propellers! How does this fly? How would you steer it? If this were on Krypton or Thanagar, ok, but it’s not - it’s in Gotham and this is quite the futuristic look!

It’s got the same stealth look to the top of the body and “wings” that Option A has and looks like it has cameras on the sides in addition to the one in the front like Option B has.
The design is very unique - what are the cutouts on the front of the “wings” for? Why does the shell on the top look like a H and what is the functionality of that? I have many questions which makes me like this option because I want it to be in the book to get the answers!

What do you think? Which one do you like and why? Let me know below!

I feel like we’re a bit familiar with choices A&B. Yet choice C. stood out in its uniqueness,
and lack of propellers really interests me the more. So yeah great job