Bat Cowl holders…we are back with our TENTH vote on ‘Batman: The Legacy Cowl’ comic book that is coming to stores and online comic book shops later this year! This time around we are voting on the design of the Batarang for this book and by now you know the drill so let’s get right into the options! 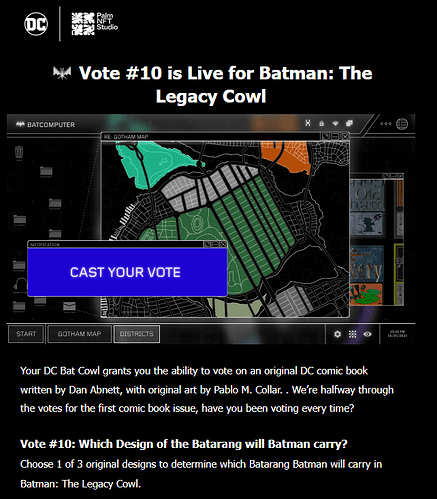 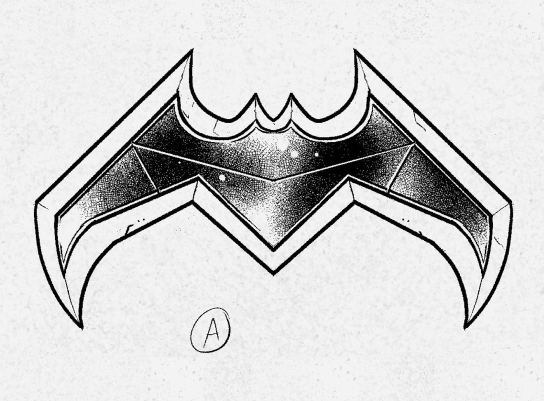 It’s already cool looking and menacing. I like the texture on there that resembles the skin of a bat. All edges appear razor sharp so this looks like a Batarang that would do damage or cut into something no matter which part of it made impact. The logo is unmistakable and iconic and I love the wing structure, the ears and the tips at the bottom of the wings. I don’t know how aerodynamic this would be due to the many angles on it.

This one looks like you took the blade of an axe and turned it into a Batarang. The long wings end at the top and bottom with a serious point that would dig into anything they came in contact with. It appears to have some holes in the middle, to either side of the ears, that may hurt its aerodynamics but it once again appears to have a texture that resembles the skin of a bat. There are four dots on the body of it that I can’t quite make sense of but they give it a different look that the first option. 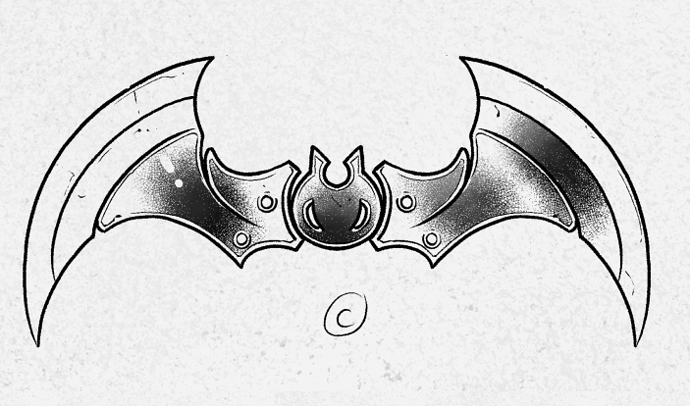 This one is very cool looking! It looks like it has some hinges that would allow it to be folded up for storage or hiding it and there appear to be four screws/hinges in there that might be a part of that. Like Option B the two wings look like you took them off an axe and the bat head in the center is very unique. It almost looks like a bomb with eyes and two wicks. The bat skin texture is once again there but unlike Option A, and Option B to a lesser extent, this one would need to have impact with the wings to do damage. The head and body of the bat don’t look particularly sharp. This feels like something Batman would make early in his life/career and feels more crude than the other two options. That said, this design is really cool and seeing that flying across the page would be a lot of fun.

What do you think? Which option do you like best and which would you vote for? Let me know in the comments below!