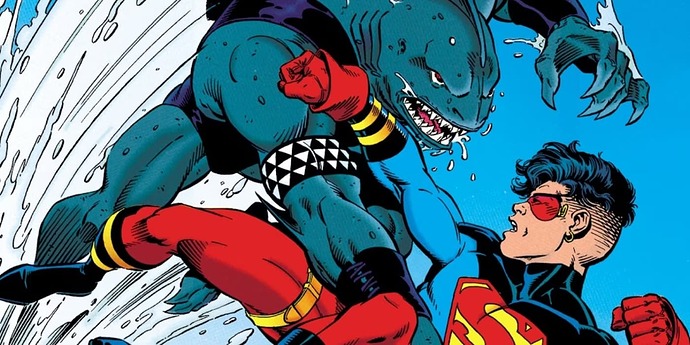 King Shark is a pretty well-known name, lately. He’s back in action in season 3 of Harley Quinn, while also having navigated the DCEU in last year’s The Suicide Squad and he’s made his way around the comics scene in the last year as well.

However…have you read his modern-ish origin and his first adventure with the Suicide Squad?

Grab some chum, a can of shark repellant Bat-Spray, your best leather jacket and settle in for the King’s first comic adventures as a Superboy foe and alongside the Suicide Squad: 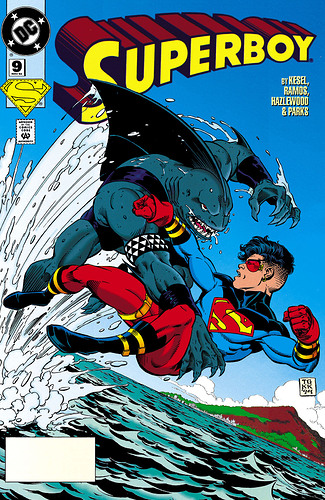 Superboy battles Aquaman's nemesis, King Shark, off the coast of Hawaii. Plus, learn the mysterious origin of this truly unique villain. 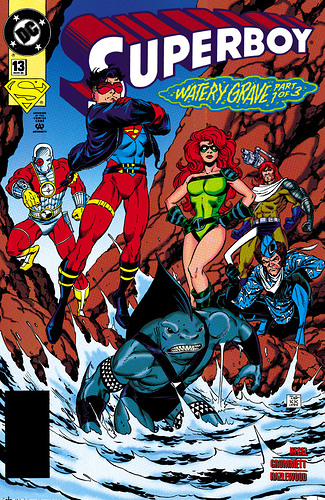 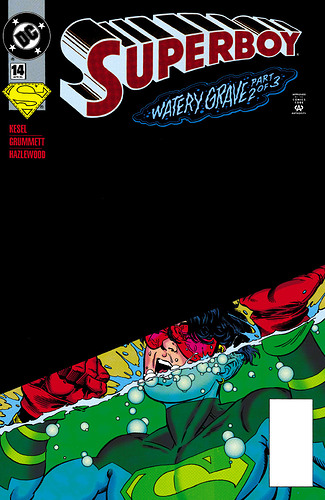 When Superboy and the Suicide Squad storm the secret headquarters of the criminal organization known as Dragon, they soon realize one of their own may be a... 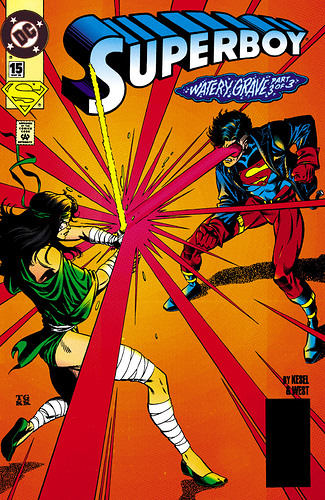 Superboy faces off against Lady Dragon for the future of mankind. Plus, when a member of the Suicide Squad betrays the team, he must answer to one of the...

Talk about whatever you like. Have you read these issues? Are you a King Shark fan? Bite and chew the discussion fat as you see fit,

Also! When you’re in the mood for even more King Shark, be sure to check out @Razzzcat and @Mae’s watch-alongs for Harley Quinn season 3 right here:

Hey there, everybody (and Cheryl)! You know what time it is.

The wait is over—we are headed back to Gotham (NOT that we technically ever left)! Let the splosions, anarchy & poetic use of expletives BEGIN!

Fly high and have fun, fans!

“Not too shabby.”, as Adam Sandler said on Saturday Night Live.