Keeping Up on Ta-Nehisi Coates Superman News? Be Sure To Read FINAL CRISIS #7!

If you’re like us, you’ll want to start brushing up on the stories that will most likely influence the upcoming Coates-penned Superman film. And there’s no better place to start than with FINAL CRISIS #7, the first appearance of Calvin Ellis, written by Grant Morrison with art by Doug Mahnke.

Calvin Ellis will also be appearing in INFINITE FRONTIER #0 this week, giving us TWO reasons to get to know this presidential Superman!

What other comics do you think will influence the upcoming Superman film? Let us know in the comments below! 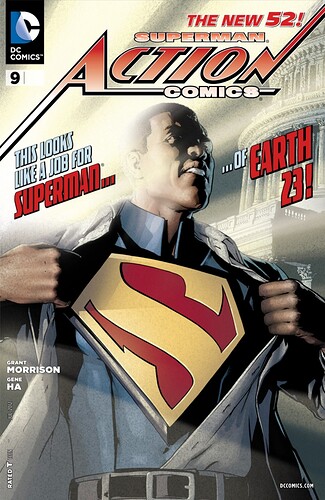 This issue, without question.

I believe you mean Final Crisis #7.

Sure did! The icing on the cake would have been coupling that with “Final Frontier”.