Kaci Walfall on the Rise of Naomi 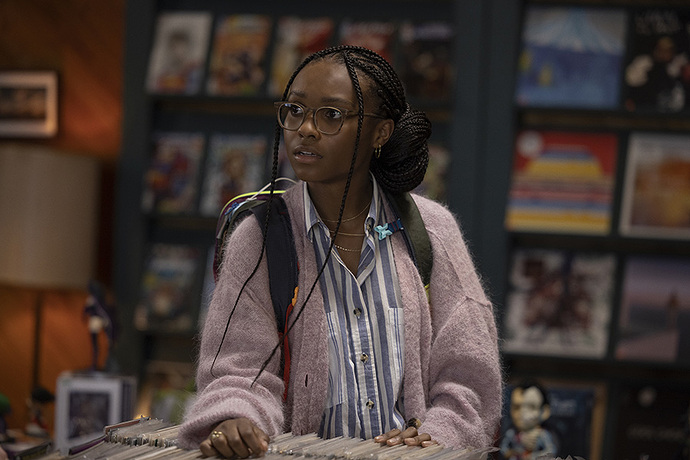 The new year is kicking off with the birth of a new primetime superhero. Naomi premieres on The CW tonight and even on the superhero-rich network, this show promises to stand out. Based on the critically acclaimed comic by Brian Michael Bendis, David Walker and Jamal Campbell, the primetime drama stars Kaci Walfall in the title role of Naomi McDuffie, a comic book-loving teenager with a remarkable destiny she’s only just now starting to understand.

“It’s so great to step into this role and to tell this story,” says the 17-year-old Walfall. “It’s just been a privilege to play this character. Stepping into this world allows representation in so many ways. It allows representation for people who look like Naomi, but it also allows for representation for so many people. She’s super into comics, she skateboards, she is super-confident, she knows all these languages, she’s in all these AP classes. I think there are so many different, great things that Naomi does that people can relate to. But they can also probably relate to how great of a moral compass she has.”

To see the full interview with Kaci, head over to DC Comics!

Are you excited for Naomi to premiere this evening? Let us know in the comments!