Pretty good film. Much better than the first Superman film released in this new DC animated universe. Loved The Flash and the take on Wonder Woman. I think they nailed Wonder Woman in this movie! Wasn’t sure who the “Advisor” was in the film, so if anyone can provide some insight into that, that would be awesome.

I will leave the spoilers to others…

Who is the boy who gave
‘Shakespeare’ the package?

There is an aside that seems to indicate that Themyscira was invaded and Diana was the only survivor. It seems like that was edited out, because Steve Trevor says, “Sorry Princess, I didn’t know.”

Black Canary was in love with Hawkman?

Given the situation, why would the Atlantis soldiers save the submarine and why did they continue fighting at the end?

Liked first half much better than second half; which didn’t make much sense.

Liked the emphasis on the five members and Barry

The depowered Flashes and the almost camoes of Fate, ‘Shakespeare’ and Aquaman, allow Diana, Hawkman and Black Canary to shine. If any of the first trio were heavily involved, they could take care of any situation easily.

Hourman’s limitation of one hour a day precludes him from most of the action. Also his costume is way too bright for a group that is supposed to be secret.

The scenes with the JSA kicking Nazi Butt are great.

It was… OK. I’m happy that the JSA finally got their own movie. But it wasn’t exactly what I was expecting. Some criticisms (I’ll spoiler everything):

Just saw it and it was awesome™

.
A great second movie for this new animated universe.

Of the gate didn’t expect Supes in this and Brainiac too. Pretty much established the connection which is nice.

Flash…er…I mean Future Boy- very great in this. Him and Jay sharing skills was fun. And learned his lesson at the end. Pretty cool for getting the JSA to inspire the flash to make the league.
A sweet ending with him and Iris.

in this. Her action and leadership was amazing. And her and Steve were done amazingly. And the Fight with AQM was great.

Jay-teaching Barry some tricks and about the SF was cool. Nice fight with the crab.

BC- she and Hawk being good friends was cool. Maybe developing something but as Hawk mentioned he was waiting for Shera. Her cry’s at the end were crazy. Just wow the solders and the shark ray. Very cool.

Hawk- pretty fun in this. Nice fights and just living life. His death was sad but a nice speech at the end. Plus he’ll be back. Wonder if he’ll reincarnate on Earth prime?

HM- good at the start. Pretty useless the rest but helped with the brains stuff so not completely useless.

Steve- great that he didn’t sit back. His love and proposals for WW for fun. An a tearful goodbye.

Shakespeare- a Supes reveal was a twist. And with a mustache. The irony​

. Saves at the end to join the JSA. Nice.

AQM- pretty great fight. The more regal version was cool. Wanted to help but mind control. And the retreat. Flash causing Amazons to fight Atlantians on every earth huh​

Fate-was a cool cameo. Sadly torcher and dead. Like the future predictions and that he was arguing with Nabu.

The Villain- from the cast list it says he’s Psycho Pirate with make sense with the powers and that he said he was a pirate. Pretty interesting take on him.

Overall the story was great. Like the set up to Earth 2 better than time travel. Sets up more possibilities in this connection I’ve universe than the last one. The action of as great the designs were cool. Also really liked the teams banter. Overall I give it a 9/10.

Can’t wait for more of this world to for with Bats.

I bought it on Tuesday off Itunes and I have to say…I more than got my money’s worth. I loved the old time opening credits. They had me just based on that! I was surprised to see it was part of the Man of Tomorrow continuity. For some reason, I thought the Barry in this movie was from the previous continuity and this would pick up immediately after Apokolips War… I am SO glad I was wrong!

I too was a little confused on who the villain was. On the plus side, if it was someone new then they were interesting. If it was like @NYJt3 says and it’s Psycho Pirate as the credits listed, then it’s still cool!

I don’t know why I thought this, but I thought the boy who had the Superman costume in prison was supposed to be a time displaced Kamandi. I think it’s because the Kamandi short was attached to this movie. It was probably just some random prisoner who Fate gave the costume to.

Speaking of that Kamandi Showcase short…WOW! That was REALLY good! I’m only vaguely familiar with the character but I loved it. It was even done in a Kirby style, complete with Kirby crackle. Cameron Monaghan gave a great performance for his third DC Character. I hope the other shorts are as good as this one was. 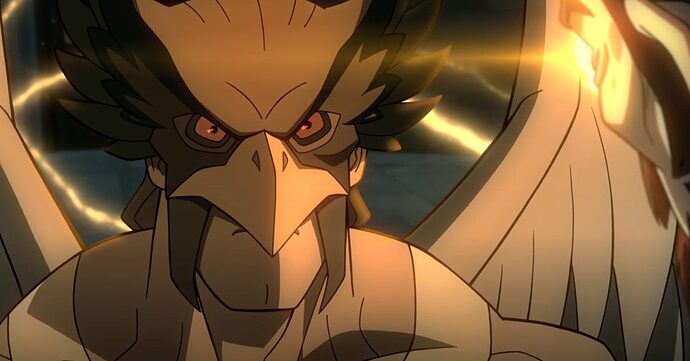 I will not see it until physical release. I predict my favorite character will be Hourman, and I really hope this ultimately leads to adaptations of Johns’s works.

I too thought Kamandi when I saw him in the prison cell. I just went with it for the few minutes he was in the film.

On a side note, I totally forgot about the Kamandi short that was released with it. Going to have to go and check that out.

So after watching the Kamandi short, I now have to have a sequel to it so we can see where this leads…

I bought from Google and didn’t get the Kamandi short

Why would the Nazi arrest him?

Kamandi 29 by Kirby involves the suit of Superman.

Has The Legion Of Superheroes Been Shunted Off Into Earth 2?

So this week saw the final issue of The Legion Of Superheroes. In an epilogue, it featured this panel, with Bouncing Boy talking to Triplicate Girl. 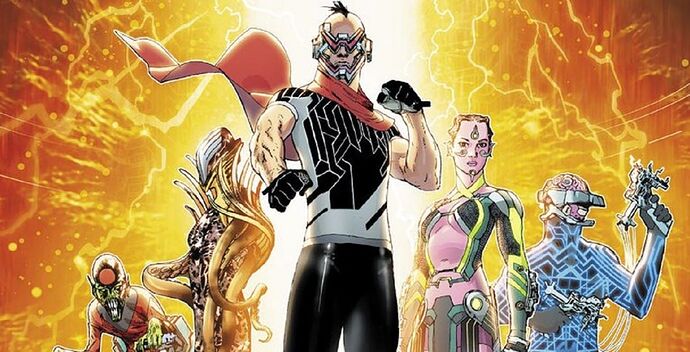 DC Comics history between Jack Kirby's Great Disaster and the birth of the Legion of Super-Heroes is just the start of Electric Warriors.

I thought that when I saw it too but wasn’t sure. Did not know about the short. Didn’t get that with mine

. But maybe it’s more teases for some big multiverse stuff

Did you get the digital version on iTunes?

best thing to do is sign-up for a movies anywhere account. That way when you buy it on one, you get it on all. Example by on Amazon, then you get it on iTunes, Vudu, Movies Anywhere etc…

A thumbs down review by Grace Randolph

But like me, wonders why Hourman is even in this movie. Also thinks second half with Aquaman really doesn’t work. 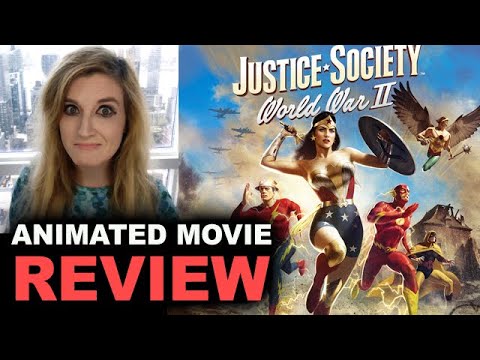 I enjoyed this movie. Unlike that last Batman movie, this moves the story of the universe forward while introducing the Justice Society to a broader audience.

I was on Letterboxd and saw someone say that they wish Batman was in this and I have been thinking about that idea. Personally, it wouldn’t work within the storyline. It was also cool to see 2 Flash’s teaming-up. Wonder Woman was the real star but I was way too happy to see Black Canary on the screen.

If this is the direction of the DCAU, I think things are gonna be alright!

I honestly did not know it was out in April and just got it. watching the special features. I did not like Black Canary 1 of World War Two, named Dinah Lance. Dinah Lance is not the golden age black canary gold age Black Canary. She should have been called Dinah Drake! she marries Lary Lance and becomes Dinha Drake Lance. However, other than that, I loved Black Canary mean. Come on. She single-handedly destroys a Kaiju.

I loved that superman did not have the best life as a kid for a change as he generally always has his life come up roses. I also liked that they stuck to the Gold age superman for earth two Superman, were was not as powerful as the Modern superman of Earth one. He was his classic original power level, could not fly, no heat vision. no, he was just faster than a speeding bullet, more powerful than a locomotive, and able to leap tall buildings with a single bound.

It was also fun to see him as his golden age incarnation and his modern incarnation of lookup in the sky, is it a bird, is it a plane, no it Superman, in the same film.

I just realized with the mustache, Superman looks a bit like one Alfred Pennyworth,

He does didn’t think of that