Justice League Zissou, or when a jaguar shark eats your sidekick....

…you pile in the mini sub and go looking for that shark.

This is sort of my take on what a Wes Anderson ‘Justice League’ movie would look like.

I tried to make Aquaman look bored, because you know, it’s something he could see whenever.

I drew this when ‘Omega Men’ was on its run, thus hid an Omega symbol on Kyle. 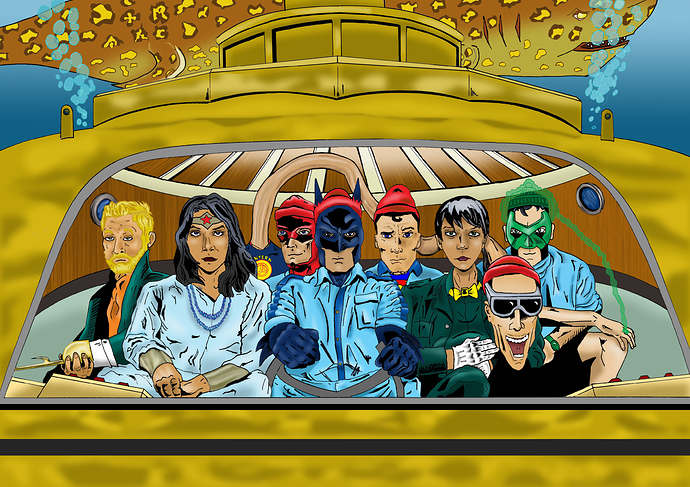 I would pay SO much money for a Wes Anderson directed Justice League.

Nifty and creative concept. I dig your art too.

As for Wes Anderson on a DC flick… 'Mazing Man, mayhaps?