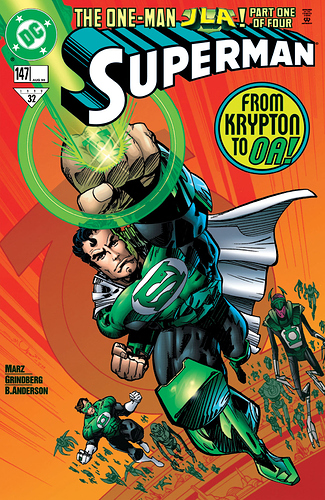 This week we’ll be jumping into the Triangle Era Superman books for a tale of when Superman became the Justice League of America all in one…or did he?

Here’s the latest and greatest in Justice League books on DC Universe this week! 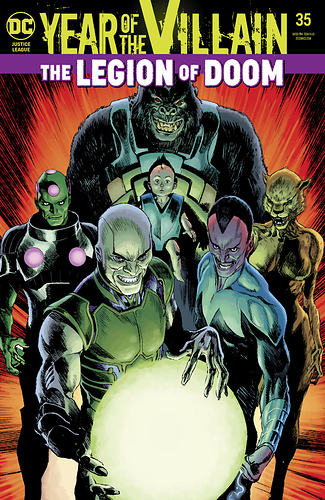 This issue: Lex Luthor wins! Everything Lex has been working for over the past year and a half comes to fruition as he finally possesses the fully powered Totality and plans to bend Hypertime to his will. The Legion of Doom’s leader will defeat the Justice League once and for all and make his final pitch to serve at Perpetua’s side-and the Multiverse will never be the same! 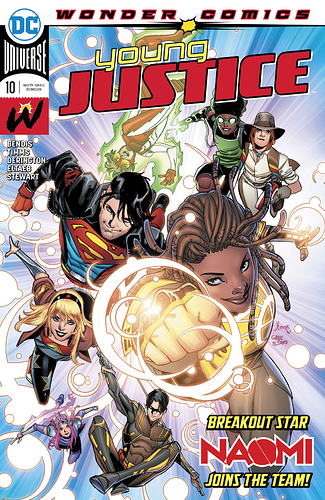 Welcome, Naomi! Wonder Comics’ brightest shining star comes to Young Justice! She’s ready to join this team of young heroes who have seen it all-and you’ll want to be here to watch the sparks fly for the very first time. All this, plus the true story of Jinny Hex.

While there are no new Justice League-branded comics out at comic stores this week, there are a couple brand new books that Justice League fans might find to be of interest: 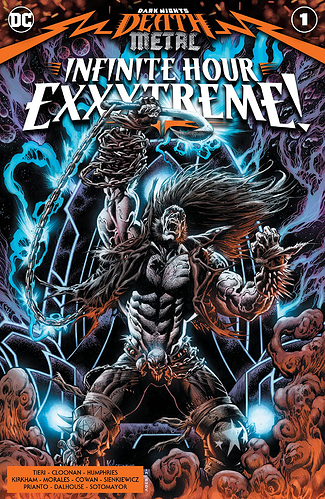 image1280×1969 2.05 MB
Pull up a chair, ya bastiches-it’s time for Uncle Lobo’s Infinite Hour! It’s your chance to let the Main Man Lobo-tomize you with familiar yet freaky stories of the DC Universe, exactly as he remembers them: with blood and guts and exxxtreme gratuitous violence! 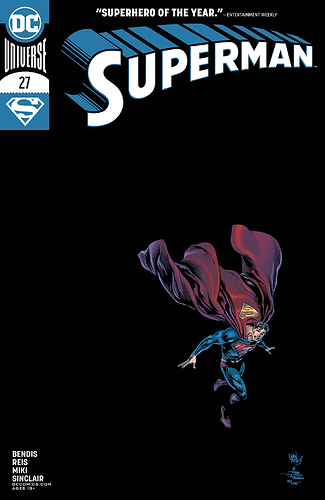 A cosmic-level threat has come to Metropolis! Synmar has traveled across the galaxy to unleash hell on Superman-and our hero must learn that this creature is so alien that he will have to reinvent how he’s going to fight! To that end, Superman goes to the source to learn where this new nemesis came from, only to find himself in a corner of the galaxy he’s never seen before, way off the map-and he may find the return journey even harder than getting there in the first place!
Featuring an appearance by the Justice League and a new foe unlike anything the Man of Steel has ever faced, this epic slugfest is brought to you by Brian Michael Bendis with art by Ivan Reis and Danny Miki!

Whether its New to DCU™ or Brand New for You™, there’s something new for everyone this week!

Just started 147 and am loving it. I’ll be back later once I’ve read all of them to give my full thoughts.

Nice selection! The idea of Clark getting the abilities of his teammates, in addition to his already formidable power set, sounds intriguing.

Will be reading all four issues then checking in soon.

Thanks for the invite, Vroomy!

You are most welcome, and thank you for the join. I look forward to your thoughts fellow Superman nerd.

Feels like a flashback to the old Superman Book Club!

Two great tastes (Superman and the Justice League) that go together, right?

Interesting reading! These books from the triangle era are from after I stopped reading comics, so I have never read The One-Man JLA before. I liked the Green Lantern version the best. Nothing is better than classic Superman though!

Tempted Again by Club I do not belong to decisions decisions

“Give in to your feelings.”

@scoop001 Agreed on nothing beating the good 'ol classic Superman. I enjoyed the GL and Thanagarian renditions of him quite a bit.

If you should want more Triangle Era Superman from this time, check out the Triangle Era volume 3 collection in Storylines. It’s packed with super stories!

Now who is this mysterious dude that kidnapped Kal? Guess I’m about to find out soon enough. Thanagar, here I come!

Ok just finished the thing. Great little nugget; I loved it. Cogito: What a roundabout backwards way to ask for someone’s help

! Always nice to see the league extend their help out to Supes… and the little bit at the end about friends crossing the galaxy for you… precious moment

To answer the discussion questions:

My only criticism is how short it was. The story needed a little room to breath, especially given the cosmic nature of it. 2 more issues would have benefited it immensely, imo.

Funny how the nature vs. nurture theme tends to show up quite a bit in Superman stories.

Definitely, nature vs nurture, as well as law and order vs truth and justice. Authoritarian Superman is terrifying. Bless Pa and Ma Kent.

I was planning on just reading one maybe two, with my morning coffee; but ended up tearing through the set. Super fun.
Kyle wants to be a swashbuckling pirate. who knew?
I always like visiting Rann. Alanna and Strange are one of my favorite couples.

It’s also a great reminder to never assume the worst of someone without all the info. You got me there, Cogito.

Wonderful! Thank you for checking out the books and joining in on the fun.

As I am reading the first issue, I’m getting a strange Deja Vu feeling… then I realize it’s because the plot line of this particular series is very super similar to the one in an Action Comics early 60s story
https://www.dcuniverse.com/comics/book/-/b5d04153-45ce-4927-a15d 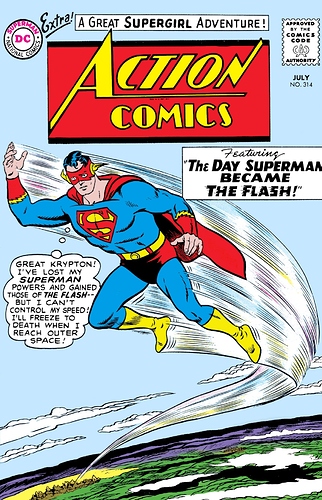 …where the Justice League finds a tape that Jor-el made that dropped out of the rocket before the Kent’s found Superman, and they make him sit down and view it. 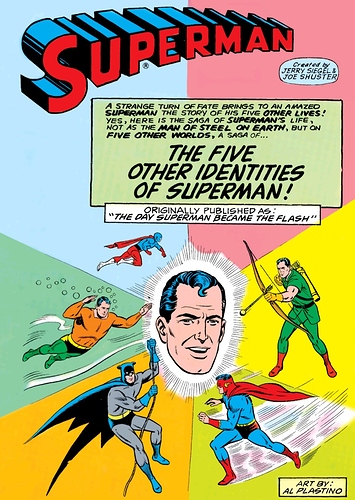 When in Metropolis, be sure to dine at Plastino’s. Try the steak!

Oh, no! Superman is trapped in a series of Elseworlds comics! Can the JLA save him in time?