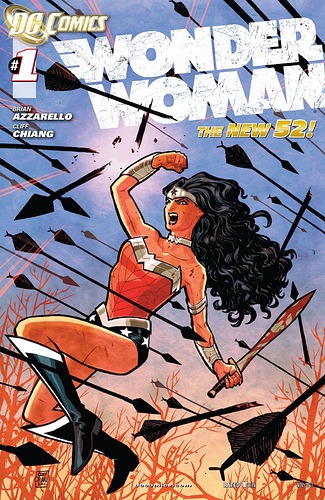 , @JusticeLeagueBookClub (paging @Angel212 and @SteveTrevor2.0 as well, in the event either of you are into this book, and I think you might be.

We’ve seen Superman and Batman’s solo New 52 adventures get the spotlight in the club scene over the last month. Now, it’s time for the Trinity to be complete as the Amazing Amazon herself takes the stage…give it up for

Myths, monsters, and more! When it comes to Justice League stalwart Wonder Woman and her solo adventures in The New 52, there’s all kinds of wild and wonderful stuff to start your Halloween season with!

Join us now as we look into the fantastic frights and amazing adventures found within the initial issues of Diana’s solo New 52 series!

That’s the adventure for this week! Ring in the Halloween season, and the beginning of Wonder Woman Month, as you enjoy the monsters, frights and sights galore of these colossally entertaining tales while Wonder Woman’s solo New 52 series turns the big 1-0!

My major problem with the series

What the amazons did
Resulting in murder and slavery

Wonder Woman Comics and the Violation of the Amazons

There have been a million words dedicated to the failures and successes of Wonder Woman as a female comic book icon over the years. She has been lauded equally as an example of male objectification…

I enjoyed Rucka’s work on the Rebirth volume of Wonder Woman, but the New 52 series is still my favorite ongoing of Diana’s.

Even with its changes (be they good or bad) to her and her respective lore, I found it to be a fantastically entertaining shaking-up of Diana’s world for a new era.

Plus, I love her New 52 outfit. The silver tiara and accents on the chest armor, the blue and white boots, it was all a nifty update that still maintained the classic sensibilities of her traditional look.

Older and wiser, most definitely. In Justice League, you get the vibe that this is a young woman who has been trapped in this place where she felt coddled and constrained, and now she gets to experience new things and fight and be a glorious hero. Now after five years, while there’s still some of that vigor, she seems more mature and sure of herself.

It’s definitely a different approach since most WW titles have been about Diana’s grander mission of spreading peace to Man’s World. I think it definitely works – you can see Diana’s influence on not just the human that Diana has chosen to protect, but the gods that are in Diana’s sphere of influence.

Strife was great in these issues – like in the scenes with her and Diana in the club, you can’t tell if Eris was being genuine in wanting to be closer to her sister, or if she just wanted to stir up crap. Or she just so embodies the concept of strife that she can’t help it no matter how genuine she might be.

I also have to say I LOVED pretty much all the redesigns for the Greek Gods. I love how they were willing to go more abstract and creative with these characters instead of just putting them in togas or did some half-assed modernizations like just throwing leather jackets on everyone (looking at you, Greg). I especially loved the reinterpretation of Poseidon and Hades.

Ares was also a really inventive design, but also kind of funny in that Azzarello actually had the artists model War after him, “just add a lot of blood to the pantlegs.”

Really enjoyed Chiang’s art in this book – he’s adept at making Diana both beautiful and badass, and his designs for the gods were so cool and inventive. Akins was also a solid rotating artist.

Tony Akins, the regular fill in artist for the first 19 issues of Wonder Woman in the New 52, chats with us about his time drawing Diana, Ares, and more.

It’s a very cool, interesting run for Wonder Woman. While I can’t say that every change to the mythos helped (I think what they did with how Amazons…reproduced was just too beyond the pale for people), I think there was so much to love about it. Without getting too spoilery about what happens later, it’s basically a great, complicated action/political drama featuring a lot of fascinating and complicated women. I know I need to read some more varied runs of the character, but right now, I would put Azzarello’s run just below George Perez’s as one of the best the character has ever had.

After finishing that Superman tpb for Modern Superman Club I decided to dig out the New 52 Wonder Woman book from my shelf. My main reasoning in selecting this book is that is October and New 52 WW has horror vibes along with the super hero vibes. I mean, Hades head is a burning candle?!?! Anyway, I had a lot of fun with this story. I like Zola and am wondering how she will fit in the grand scheme of things. Sure, she is the expectant mother of Zeus’ child but will she become a bigger character down the road?

Edit:
I read through both volumes 2 and 3 of New 52 WW. I must say that I am really enjoying this series. I was looking ahead at volumes 4 and 5 and noticed that neither had 23.1 or 23.2 so I will be reading those on DCUI.

I mentioned this earlier, but this really does not feel like a superhero book. Sure, there are super-heroic things happening but it feels more like a journey. I also think this was the perfect title to introduce the new gods. One thing that did strike me was the inclusion of the new gods mixing it up with the old gods has a Neil Gaiman American Gods vibe to it.

My main reasoning in selecting this book is that is October and New 52 WW has horror vibes along with the super hero vibes.

You literally just dug a thought nugget from my mental sponge/brain, my good man.

Along with kicking off Wonder Woman Month and continuing the New 52 10th anniversary goings-on, I chose the series because it does have a nice horror-ish/supernatural vibe at times, so I thought “What the hell?” and slotted it in to kick Halloween off by.

Speaking of Wonder Woman in the JLBC, I’d really like to find a spot for The Odyssey, before the year is out. November is booked up at this point (teaser: there will be some wonderful women featured, FYI; @CassTheStreet you might enjoy one week in particular

), so maybe December? An epic story to conclude Diana’s epic 80th on would be nifty.

If you should want the Villain’s Month issues in a collected edition, they can all be found in this omnibus: 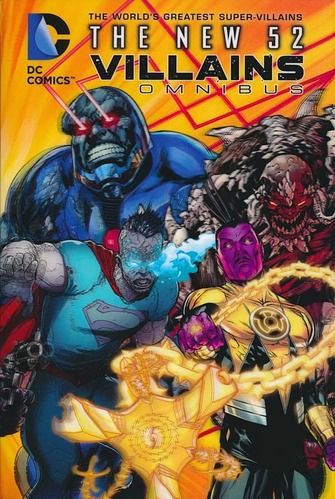 Like the print editions of the VM issues, this book has a lenticular cover, which is pretty schway.

I mentioned this earlier, but this really does not feel like a superhero book. Sure, there are super-heroic things happening but it feels more like a journey.

That’s one reason why Di’s New 52 series is my fav WW ongoing. Sure, the superhero trappings are there, but as you said, it’s a journey of myth, too. As an ardent mythology nerd, that appealed to me from #1 onward.

Thanks for poppin’ in, and feel free to jot down your thoughts on the series as you progress through it.

I am the proud owner of both hardcovers. Needless to say, I really enjoyed that story. It is about time for a re-read as I am struggling to remember a lot from it, even though I read it last year. Ah, the problem of having not a great memory mixed with reading way too many comics.

When I owned The Odyssey in print, I had the singles, some variants and the two softcovers (which I never really planned on buying initially, they were just an impulse buy at my then-regular comic store during a really groovy sale). Its my favorite modern WW story, so I went whole hog on it, Hush-style.

Speaking of The Odyssey, I can’t wait for this to come out: 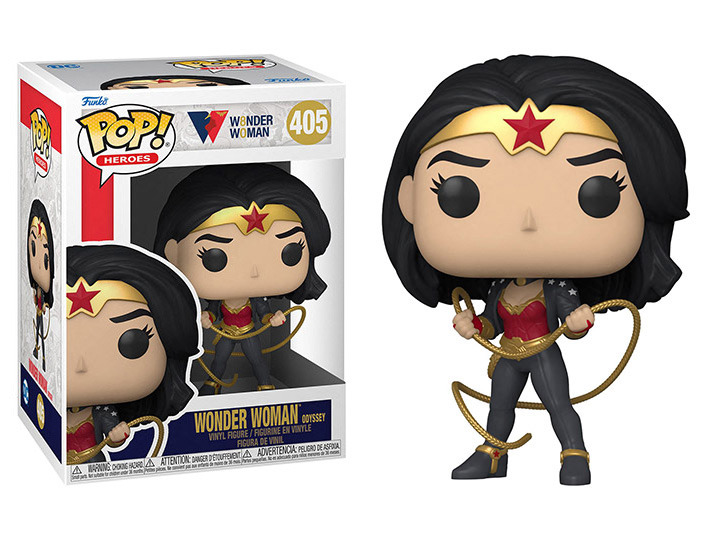 I have read all 9 TPBs of the New 52 series. Azzarello and Chiang’s story was amazing and honestly, they could have ended the series there with a satisfactory ending. Then came the Finch’s and while the art was amazing, that first story arc just felt out of place. It felt more like a Justice League book than a Wonder Woman book. I can imagine this change in direction received a lot of negative criticism at the time of release. Thankfully, things got back on track after that first arc. Sure, there was references to Cyborg or Superman but they weren’t a part of the story. By the end I was happy to have stuck with it. The turmoil of Olympus at Diana’s feet along with her own insecurities was a nice ending.

The best way I can describe this series is to compare it to the Wonder Woman tv series. I love the first season that took place in WW2, the following seasons while they were good had a different vibe as it took place in the 70s or modern time.