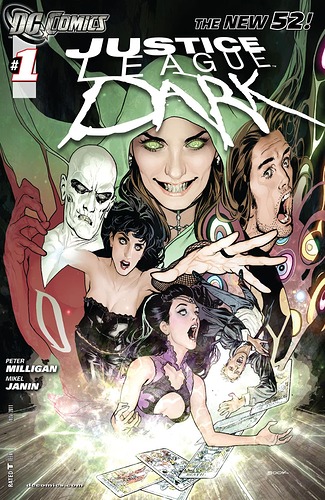 “There are things that go bump in the night, and we are the ones who bump back.”

As we segue into the cooler time of year where the leaves are falling and we start to rub our mitts together on how to plan for another joyous Halloween season while also enjoying a hearty cup of apple cider, we’ll be concluding our 10th anniversary celebration of the inaugural Justice League titles of The New 52 by looking at Justice League Dark!

Read on for all of the spooky, kooky and altogether ooky (snap your fingers, Addams Family-style, now!

That’s our mission, League! Get good and Spooky and enjoy!

Next week: Things get Wild! 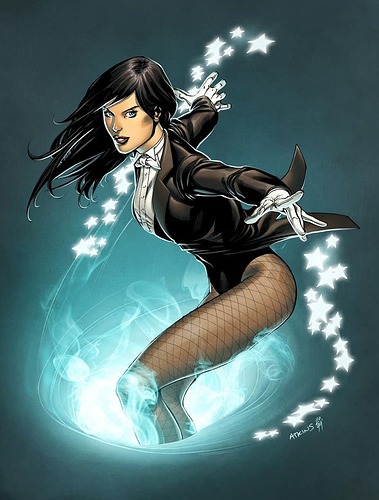 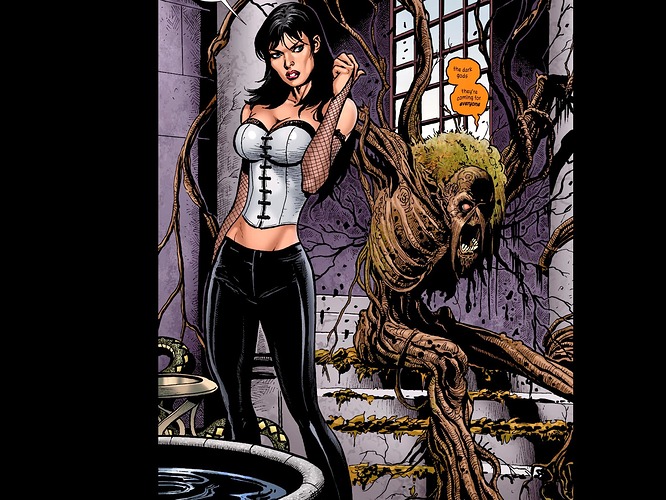 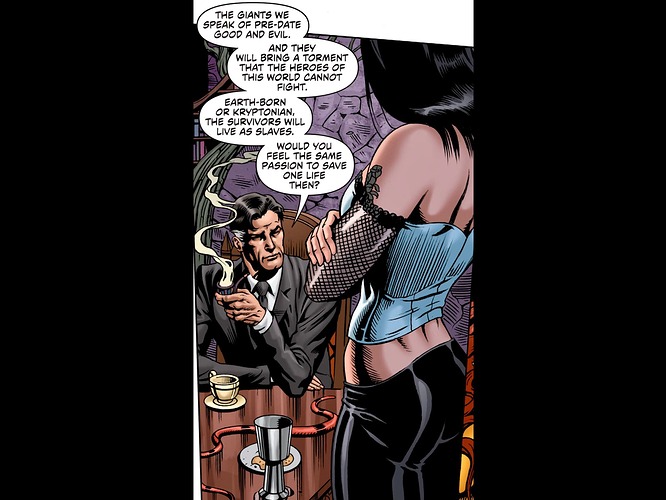 I don’t see how either could be unliked?

Fishnets and leather pants are both kick-ass looks for Zee…

…so I agree with you, whole-heartedly.

I have a feeling that the folks over at @HouseofHorror might be interested in this week’s selection!

In my eyes, Justice League Dark is the book that shouldn’t work but oddly works in all of the best ways. Considering this concept has been tried with the short-lived and oft-forgotten Shadowpact, we aren’t seeing anything exactly groundbreaking. Unlike Shadowpact, we get more than the b-squad throughout series history, running through multiple volumes and as a back-up in current Justice League comics.

I will be back after I give these another read. First, I will say I am a fan of most of the classic looks for superheroes. The question resides on what I consider classic. (yellow bat on the bat suit is an example of what I consider classic) So with that said, I am a fan of the fishnet. Then again, I feel the same way for Black Canary. However, the leather pants are fine as well.

I had a feeling those fine folks would find their way over here.

…and I bet you’ll want to rent a room in the joint, based on what’s coming up next month.

So I guess watching the JLD animated movie earlier (technically yesterday for me but that’s closing shifts for ya), and immediately after and during breaks/lunch I finished the whole first arc!

Honestly, it’s one of those things where you look at it for the first time and think “Why the heck wasn’t this a thing before?” I mean, yes, you had stuff like Shadowpact as a supernatural team, but I think adding the “Justice League” label to it not only helps sell the scale, but frankly, it makes it an easier sell for new readers and the hardcore JL fans who collect anything under that title.

Certainly – like I said, there can be a certain scale to magical events in the DCU that I think are parallel to the kind of massive alien or multiversal or whatever threats the regular Justice League handles.

I guess the only thing that this team has that doesn’t mesh as well unlike most regular Justice League teams is that this team, at least by the end of this arc, just barely gets along with each other. Like it makes for great reading, but it makes you wonder just how the hell they’re actually going to get anything done.

Zatanna, without a doubt in my mind. She can be fun and over the top and action with her powers, but she also has a lot of great pathos that we briefly get to see even here.

Really, the only characters I’m not really into here are Shade the Changing Man and Mindwarp. Shade was odd, like I got his deal to a certain extent, but I didn’t understand why he was doing the things he was doing and he just slowed things down. Similarly with Mindwarp, I literally just have no idea not only what exactly he can do, but why I should care.

Seriously, it’s hard to top the iconic and classic stage outfit, but the different outfits that Zee wears during this arc are all really stylish and fitting, if not a little lacking in personalizing flourish.

I don’t think I can really plunge into my darkest thoughts, but I will say this:

I think this first arc is a good pitch, an expression of what the book could be, but I feel like it doesn’t work in certain ways. Like the plot of these issues are kind of a mess. Literally, I do not understand what Xanadu did to June and why. Is she trying to stop this armageddon or not? Why these people? It just feels like Milligan needed another go at editing his plot or two before sending it to the artist.

Speaking of which – this was my first exposure to the work of Mikal Janin, and what an intro! While this book definitely feels darker and fuzzier, you can definitely see the blueprint of what he would eventually bring in books like Grayson and Batman.