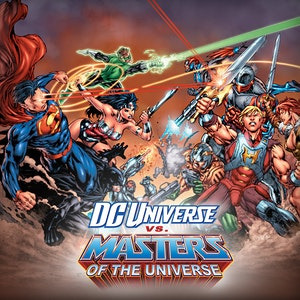 By the power of Grayskull! Welcome to a new week of action and adventure in the mighty Justice League manner! Unsheath your Power Sword and get ready to enjoy this week’s reads that are worthy of the DC Universe, Eternia and beyond!

Whether you side with the World’s Greatest Super Heroes™, or those who fight for Eternia, have fun and enjoy this titanic tussle between two of entertainment’s greatest galleries of colossally cool characters!

Are you Team DC or Team MOTU?

Masters of the Universe!!! Team DC ain’t shabby though!

Prior to this week’s reads, have you had any prior exposure to the MOTU franchise?

I have read almost everything in the MOTU universe on DCUI and am really excited for the Kevin Smith book released by Dark Horse. I am also really excited about the new series. She-Ra is a frakking gem of a cartoon and I can’t wait to see what they do with He-Man!

I should also mention that I own every season of both He-Man and She-Ra on Vudu and it is not Christmas until I watch the MOTU Christmas special.

The real question we need to be asking ourselves is “whats’ going on?” 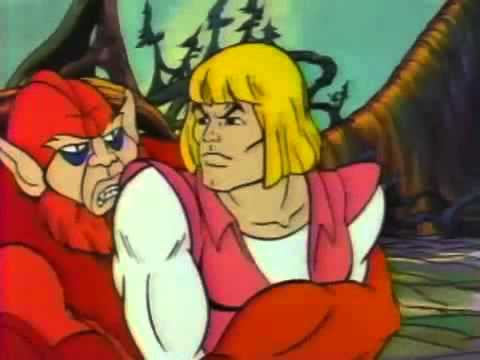 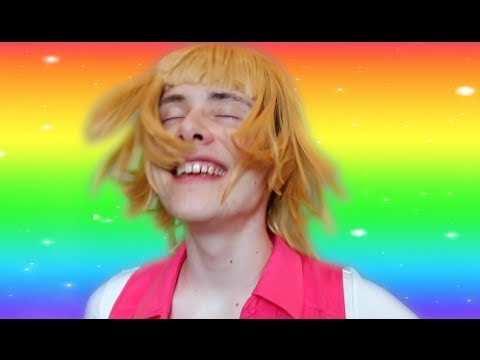 I was so tempted to post the “What’s goin’ on?” video, but I hoped one of my enterprising members would do so. I can’t have all the fun, afterall. 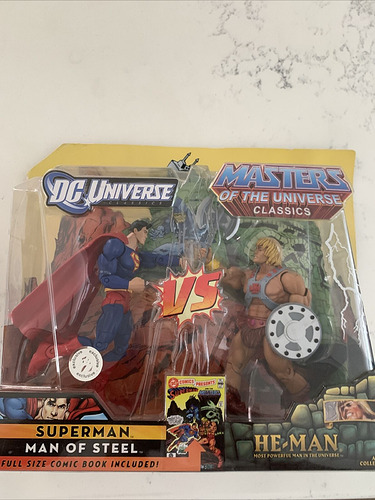 I’m late to the party on this, but here are the latest and greatest comics from the Justice League! 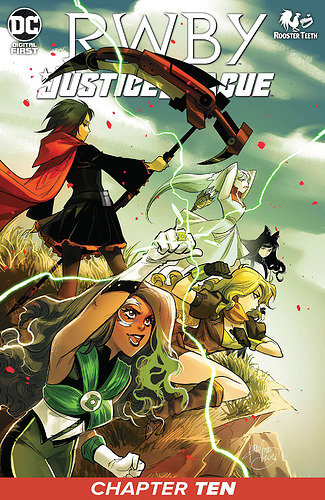 Finding refuge in Arthur’s home of Atlantis, the team formulates a plan of attack against the beast from beyond the stars and bask in one last night before the battle before them. 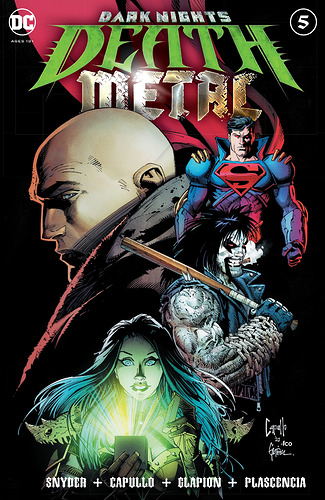 The Darkest Knight has won. With absolute power at the villain’s fingertips, Wonder Woman and the rest of the DC heroes are nothing to him. As the Darkest Knight turns his sights to his true goal, remaking the Multiverse in his image, can Earth’s heroes rally together to make a last stand? 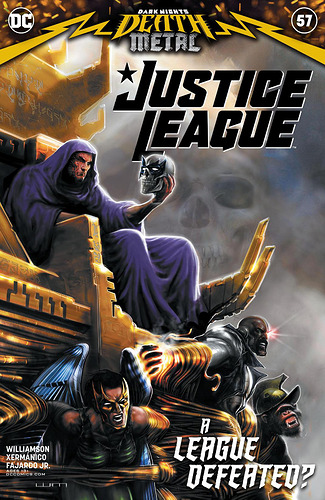 “Doom Metal” part five of five! The Legion of Doom has been freed-and now they’re turning on their saviors-the Justice League! Teeth will gnash, knuckles will be bared, and Lex Luthor will make a decision that shocks everyone, including Batman, Superman, and Wonder Woman. The ending of this epic story leads directly into Dark Nights: Death Metal #5!

Whether brand-new to retail, or brand-new to DCUI, there’s always a great Justice League comic to be read! Check 'em out, and enjoy!

Very interesting diving into the Masters of the Universe world and all the events that took place in the reading.

Are you Team DC or Team MOTU?

I would have to say Team DC.

Although… If Team DC is mind controlled by Skeletor… Then definitely Team MOTU!

Prior to this week’s reads, have you had any prior exposure to the MOTU franchise?

I had heard of He-Man before… Not quite sure where exactly. Maybe from a TV show, or possibly talk in other threads about He-Man comics being added.

Your general thoughts on this week’s selection.

Yes, much to say about it all and the fun that ensued on this adventure.

The bonus reading was also a lot of fun going through as well!

If you enjoyed DCU vs MOTU, I highly suggest the rest of MOTU that is available on DCUI. They get into a Multiverse thing, more on Orko and so many other great stories. I should also note that this story actually matters in the greater scheme of the MOTU storyline and it is cool to see how they get to this point.

Yeah I saw there was a note in the last book in the run (if I’m remembering correctly) that said something about seeing what else happens to the Masters of the Universe.

Will have to check it out then. Thank you.

One of my favorite scenes in this book: 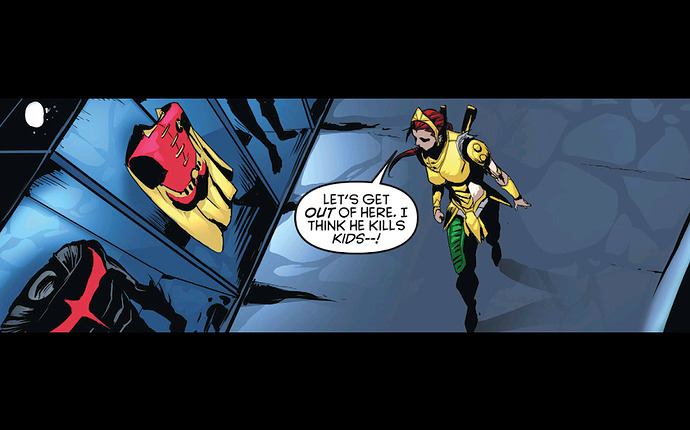 I had heard of He-Man before… Not quite sure where exactly. Maybe from a TV show, or possibly talk in other threads about He-Man comics being added.

Well, I’m no MOTU nerd, but I do know that He-Man has starred in three TV series, with those being:

If you’re interested, Netflix will have two new MOTU series soon. One for kids, and one for us big kids, with that one being helmed by Kevin Smith and entitled “Masters of the Universe: Revelation”, which is a sequel to the original series from the '80s.

As for your selections, I liked your Teela screengrab the best. She is indeed very nice.

Also, while I enjoy MOTU to a decent extent, it should absolutely go without saying that I am wholeheartedly Team

tugs on his Superman shirt with pride

Thanks as always for tuning in, @ajm08g .

I highly suggest the rest of MOTU that is available on DCUI.

DC’s MOTU comics are quite good, yet very underrated. I’ll admit that after my re-read of DCU vs. MOTU that I was sorely tempted to re-read the other MOTU titles, but I resisted. 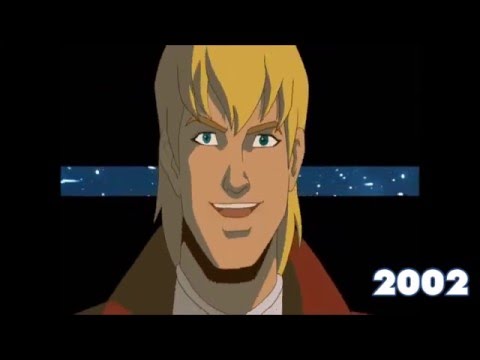 From these, I think maybe I watched re-runs of the original show at some point as I do not recall seeing the later runs.

If you’re interested, Netflix will have two new MOTU series soon. One for kids, and one for us big kids, with that one being helmed by Kevin Smith and entitled “Masters of the Universe: Revelation”, which is a sequel to the original series from the '80s.

Thanks as always for tuning in, @ajm08g .

Always a pleasure to do so!

Regarding show intros, I’d say my favorite is probably that of the original series.

More than nostalgia, it’s just a powerful intro. From the deep-voiced utterance of “He-Man” in the beginning to the brief intros of He-Man’s allies and the overall music (along with Skeletor’s weasely laugh at the end) it’s a catchy piece.

The New Adventures series is on Peacock, and I’ve slowly been watching it. It’s…okay, but definitely is lackluster when compared to the OG and 2000X series. 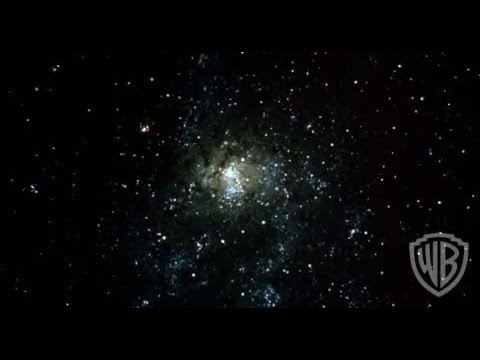 And why is the principal not calling everyone slackers?