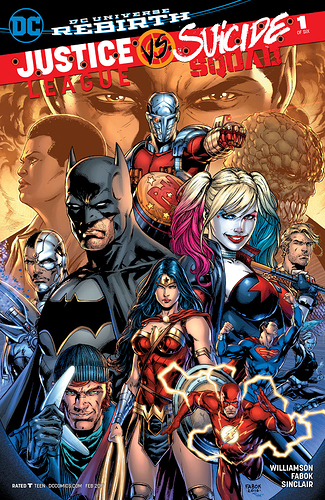 After an extended Week 1 debut, our adventures begin anew with the first event of DC Universe Rebirth: Justice League vs Suicide Squad! This week’s selection was chosen by @TheKateKane, so please do thank her for our quality read. On with the show!

Optional reads (Tie-ins to the above; not vital to read but fun if you want to. The following is their publication order):

Discussion Questions (Provided by @TheKateKane as well. Seriously, give it up for her, everyone! She’s awesome!

That’s our mission, League. We start today and run until next Monday, the 26th (although, as always, you’re welcome to comment whenever you’ve the time to do so). If you enjoyed this week’s read, you’ll love next week!

Once more, please give it up for @TheKateKane and her hand in this week’s selection and Discussion Questions. She’s a co-runner of the ship this week, so don’t hesitate in reaching out to her with comments and the like.

Courtesy of the very courteous @AkBandit come these great JL vs SS variants! Whether you’re Team League or Team Squad, I’m sure you’ll dig them:

Once more, a very hearty thank you to @AkBandit for his assistance with these variant covers.

i absolutely loved the series, and i hope everyone else enjoys it as well!

these are so cool!! thanks @AkBandit!!

I’m Team League. They have fun co-workers and their heads won’t 'splode if they fail a mission. Sure, the world might go to Hell and be overrun by supervilians or some such if they did fail, but at least their heads will be intact.

the bomb thing is a fair point, but one i think i can avoid! and i’m talkin fun coworkers

Well yeah, Harley’s a hoot, sure, but Green Lanterns know how to throw a kegger that will be known from Earth to Takron Galtos and beyond.

Why not combine the two? Harley Quinn hanging out at Warriors Bar would be the ultimate party – the bar might not be standing by sunlight, but it will be remembered for eons.

This is my first time reading this series. I thought it was great, including the artwork. Like @Vroom said, I would be team Justice League. No bombs in my head, please. I liked both teams and how they worked. I loved Killer Frost’s redemption. It was interesting to see 2 Lanterns on the League instead of just one. This was my first time reading anything with Simon Baz or Jessica Cruz. All in all, a very enjoyable read.

Oh, and if you guys want to read the main story and tie-ins in chronological order, here it is:

This was my first time reading anything with Simon Baz or Jessica Cruz. All in all, a very enjoyable read.

A. I’m glad you enjoyed it.

B. Really, first time with Jess and Simon, eh? If you want more of them, check out Green Lanterns and the 2016-2018 volume of Justice League.

their heads won’t 'splode if they fail a mission

okay, time for question 3! so, i loved the story through and through. if i’m honest, i was a little disappointed that it wasn’t a true full out battle between the Justice League and the Suicide Squad. but after i took a moment of reeling from that turn of events, i really enjoyed the team up between the two, and thought it was super well done! 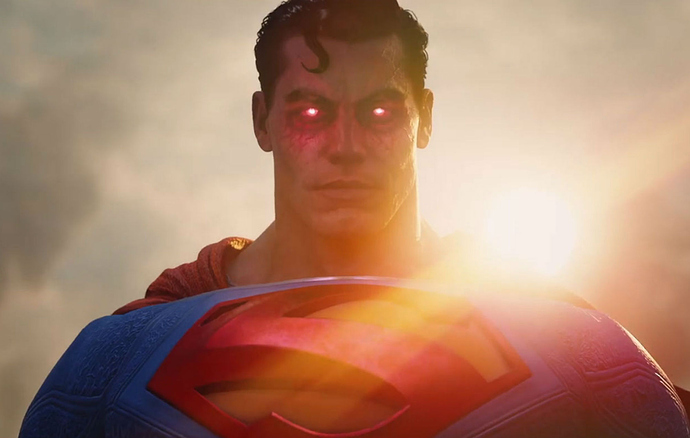 @TheKateKane When the League and Squad did rumble, did you think Harley had a chance at taking down Wonder Woman with her bat? I love both characters dearly, but when I saw that in the issue (and the promotional poster) I thought “Oh, Harley. You and your bat are no match for an Amazonian badass.”.

i think it made sense though given their preexisting relationship that was made apparent. it only lasted as long as it did because Diana didn’t want to hurt Harley. and i think it’s fitting that Harley ended up taking herself out

To paraphrase Family Guy: “Who else but Harley?”

It’s Tuesday so that means two (as Two-Face said in Batman Forever: “Two!”) things of importance:

Here are the Justice League books hitting DCU this week: 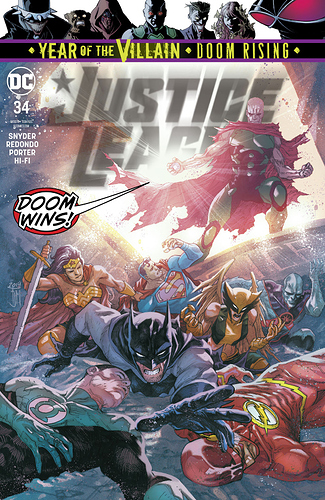 Justice League #34: “The Justice Doom War” part five! All Hypertime is breaking! If it blows, all of reality will follow after-which would be just fine for Lex Luthor, who is ready to prove to the evil goddess Perpetua that he’s the bad man for her. The Justice League is attempting to do what they can, chasing the Legion of Doom across the time-sphere. If the Totality is put back together, the whole Multiverse will tip toward Doom…and have consequences that reverberate throughout the DC Universe-assuming it’s not destroyed in the process. 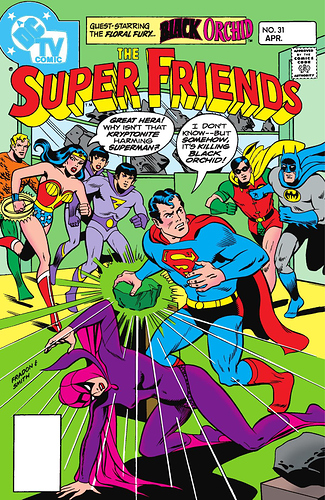 Super Friends #31: “How to Trap an Orchid.” Lisa Patrick uses Kryptonite as bait to capture the Black Orchid. 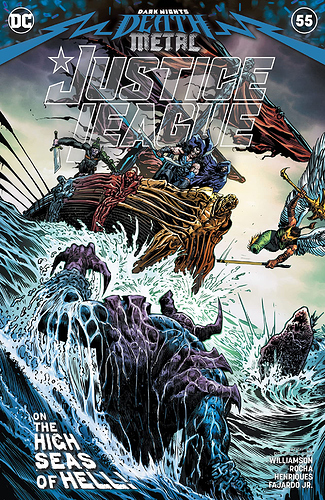 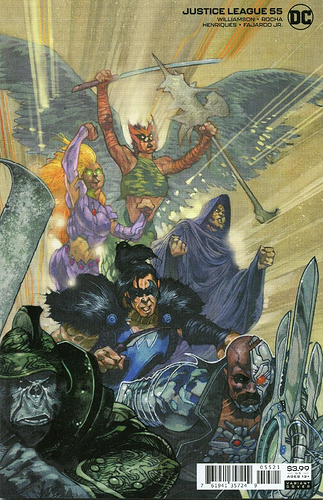 The motley crew of “Doom Metal” sets sail for the cliffs of insanity, captained by Nightwing-or so he thinks! The team fractures, and Detective Chimp reveals the horrible secret wish in his heart. And speaking of hearts, Hawkgirl will stop at nothing to find Martian Manhunter, even if she jeopardizes the League’s mission and their souls. Part three of this five-issue tie-in to Dark Nights: Death Metal features the debut of a villain so huge he dwarfs all hope. Enter the Omega Knight.

Whether it’s on DCU or at your source for new comics, there’s a new Justice League book for you this week!

Sometimes Harley’s worst enemy is herself.