where do we discuss?

This is the thread to discuss Injustice in

I think I’ll start by reading the last couple of issues of the current Injustice Prelude Year Zero.

Done, now back to the show…Injustice: God’s Among Us!

@Jurisdiction Like our wise pal @Don-El said, this is yon thread for ye discussion o’ the gods sluggin’ the potatoes out of each other.

That goes for every discussion in the JLBC also, as each thread equals home base for each week’s discussion.

Well then, can I just start talking whenever @Vroom ?

Absolutely! Once each week’s thread goes up, you are welcome to chime in at any time and talk to your heart’s content about the week’s chosen read, new Justice League comics (new DC comics in general, really) and the like.

I’ve even been known to let non-book club discussions happen within our chosen topic of each week. Once or twice.

okay. so I have played both Injustice games and read all the Injustice comics, but since this is strictly Gods Among Us, I’ll focus on that. I think that for the first part of Year 1 in Gods Among Us, Superman’s actions were justified. I think once he started fighting Batman and other heroes who tried to stop him, that’s when his actions became unjustifiable in my opinion. I’ve read all 5 years, but my favorite is Year 5. I thought Batwoman’s sacrifice was really well done, and I loved the battles and bottled up conflict between the Regime and the Insurgency. Also, I loved how we could see how all the characters have been affected by the destruction of Metropolis, and the formation of the Regime.

For the weekend, here are eBay photos of the Injustice: Gods Among Us figures from Mattel’s DC Comics Unlimited line: 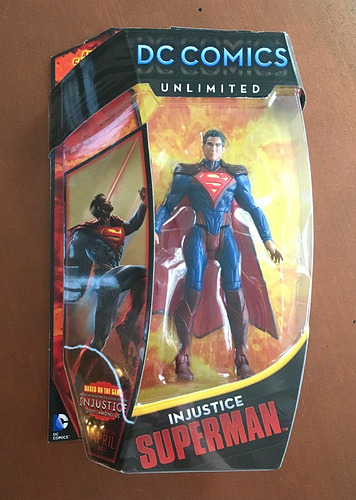 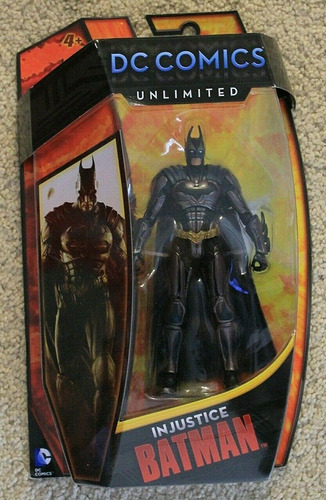 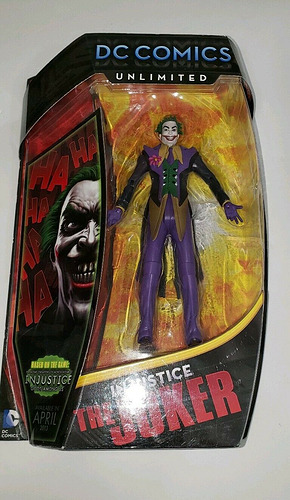 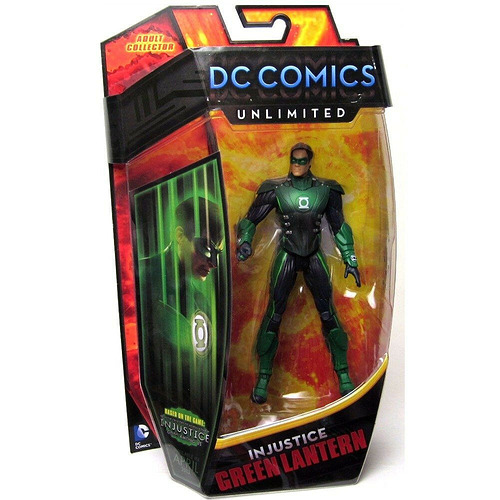 Well, first @Vroom thanks for posting this thread. Previously I had only read the first 4 or so digital issues of this, so your thread gave me an excuse to dig a little bit deeper. Spoiler alert: I’ve dug deep enough, now I’m good lol.

Tom Taylor…I’ve read other stuff by him I believe it was Marvel’s X-23 turned “Wolverine” series, the young girl. That was decent enough.

I’ve been following his Injustice: Year Zero because it features the JSA, who like the Legion have been missing as a regular monthly feature for quite a number of years now.

Bottom line: some of this up through issue 16 or 17 with the nonsensical accidental death of Nightwing by Damian was a good read, some was not really good fictional logic, and maybe due to the unrelenting horror of this pandemic, I just don’t crave the thrill of watching superheroes violently and with heavy gore dismantle each other in anger.

No question in real life if someone had even a tenth of Superman’s power, no good would come of it. Technological and biological advances have brought us wonders but look what else it’s brought- everyone has a semiautomatic to let off some steam when they need to. Folks with a Superman level of power could well do far worse than this version of Superman ends up doing.

What I don’t buy is how quickly it all happens. If Mr. Taylor had allowed a year or more to pass and have all this slowly develop, I would have bought into the premise a bit more. Most people don’t turn into what Superman does here when faced with tragedy overnight.

Anyway, I’m all set now. This series also reminded me why I’m not on Team Harley. She’s a murderer, over and over, why would I be cheering that on? Because she says jokes while she slays folks? Uh, seems a tad of an unhealthy fantasy to dwell on, again in this day and age where it’s beginning to feel unsafe to even go grocery shopping or attend a movie without kelvar on.

So far I’ve managed to get to the half way point in Year One… And since I’ve gotten to those three infamous words to be continued… I’ll be continuing to see what else happens.

Have you played the Injustice video games?

Not yet… But seeing all the trailers for it, perhaps one day as that would be a fun afternoon I’m sure.

Was Superman justified in his actions in chapter one?

Oh a tough one… I understand why Superman did what he did… Although, reading later on… When Batman mentioned to Superman starting killing even one person blurs the line between right and wrong is not worth it. Even if it could prevent other possible tragedies… Batman is right in not crossing the line!

This is how I might have gone about things.

Are you Team Superman or Team Batman?

From where I stopped right now… I’m thinking I might side with Batman.

I wonder if maybe Injustice Superman would enjoy being in the company of Red Son Superman?

Which chapter/issue was your favorite?

Well… To be continued.

Here are some of my favorite panels though from what I’ve read.

I forgot to say…

Look at the fine stitching around “Superman”. I’m glad I snagged this at the Metropolis Farmer’s Market. S’nice.

And… Continued as I finished up Year 1 this past weekend…

Boy, the second half of year one was rough especially with moments like this.

And now onto the happier moments from the second half.

And at least from Year One, I would say that the Year One Annual might be my favorite because of moments like these.

Hey hey, @ajm08g! Loved your highlights, especially the ones about social media and the elevator toilet.

Thanks for chiming in, as always.