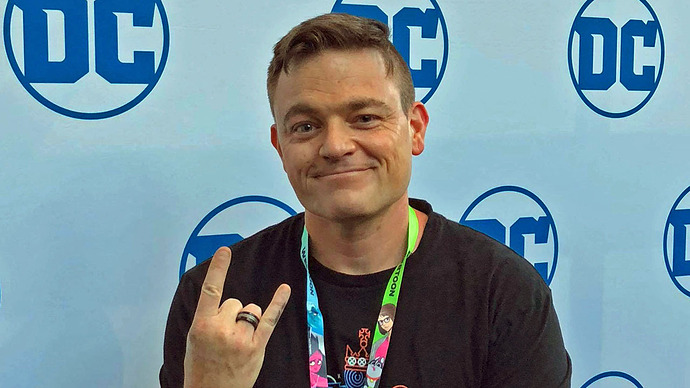 Greetings, League! Dark Nights: Metal is over, but what lays beyond? See for yourself below!

There ya be, Leaguers! Read and enjoy.

ALSO: Be sure to check out the story that comes AFTER No Justice in DC Book Club Volume 1 as The Totality is quite the total Justice League adventure.

ALSO ALSO: Thursday is the Big Day and if you don’t know to what I refer, then feast your eyes on this: 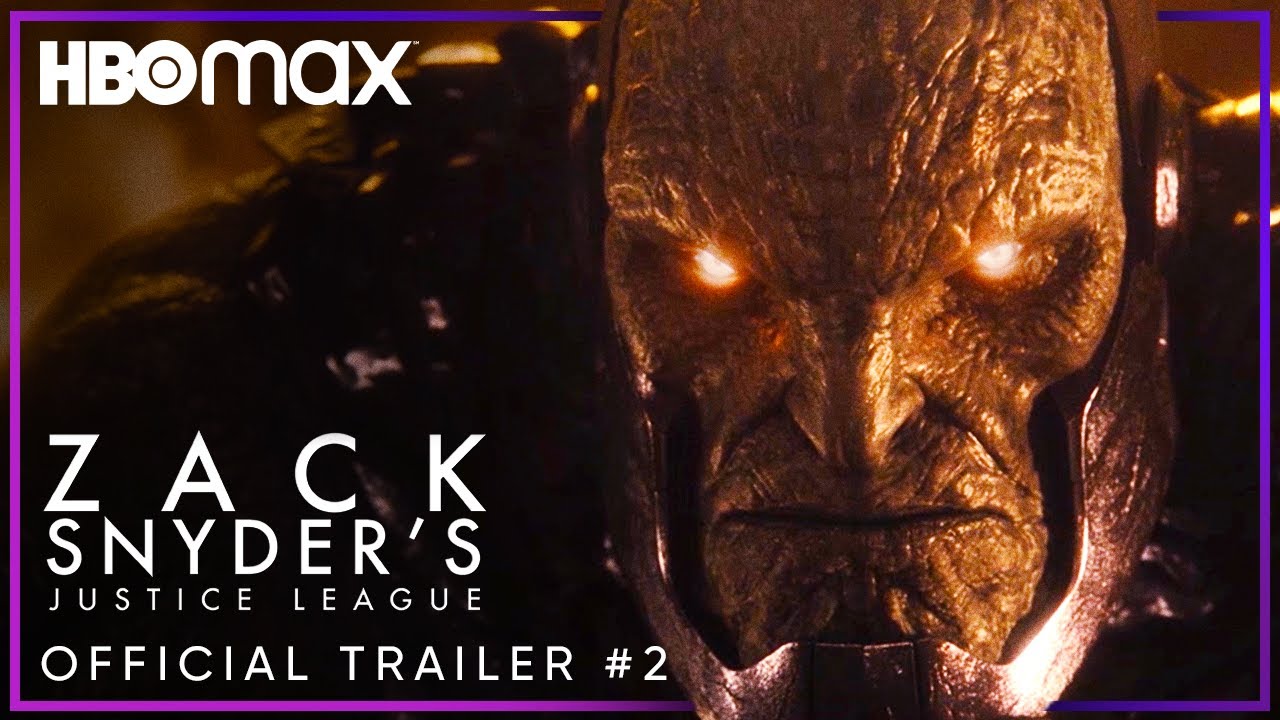 It’s Tuesday, so that means brand new comics from DC!

Given the Justice League focus in these parts, I’d like to introduce the New Release of the Week: 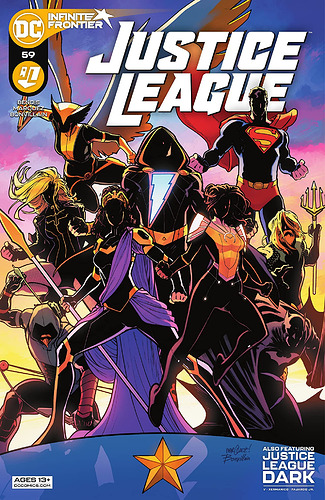 And in the backup story, dark days lie ahead for the new Justice League Dark. Zatanna and John Constantine take a road trip, only to discover horror around the bend as a friend-and sometime foe-is reborn in fire! A legend is destroyed, and another takes a terrible turn, as Merlin reveals the beginning of a new, blood-drenched plot for all humankind. So begins writer Ram V’s new journey into the abyss with the Justice League Dark and artist Xermanico!

You can also check out these nifty Snyder Cut-themed variants: 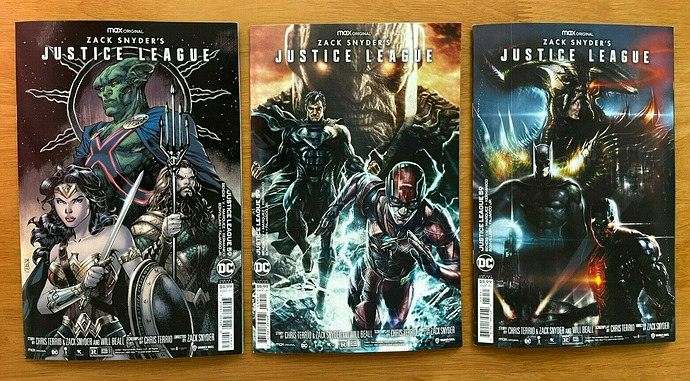 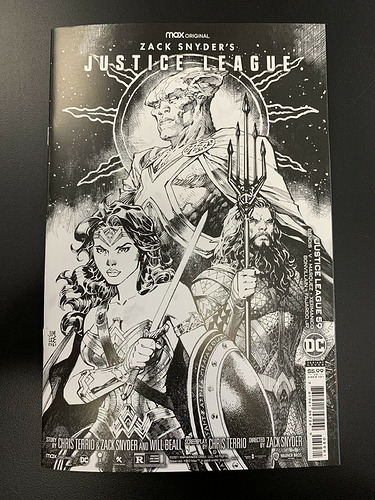 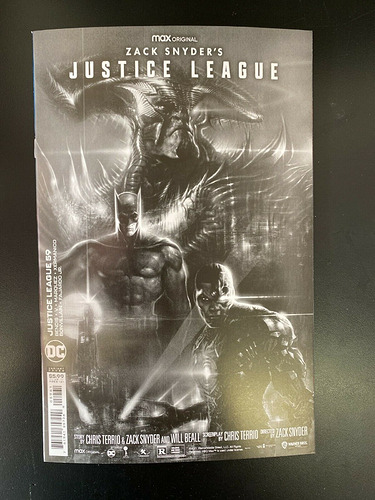 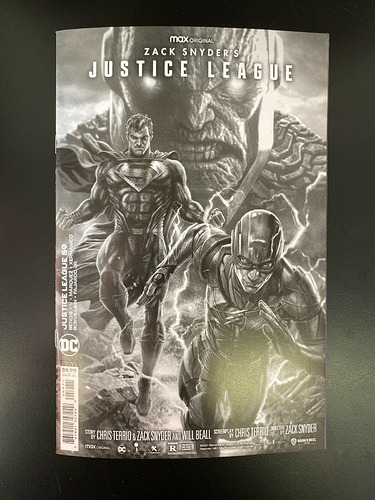 Along with this swell wraparound variant: 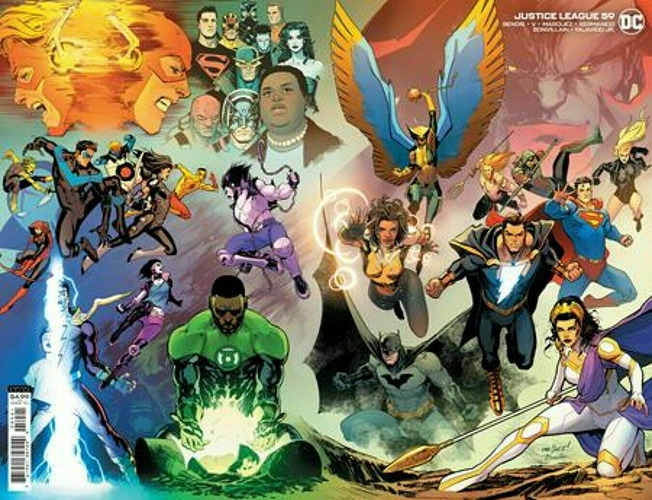 Have you read Justice League #59? If so, share your thoughts below!

Outside of Endless Winter, this is the first Justice League single issue comic I bought since New 52. This issue reminds me of the conversations found in Justice League of America back in 2006-2007 after Infinite Crisis, which I am all about. Bringing new characters to the League is a lot of fun and can create some ripples along the way, the same way Seven of Nine was brought in to break up the monotony on Star Trek Voyager.

Justice League Dark was excellent. It is a shame that this wasn’t in its own book but I will accept it as a back up story…for now.

Both stories left on big cliffhangers and I can’t wait for the next issue to get more answers.

My wraparound copy o’ JL #59 is atop my stack and ready to be read. From what I’ve seen as I flipped through it, the ish looks pretty darn solid.

Also, you hadn’t bought a single issue of a JL book since The New 52? Wowsers! You sir, have willpower. Ever consider joining the Green Lantern Corps?

Regarding Seven on Voyager, she was a solid addition to the show. Definitely spruced up the environs.

you hadn’t bought a single issue of a JL book since The New 52? Wowsers!

There was a few year gap where I wasn’t buying or reading any comics because I was way too busy with work. Then when I returned, I had DCU and I would only pick up a few mini series, trades, and seasonal specials. Infinite Frontier seemed like a perfect time to jump on the bandwagon and start getting normal comics again.

I concur IF is a solid jumping on point.

For me, 'Tec, Nightwing, Wonder Woman and The Flash are the IF books that I’m returning to in singles after having been away from them for a couple years (longer in Nightwing’s case).

BTW, your Wonder Woman: Black and Gold avatar is neat.

Thanks!!! I can make you a Yara one that will have no background if you would like.

Wonder Woman was excellent and I am really excited for The Flash. I have a feeling this era of Flash comics is gonna be sorry about all of that Wally stuff.

Give a Yara avatar a whirl, please.

I won’t promise a change as I really like my current Yara avatar, but you never know. Either way, I’d be happy to see your work as I like Yara quite a bit.

I’m excited for The Flash, especially because of Brandon Peterson being on pencils. AFAIK, he’s more known for covers than interior work, but I really dig the interior art of his that I’ve seen on other books, so I’m hoping he’ll get a decent run on Flash.

I have finished reading No Justice and it blew me away. It served multiple purposes as it launched/rebooted new Justice League books but it also had a great story. The multiple teams made up of villains and heroes was excellent and Starro. Poor Starro, never have I cared about that character but now I care.

I need to mention that I was digging Amanda Waller’s clothing. Her and Snart must shop at the same Villain-R-Us. 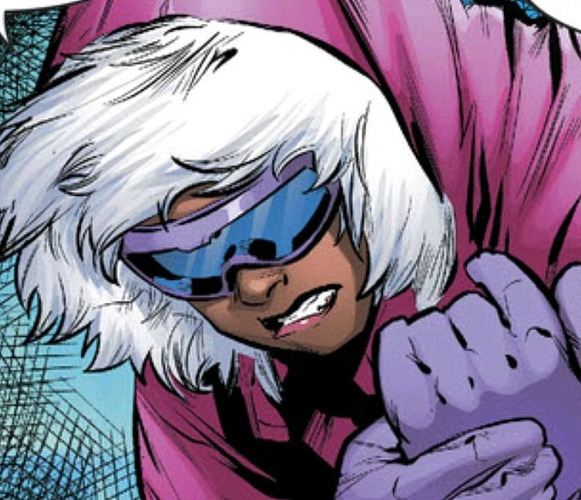 Glad you enjoyed it! What’s been your favorite post-No Justice book? I’m a big fan of Justice League Odyssey.

JLO is on my list to read. JLD is probably my favorite but I will admit to not reading as much of that as I would like to.

I like the current volume of JLD well enough, but prefer the New 52 series by a long shot.

JLO has beautiful Stjepan Sejic artwork in its initial issues (have you read them, @Razzzcat?), and while the writing is a bit rocky at first, it gets much better once Dan Abnett takes over.

JLD is probably my favorite

JLO has beautiful Stjepan Sejic artwork in its initial issues (have you read them, @Razzzcat?)

This one of many in my bottomless stack! I have the Vol 1TPB, so I know it’ll happen eventually. I need to bump it up the list is what you’re saying?

Yes, yes you do need to bump up JLO in your reading list. Tell ya what: You read it while I read Harleen and then we’ll compare notes in each other’s respective clubs on our thoughts about Mr. Sejic’s art from each title. Deal?

re-prioritizes Harleen in his reading stack

I will bump this up now so I can chat about it as well. I have already read Harleen and No Justice.

Shhh…I just want to be at the cool kids table.

I just want to be at the cool kids table.

pulls out a chair

Welcome! Sit, read and be merry! Would you care for a beverage? We just got a fresh restock of Ovaltine…

JLO is a lot of fun. Just read the first 5 issues and I will be reading more in the near future. I do think Sejic’s art is better in Harleen but that doesn’t mean it is bad in JLO. It is really good.

I also can’t help but think this feels like an X-Men book, which isn’t a bad thing. The intergalactic story is excellent as it weaves the mythology of many worlds while telling an interesting story. I was really happy to see the inclusion of Darkseid and the way his motives unfolded page after page.

Can’t wait to see @Razzzcat’s thoughts on this one!

I just want to be at the cool kids table.

I just got a chance to start it. I’ll be back!