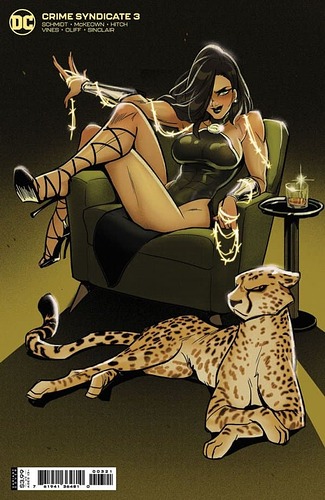 There’s no justice on Earth-3, @JusticeLeagueBookClub!

Following the events of Dark Nights: Death Metal, the Multiverse was reborn—and so was Earth-3, inhabited by evil reflections of familiar heroic faces in the DC Universe like Ultraman, Owlman, and Superwoman! Witness the all-new origin story of the baddest team of super-villains in the Multiverse.

Check out the critically-applauded, fan-favorite Crime Syndicate mini-series from 2021, where its good to be bad and evil most definitely got its time in the spotlight: 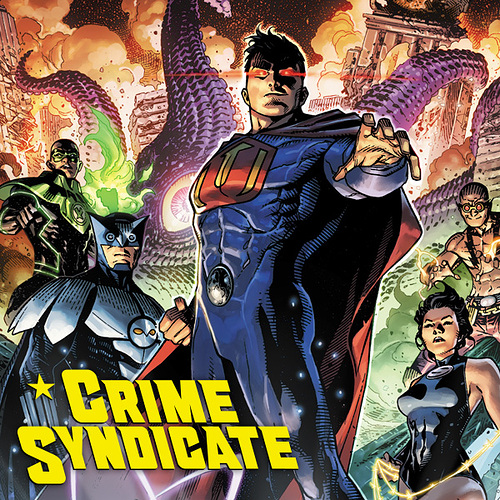 Witness the true origins of the malevolent makers of mayhem known as the Crime Syndicate, as a common foe unites them! But how long can alliances last...

Also, for those of you who are into the toys and merchandise scene, keep an eye on your Targets for this just-released Target exclusive Ultraman figure based on this week’s reading: 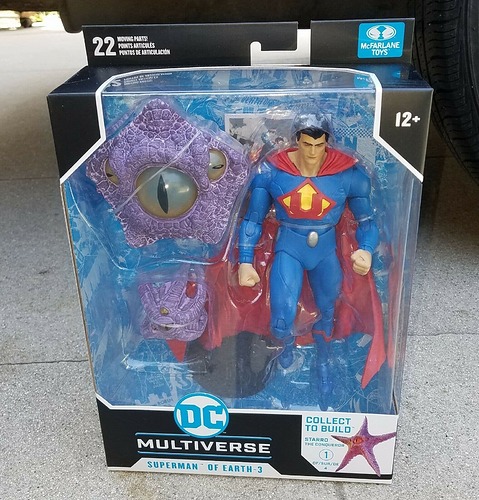 …and yes, you will be able to build Starro in full once the whole series he’s part of has been released to Target stores by the end of 2022.

Enjoy League, and be bad!

Wow that’s a great figure. I’ll have to look for it the next time I’m at Target.

The action figure industry as a whole loves it too, as the concept of “Buy everything to get one unique thing.” has been in use for decades.

Unlike other companies, McFarlane’s approach to “Collect them all to get an exclusive item!” is still reasonably affordable, so points to him for keeping his company privately-held, which reduces the need for price increases and ultimately helps collector’s wallets/purses quite a bit.

Points to him as well for releasing an entire Crime Syndicate-based wave this year as well, because the book was great and deserves merchandise.

Wow that’s a great figure. I’ll have to look for it the next time I’m at Target.

If you see an extra, keep me in mind, won’t you please?

Buying ample quantities of DC-based, figural-shaped, plastic is indeed known to warm the hearts of all, especially Mr. McFarlane.

Crime Syndicate #3 in one meme: 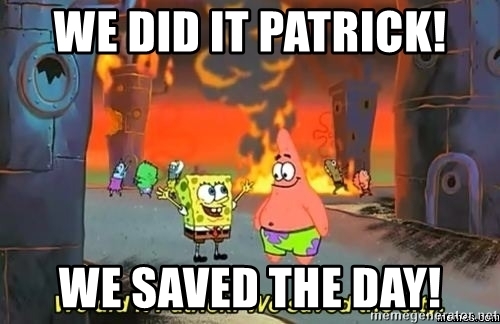 Seriously, this was a fun first half of the story. I liked how the team formed in this natural way while still keeping their toxic natures. They did some really interesting things to deviate the different universes, like having Benedict Arnold be a Founding Father. The editors notes for Earth 3 books that don’t exist were also great, to the point where I wished I could read some of them.

Also really enjoyed the back-up stories for the characters done so far. It did a good job for the most part showing these characters be close approxiations of who they are in our universe, and we see the moments of how they turned and how it affects them going forward.

I loved the editor notes to nowhere!

“Read so and so’s origin in such and such book. Oh wait, it doesn’t exist!”

If after reading Crime Syndicate, you find yourself thirsty for more contemporary Earth-3 adventure, then drink this, as it will surely quench your thirst.

This was the surprise hit of Infinite Frontier for me. I had always wanted to read the story of when the team got together and this series did a great job of that.

I think E-3 Marquis’ editor’s notes were outstanding and the backups by Bryan Hitch were a highlight as well. This series altered many of the CSA members from what they had been in the past and it worked out really well.

I think my top CSA pick is still Earth 2 by Morrison/ Quitely. 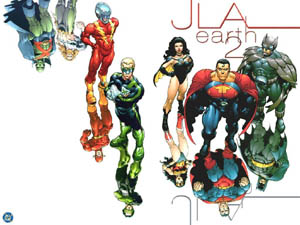 I read the first issue when it was first released in print, and was eager to read the whole thing. My only real experience with the CSA before this was in Forever Evil, and I enjoyed them there. This was a good series through all six issues, and when I finished it I was wanting more, which is always a good reaction to anything you read.

This was the surprise hit of Infinite Frontier for me.

When the initial Infinite Frontier titles were announced, Crime Syndicate was one that immediately caught my attention, as I enjoy the CS a great deal and was excited to see them get a title of their own, rather than being the heavy in someone else’s book.

I didn’t jump into this series until about a week before #3 came out, but once I did, I just dug it and stayed onboard for the whole ride.

I think my top CSA pick is still Earth 2 by Morrison/ Quitely.

Great choice. Anything JLA by Morrison (the ongoing, JLA/WildC.A.T.S, Earth 2, JLA Classified) is gold in my eyes.

As for my favorite CS tale…offhand, I’d probably go with Earth 2, given how I lean toward Morrison. If memory serves, its also the first thing I discovered Frank Quitely by.

The Syndicate Rules arc of JLA was fun though, as was Forever Evil.

My only real experience with the CSA before this was in Forever Evil, and I enjoyed them there.

My fav scene in all of Forever Evil is when Lex defeats Atomica. Truly a perfect moment for Lex.

when I finished it I was wanting more, which is always a good reaction to anything you read.

I want more from this CS too. Maybe a follow-up is in the works?

In the meantime, there’s always the War for Earth-3 crossover from last month. Have you tried that for your Syndicate fix?

One CSA pick I would send your way (since you are a Superman fan as well) is DC Comics Presents Annual #1 on DCUI. This Marv Wolfman classic introduced the Lex Luthor of Earth 3 and also you start to see hints of what Wolfman wanted to do with Superman that show up Post-Crisis.

Thank ya, thank ya.

I’ve been meaning to read that one for years and years, but now just might be the perfect time to finally crack it open.

I have read the first three issues. Very Mirror Universe a la Trek.

I liked that Superwoman was Donna Troy in this iteration. As usual, given their egos, they work very well together. I liked the flashbacks, showing how they went from hero to villain. Well except for Johnny Quick and Atomica, they were bad from the start.

I also liked that Power Ring was Jon Stewart and was not a coward. Also Sinestro. And Luthor’s strong moral fiber (fibre?).

This was a pretty fun series. It was cool to see the origin story of these different takes on these characters. Seeing how they formed as a team makes it easier to see them as a team and one that could make sense and be better used in future stories. I also dug how they added the “villains” here, like Harleen Quinzel as the “Red Hood” for The Jester, and Thall Sinestro.

So yeah, good stuff. Wouldn’t mind seeing more minis with them in the future. Maybe we could see how they would handle their version of Throne of Atlantis, or Blackest Night?