What about Japanese Anime Series based on DC’s Justice League?
They have Batman and the Justice League Manga created by Saint Seiya Lost Canvas Artist ,Shiori Teshirogi why just be based on that.
Also they have manga based on Batman such as:
.Jiro Batman Manga
.Batman Gotham Knight
.Batman Ninja

I wish they make a anime series based on DC characters such as:Superman,Batman,Wonder Woman,Flash,Green Lantern,etc. 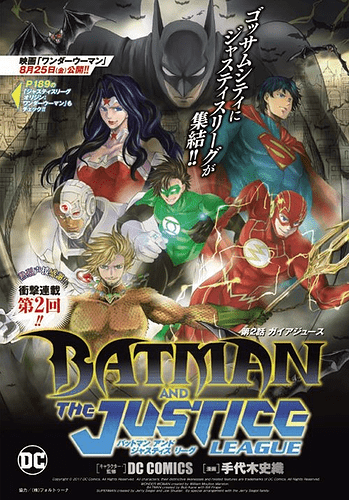 Not big into anime I but I would definitely be interested in seeing it if it happens. I did enjoy Batman Ninja so it sounds good.

I would love to see anime featuring:

I’d LOVE to see a DC animated movie with the energy, fluidity, and scale of One Punch Man or My Hero Academia! I think Superman/Shazam!: The Return of Black Adam got closest, but I want WB to fully embrace the Asian animation influence.