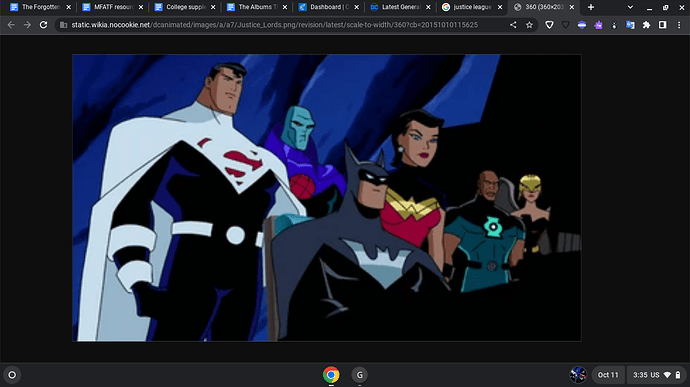 i remember not liking that episode. i don’t remember why, because it’s been a few months since i saw it, but i just know that there was something about it i didn’t like. i think it might’ve been the eerie alternate world aspect of it
i might have to rewatch it

First, I want to talk what this episode does for Flash’s characterization. Flash had a pretty interesting development in the DCAU. He started off as a comic relief, and eventually gained depth until he became a grade-A bada** during the Cadmus arc. This episode was one of the first times the idea of Flash as the moral center of the team was established. His death kicks off the entire plot of this alternate universe, showing how vital his presence is to the fabric of the team.
This episode also shows us that while Flash may be a loveable goofball, he’s smart. When Lord Batman imprisons The League, it’s Flash that devises the clever plan to get them out.

I also find Superman’s portrayal in this episode ENDLESSLY fascinating. “Superman but he turns evil” is an archetype I’m not too fond of because it so often gets done poorly, but I love the way this episode handles it. However, one aspect of Supes’ characterization of this episode I don’t see examined too much is the way it deconstructs Superman as kind of a condescending, holier-than-thou goody-goody, which I think is a frequent misinterpretation of the character.
Okay, bear with me. There are two lines that are sort of played as jokes, but I think they reveal some interesting things. In one scene, the League are fighting a bunch of evil Superman Robots, and as one of them is smashing our Superman’s head into a wall, he says, “Violence will not be tolerated, nor will a bad attitude.” That is exactly the kind of smug, moralistic stuff people that don’t like Superman think Superman says.
The other line is at the very end, in a sweet moment after Clark confesses to Flash that he’s had the same temptations as Lord Superman.
Flash: Guess you’re not such a boyscout after all
Superman: Never even made it to my first merit badge.
And I just. I love this line. This is a Superman who doesn’t take himself so seriously, he understands that sometimes you need to break rules to achieve justice. And I really love it when Clark gets snarky (which he does quite a bit in JL). Because he’s not a dumb, flying brick that mindlessly follows orders, he’s whip-smart, tactical, funny, and above all, he cares. This is a Superman with some bite, but in a way that enhances his core morals, not negates them. Superman is not a symbol of the establishment, he’s a protector of the helpless and oppressed, and I think this episode really gets to the heart of what makes Superman Superman.

This Superman is nice, but he’s not a pushover, and he never values order over justice.

Saving the best for last: Batman is really great in this episode. Justice Lord Batman is, by far, the least changed character in the league. This applies to some extent to all the characters, but it’s clear Supes has sort of gone off the deep end. Every version of Batman in this episode never once fundamentally changes as a person. And at the end, Lord Batman changes his mind and helps The League His interaction with our Batman is one of the best Batscenes in the show, period. And I find it quite poetic that the thing that makes him rethink his ways is League Batman bringing up his parents; the same strategy Lord Batman used to convince League Batman of his method Finally, Our Batman’s skills in the episode are effectively stunted. The World’s Greatest Detective isn’t much of a match for himself (again, forcing Flash, of all characters, to become the brains of the operation, at least in the scene where they get imprisoned).

This episode codify the Justice League as a team that follows a rule of altruism but it also shows it’s potential drawbacks.

Regardless if superman didn’t want Luthor out, it was to protect the world and more importantly it’s freedoms. The justice lords believed in protecting earth but did so in disregard to people’s freedoms and other’s safety

It’s easy to assume the Justice League don’t have a moral philosophy because they are a team that follows similar rules of other superhero teams but that’s because they codify it at this point. What defines the league most often is this belief to protect people no matter what. No matter if they are a Lex Luthor or if the heroes themselves die in the process.
Arguably the reason you would see stories where these dc heroes become tyrants or authoritarians is because they take this notion to a logical extreme.

I think the interesting thing about that is that even if killing Luthor would be easier in the short run, what makes Superman a hero is his unwillingness to take the easy route

I mean for me that sorta what the league is about. The sacrifice of personal well-being and personal beliefs for a cause that protects and helps others, regardless if they are civilians or villains.

Like my personal favorite moments would be the old Justice League comics like during JLA: Detroit era when Zatanna contemplated letting a man who kept her prisoner and tortured her to harness her powers, suffer unimaginable horrors in his mind. Gypsy disagree with her that no matter who they are or what they done The Justice league saves everyone who needs help. 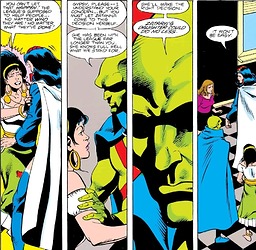 Martian Manhunter during the International era had to make a choice between allowing a parasitic alien take over the planet or contain it within himself for the protection of Mankind. 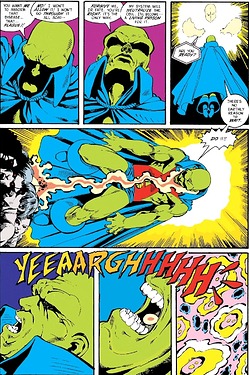 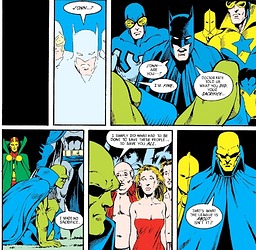