According to Batman Special #1, today is the anniversary of Thomas and Martha Wayne’s deaths, and, in a sense, the day Batman was born. I plan to celebrate by not watching The Mark of Zorro and being murdered! 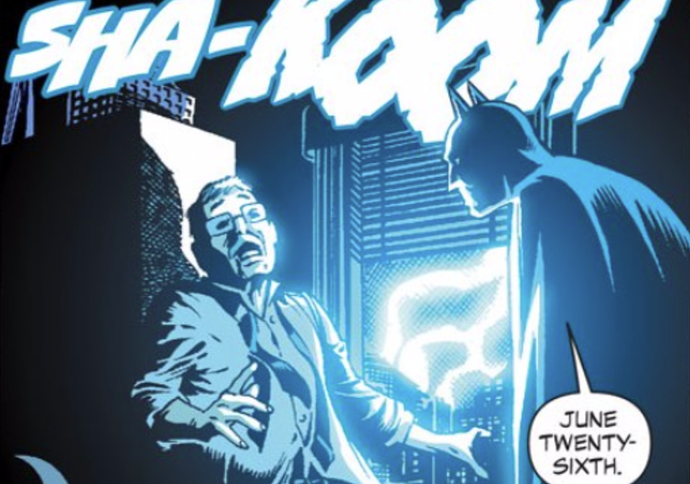 I’m going to put on a pearl necklace and be shot in an alley in honor of this special day.

I tend to avoid getting murdered everyday, and I have yet to watch the Mark of Zorro. Sadly, this won’t make the special day seem all that special. Maybe a Batman marathon would be more apropos in my case.

Is a chocolate cake decorated with white frosting pearls appropriate?

NOT IF YOU GRILL IT

The Mark of Zorro (1940) is magnificent. The earlier silent one is tainted by the blood of the Wayne family…

If you’ve never seen the 1940, Tyrone Power & Basil Rathbone version, you are missing out.

A great film and with some of the best sword fights ever put on film. Both Tower & Rathbone were quite good fencers.

Worth tracking down and watching.

And the 27th is Ambush Bug Day

I bought the original DVD release of it when I worked at a video store. One reason being that I like Zorro and the other because of its influence on Batman himself.